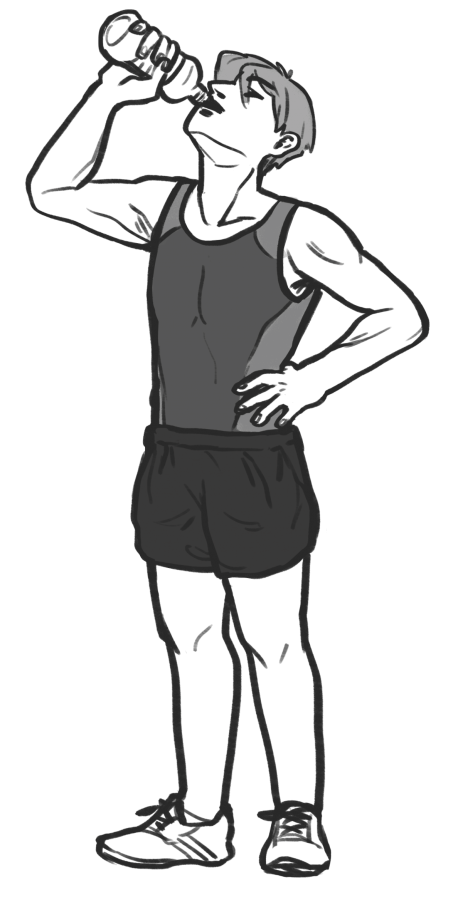 As seniors stress over the uncertainty of their futures, many student athletes have already committed to top-tier universities—because they were recruited.

It’s unfair for athletes to reap admissions benefits other students don’t receive. Athletic recruitment is often used as a way to get a foot in the door of colleges. Though athletes spend hours upon hours playing sports, we must remember other students are multifaceted as well, but colleges only recruit athletes.

According to the New York Times, the Ivy League’s Academic Index (AI) determines minimum admissions eligibility: a B-average student with a 1140 out of a 1600 SAT score. is is a surprisingly low bar for highly selective institutions. However, straight-A non-athletes with perfect SAT scores still have heartbreakingly low prospects comparable to winning the lottery. According to Naviance, the average Gunn student accepted to Princeton, for example, has a 3.98 unweighted GPA and a 1551 out of a 1600 SAT score—far higher than the AI-established minimum. Thus, the AI does little to ensure athletic recruits are academically on-par with other applicants.

Many student athletes do deserve to go to selective colleges, since sports are an extracurricular, and they usually have good grades and other activities to complement that. But it’s the process that’s unfair, since it allows them an exclusive second method of acceptance. If many athletes can get in without recruitment, then they should undergo the same process as everyone else.

Colleges, as businesses, want athletes to help improve the school’s public presence. When people see a strong football team on television, they have a positive impression of the institution’s reputation. In reality, athletes are getting in on capitalist technicalities. This is no different from Jared Kushner’s acceptance to Harvard.

Furthermore, according to the NCAA, Division I and II schools provide over $2.7 billion annually to over 150,000 student athletes. However, merit-based scholarships for other applicants are few and far between. Thus, many students must either rack up tens of thousands in debt or give up top choices for cheaper state schools or community college—a dilemma athletes are less likely to experience.

The recruiting process offers a sense of security only to athletes. Currently, athletes’ likelihood of rejection is lowered significantly with recruitment. Their recruitment mail also holds more weight than general propaganda. When college coaches send athletes letters, students know their chance is actually realistic. Without the insecurity of not knowing their chances, athletes can create more targeted college lists with fewer reach and safety schools.

In fact, much of the stress isn’t trying to get into the highest-ranking colleges per se, but waiting. Recruited athletes are often notified earlier, many actually committing before October ends. However, other students, including visual/performing art students who submit portfolios, aren’t afforded those privileges of recruiting and early notification. In addition, the privilege of submitting portfolios is usually reserved for those who actually major in that art, unlike recruited athletes, who can study something unrelated to sports. Thus, there’s no way non-athlete applications can be considered before the designated deadline. In fact, students must wait until December at the earliest.

The extra admissions benefits awarded to athletes are symptoms of the unequal value colleges place on different talents. While an athlete is given a special college process, non-athletes’ Common Apps must sum up their activities and honors in under 150 words. That dichotomy speaks volumes.

Colleges should realize that students’ worth is more than their bodies’ physical strength and endowment. By prioritizing athletes over others who have a variety of hobbies, personalities and identities, colleges are not truly evaluating the whole self and practicing “holistic review.” Colleges should provide all applicants, athlete, or not, an equal playing field. Only then can the college recruitment process truly be fair.