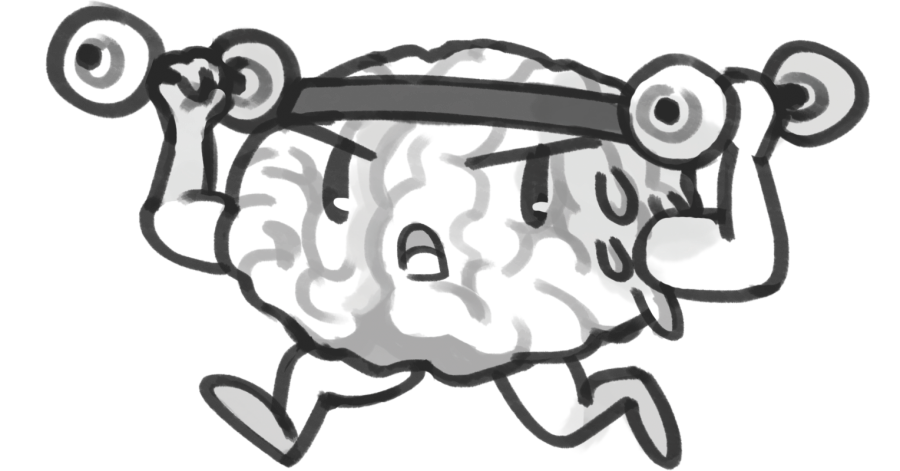 Baseball Hall of Famer Yogi Berra once famously said that “90 percent of the game is half mental.” Athletes spend hours and hours each week looking to improve their physical condition, but as recent studies have shown, what really can separate the good from the great is a refined mental attitude.

Varsity tennis player sophomore Olivia Aspegren says that the mental aspect of tennis is extremely important. “When you’re losing a match, you have to remember that it’s never over,” she said. “If you give up, then it’s just so much harder to play when you’re not being positive and you’re not still in it.”

Ted Huang, a second-year master’s student in sports psychology at John F. Kennedy University, says that the mentality of athletes can have a significant impact on their performance. “I don’t want to put it into one category, but if you look at the very top level of sports, the difference in physical ability could be less than one percent,” he said. “Part of what got me interested in the mental side of sports is that, having run two professional cycling teams in my past, [I’ve seen] many talented, physiologically gifted athletes who could not put it together in the races. And I realized that there’s something to be said about having the mental fortitude to push through challenges or obstacles.”

Aspegren attests to this sentiment; one of her biggest challenges is staying in the moment during matches. “Often, I will make a silly mistake like hitting an easy shot in the net, or I’ll double fault and continue to think about that after the point,” she said. “This can hurt my play and make it hard for me to regroup.”

Varsity swimmer senior Kyle Fendorf says that although he does not have a pre-meet routine, he focuses mentally before practice by keeping everything familiar. “Just focus on keeping everything as similar as you can to when you’re not in competition, because I feel like if I take myself out of my normal mindset it just gets to be too much pressure,” Fendorf said.

Fendorf has also found ways to cope with pressure at bigger meets. “If you feel yourself [under] pressure, just kind of focus on the smaller details,” he said. “For me, that’s an easy way to take off pressure; just focus on the small stuff so that the big picture doesn’t matter as much.”

Huang also suggests incorporating breathing techniques into pre-competition routines to stay level-headed. “I think what’s foundational to improving the mental game is breathing,” Huang said. “The foundational component of that is [something that] I call Circle Breathing, which is diaphragmatic breathing where you breathe in through your nose and then push your diaphragm down [while you] breathe out.”

According to cross country coach PattiSue Plumer, trusting oneself and one’s training is beneficial to an athlete’s mentality. “One thing we talk about is not letting your pre-conceived ideas get in the way,” she said. “We talk about how you can’t decide ahead of time that you can’t do something. Your training is going to allow you to do things that your mind maybe hasn’t caught up to, and you have to make sure that you don’t get in your own way.”

Plumer also gives her athletes mental exercises to work on outside of practices if they feel they need it. “We do some visualization,” Plumer said. “I think athletes have to be ready for that, and they have to be open to it. If they’re not open to it, visualization doesn’t really help, but there have been a ton of studies that prove that visualization helps to some extent.”

Aspegren’s advice is to stay present during competitions. “Don’t give up,” she said. “I know it sounds kind of cheesy but it’s really true. Just try to stay focused and in the moment. Don’t think about what happened before, don’t think about the future, just think about what’s happening right now.”

According to Fendorf, the mental aspect of swimming has taught him valuable lessons that help him in other aspects of his life. “It’s taught me hard work, and the ability to not sweat the big picture and just focus on the small stuff,” he said. “Also perseverance [and] being able to pull yourself back and say, ‘There’s going to be another chance.’”