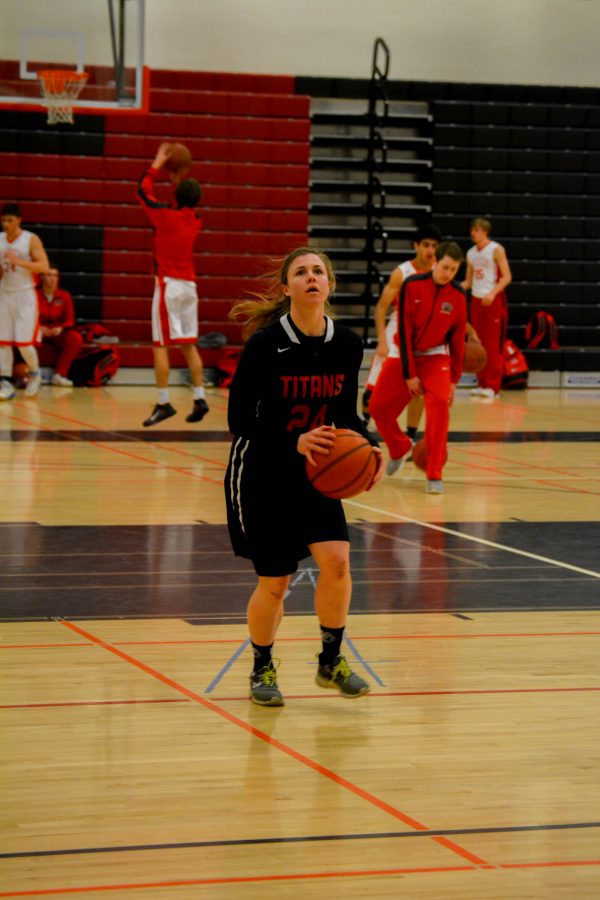 The girls’ varsity basketball team has started its season with a 4-4 overall record and a 3-2 conference record. Co-captain senior Archer Olson is happy with the start the team has made, and believes the teams they have played have helped them improve drastically. “We played a lot of powerhouse teams in preseason—schools such as Pinewood and Mitty—who have won a lot of state championships in the past few years,” Olson said. “It’s been really good competition that can help us do better in league and CCS.”

Co-captain senior Georgia Hake agreed that becoming league champions and winning CCS are their season objectives. “We decided we wanted to win CCS and hopefully be league champions of SCVAL [Santa Clara Valley Athletic League] and just try to have a really good season,” Hake said.

Overall, Olson and Hake love being on the team. Their favorite part is the heartfelt relationships they formed with their teammates. “We are all really good friends,” Hake said. “We are like one big family, and we enjoy spending time with each other.”