Get The Inside Soup: Sweet Tomatoes 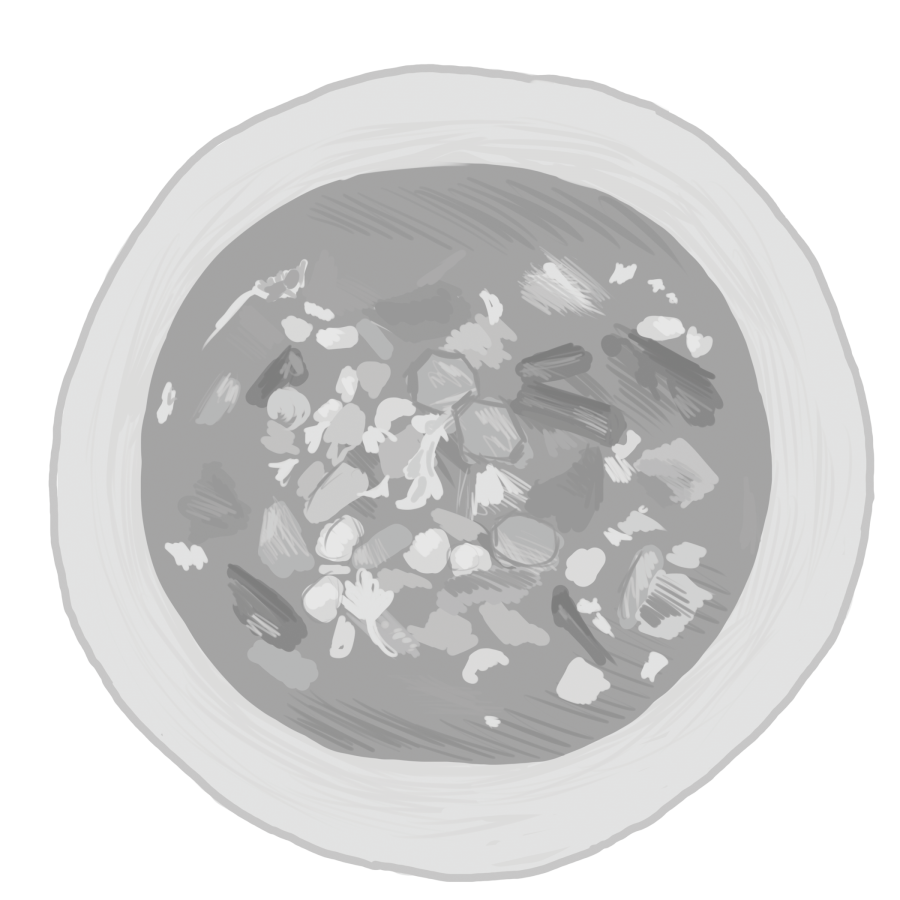 Upon walking into Sweet Tomatoes, I was instantly reminded of Fresh Choice– a childhood favorite of mine. Both are buffet-style restaurants that serve all-you-can-eat soup, pasta and salad for a relatively low price. With fond memories of Fresh Choice’s soup fresh in my mind, I had high hopes for Sweet Tomatoes. Taking advantage of the all-you-can-eat style, I tried three kinds of soup: Yankee Clipper Clam Chowder, Deep Kettle House Chili and Seven Vegetable. I was a little disappointed with the appearance; the soups looked chunky and questionable, but I was determined to keep an open mind. I really wanted to like the soups but, unfortunately, the taste matched the appearance. The vegetable soup was mostly salty broth and onions, although I did get what looked like a chunk of cauliflower, so at least there’s that. The clam chowder was extremely salty, and the chili was–you guessed it– salty, yet somehow watery at the same time.

Solely based on the soup, Sweet Tomatoes gets two out of five stars from me. They do, however, have a few things going for them. For starters, the decor was fantastic. The walls were painted a pleasant light green and hung with pictures of fresh produce. Unfortunately, that fresh produce didn’t seem to make an appearance in the actual food served there. I’m a sucker for soft serve ice cream, so the fact that they had that alone brought their overall score up from two to three stars. If you find yourself at Sweet Tomatoes, skip the soup and pasta and go for the salad and flatbread. Pro tip: (I saw a small child do this, and I copied him) use a soup bowl instead of a cone for the soft serve, and don’t skimp on the toppings!