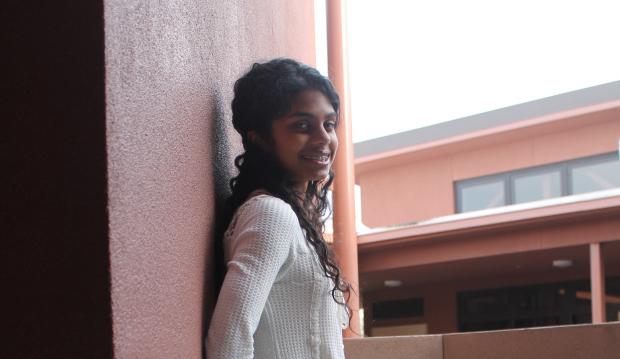 Senior Priya Thomas joined the ranks of 167 finalists of the National YoungArts competition, making it into the top 8.67 percent of applicants receiving one of the nation’s highest honors for writing. She became one of over 20,000 alumni who have gotten this honor in the past and is now eligible for special workshops, trips, scholarships and an opportunity to be nominated as Presidential Scholar of the Arts.

For Thomas, the award came as a surprise. “I didn’t really realize how prestigious the organization was, and I was definitely very surprised when I went there to see all these really talented people and authors,” she said.

As part of her award, Thomas recently attended the National YoungArts week in Miami, Florida, held from Jan. 8 to Jan. 15. There, she got a chance to meet published authors and guest artists and attend several workshops, such as ones focusing on writing, revision and interdisciplinary studies. The finalists also had an opportunity to perform a two-minute section of their writing for faculty and participants, as well as a chance to listen to performances in other disciplines.

Although the experience was at first intimidating, Thomas feels like she gained a lot from it. “I definitely felt overwhelmed by all the talent, but I’m really glad I went,” she said. “I met so many cool people, and they really emphasized the importance of generating material and writing consistently. You don’t have to feel inspired all the time, but you should still just keep at it.”

Thomas was given this honor for a novel that she has been working on in pieces since seventh grade.

The novel depicts the life of a girl with Obsessive Compulsive Disorder and is written as a set of memories from diferent periods of her life. It is loosely based on Thomas’ life. “The characters are all fictional,” Thomas said, “but the story is essentially mine.”

For Thomas, writing provides the opportunity to sort out the events of her life. “Writing has always been my way of processing my own life and things that are happening in it,” she said. She originally began to write several short stories on the subject in order to do this, and during her time in Creative Writing she decided to turn the stories into a longer body of work.

Creative Writing teacher Tarn Wilson also served as the first reader for the novel. Thomas’ story struck Wilson with its emotional power and sensory detail. “Her writing is very emotionally honest, and she uses metaphors in very fresh ways that makes you feel an emotion that doesn’t really have a name,” she said. “She’s very brave in the emotional places that she’ll go with writing.”

Wilson also noted that Thomas’ writing stands out for its sophistication. It is “mature in the topics and the approach, and control of language, and… the subtlety of observation,” she said.

Thomas enjoys writing because it plays to her natural strengths. She sees it as a tool to help her slow down and think through things, as she enjoys doing. “Since I’m quiet, I can’t always say what I want to say on the spot,” Thomas said. “I like writing because it gives me the time to shape my words.”

Thomas plans to continue writing throughout the rest of her life, although she is not sure whether or not she wishes to write professionally. “I know it’ll always be something I do for myself, but I’m not sure if writing as a career might take the fun out of it,” she said. Regardless, she will continue writing as a way to express her emotions and make sense of the world around her.