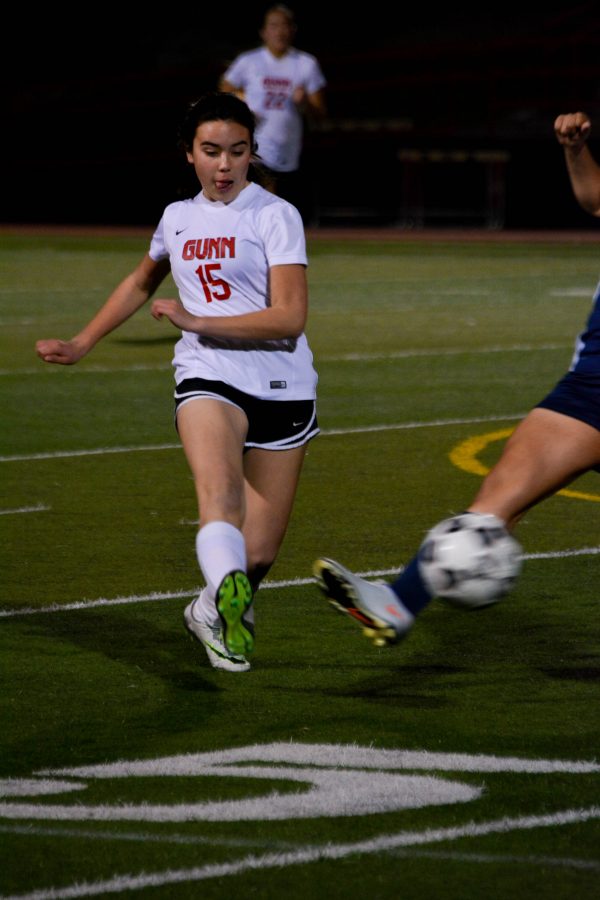 With eight wins and zero losses, the girls’ soccer team is currently undefeated and first in the Santa Clara Valley Athletic league. The team hopes to maintain that title and qualify for CCS for the fourth year in a row.

According to coach Juan Mayora, the team had a rough start but has progressed as the season has gone on. “At the beginning it was a little difficult, because I had to get to know them and they had to get to know me,” he said. “We tried to find the right formation and chemistry, but I’ve gotten good responses andI haven’t gotten any complaints.”

The Titans continue to grow and support each other. “ There is not so much competition for playing time because we’re all very respectful of each other,” senior Inger Smuts said. “Everyone on the bench is super supportive and really happy for each other’s successes.”

In addition, being able to communicate effectively is a key asset during practices and games. “On the field, even if we’re yelling at each other, there’s nothing spiteful,” junior Ainsley Roh said. “We know everybody is always kind and supportive.”

To keep the team rolling, Mayora finds a balance when coaching. “Sometimes I have to be a little strong, but my main job is to motivate them and be positive,” he said. According to Smuts, Mayora’s challenging program is necessary for the team to do its best. “He has really high expectations for us, but for me, it works really well because I know what I have to do to succeed,”Smuts said.

As the girls head into the second half of their season, the team is not only focused on keeping up its game, but also its morale. “It’s important to build the culture because you’re representing your school,” Mayora said. “I’m trying to bring back the spirit of being proud that you play for Gunn; you’re a Titan and do the best you can.”