Seniors, teachers prepare for Clash of the Titans game 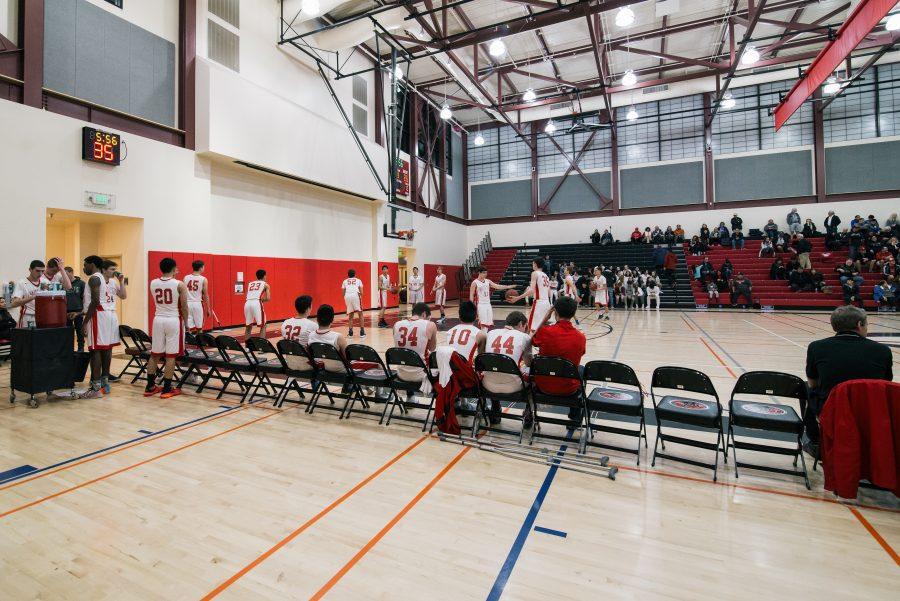 Clash of the Titans, Gunn’s annual, highly-anticipated basketball game between seniors and staff, will be held on March 8 in the Titan Gym. One change has been made to the format of the event: the addition of a half-time performance from the dance team.

Since basketball is a popular sport in the Gunn community, Sports Commissioner senior Fred Reitman sees Clash of the Titans as a way for students and staff to come together for a high-energy, fun event. “It’s a great way for staff and students both to bond and for the whole school to meet and bond over one thing,” he said.

In Clash of the Titans, seniors without competitive basketball experience are coached by students on Gunn’s basketball team, and then compete in a game against the teachers. Senior Sahib Gill is a coach this year. “I just love basketball and the game and can’t wait to coach my friends who don’t play and have a good time,” he said.

Senior Anushka Joshi, who will play on the student team, has anticipated the moment when she would be able to play since the first time she watched Clash of the Titans. “Ever since I was a freshman, I had been going and seeing the seniors play every year,” Joshi said. “And I was like ‘Wow, I can’t wait to be able to do that’…I was excited by the tradition and to be able to be a part of it.”

Even with only two practices, Gill is confident of the team’s ability. “I think we’ll definitely be ready by the time the game comes,” he said.

Although Clash of Titans certainly requires athleticism and a certain amount of aggression, chemistry teacher Elana Zizmor appreciates that the event is not overly competitive. “In general, the experience has always been a lot of fun,” she said. “There’s a lot of energy and a lot of camaraderie, and I just really kind of enjoy the atmosphere, and that’s probably one of the reasons I keep coming back to play.”

Reitman believes the audience will be impressed by the teams, even if none of the students or teachers play competitively. “I think if everyone has fun and everyone plays well, people will get wowed by some of the skills of teachers and seniors alike,” he said. He hopes that people in the stands cheer loudly for the students and teachers.

As the event approaches, Joshi’s excitement comes from the opportunity to be in the spotlight. “I think it would just be cool to have all those people watching you and playing against the teachers,” Joshi said. “I know I won’t be good, but it’s still a fun adrenaline experience.”