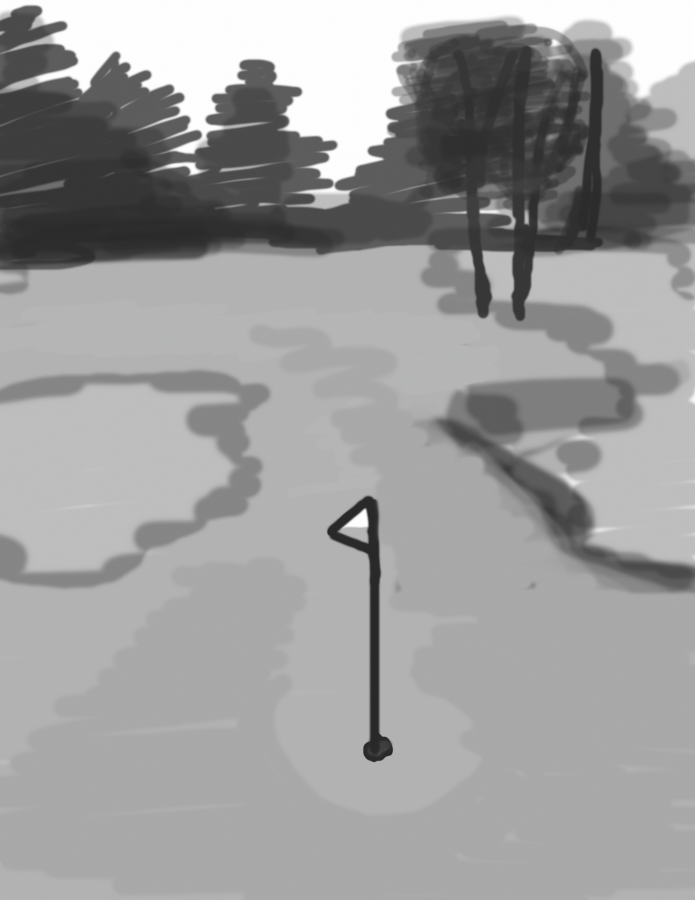 Not many students participate in three school sports a year. Sophomore Jake Humble is one of these outliers—he has played football, basketball and golf this year. Humble decided to do three sports after his friend convinced him to play football. “One of my friends joined football and originally it was just going to be basketball and golf because basketball is my favorite sport and golf is something I have always been good at [but] my friend convinced me to play football, so I went out and joined the team,” Humble said.

Humble really enjoys all three of his sports, especially basketball. “My favorite sport was basketball because I grew up here with all my teammates,” he said. “They’re like

my brothers, and it’s just fun to see them everyday and play with them.” Since Humble must juggle three sports, he isn’t left with much free time to spend on academics. Fortunately, Humble’s P.E. prep has been helpful for making up for some of that lost time. “The prep really helps out because sometimes I can go eat or get homework done at the library,” he said. “Practice doesn’t normally start until later times so there is always time after school for me to get stuff done.”

Along with all the fun that comes with three sports, there are also a lot of difficulties. Humble finds it easy to become out of practice after one of his sport’s season ends. “One difficulty is getting back into the sport after you finished one of them,” he

said. “I was very rusty when I got back into basketball and now [the] same thing is happening with golf.”

Humble’s favorite part of playing three sports is the exposure to new people, and the feeling of being part of a community. “Being on a team and meeting new people are big parts,” he said. “I also love the prep; it gives me time during the school day to relax or get some work done.”

The key to a triple sport athlete’s success is to possess great time management. Balancing the constant practices, games and schoolwork can be a difficult feat that many don’t attempt. Humble, however, continues to enjoy the challenge for the camaraderie, friends, and athleticism it provides him.