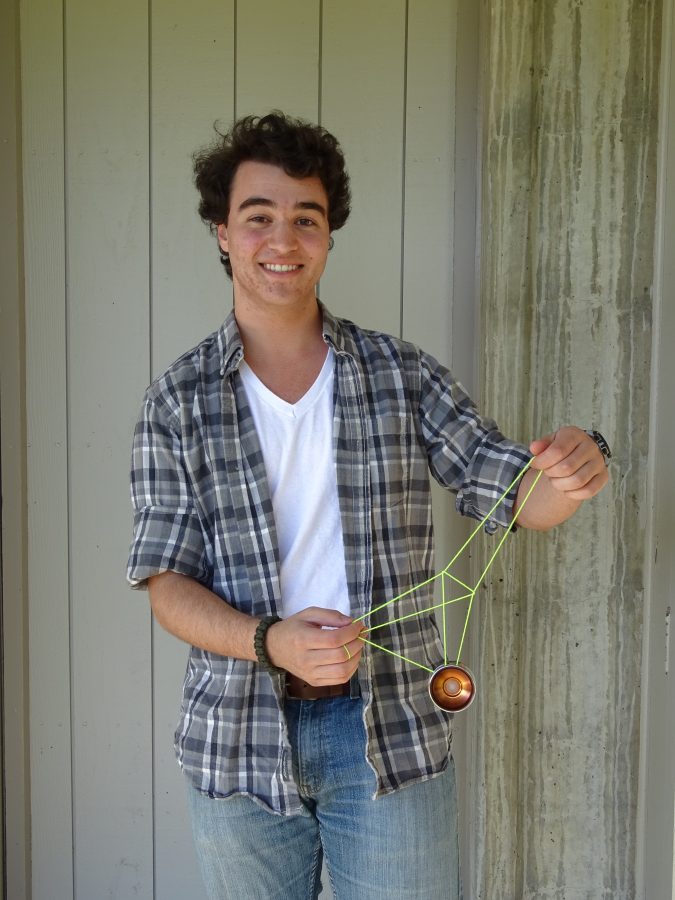 For senior Ze’ev Yehuda, yo-yos aren’t just a toy—they are a way to meet new people. The inspiration to start yo-yoing came from an unexpected source after Yehuda moved to California. “I started doing my own laundry at around the same age. That’s probably how I got good,” Yehuda said. “The presence of spinning clothes inspire[d] me.”

According to Yehuda, yo-yos are available for everyone to enjoy, even for first timers. “There are yo-yoers all over the place,” he said. “Here, there, in trees, under rocks. You can’t hide from us.”

His favorite part of yo-yos, however, isn’t the toy itself, but the people who come with picking up this skill. “I get to be a part of such a colorful international community,” Yehuda said. “I have friends and coworkers from places I can spell, places I can’t spell and places that can’t be spelled. Our incredibly strong fingers unite us.”

Although Yehuda initially started small, he has gained recognition for his talent locally. “I practiced on the corner of Pomona every day after school, during middle school,” he said. “I’ve been approached by at least 10 people every year since who ask me if I’m the yo-yo guy.”

In addition to the local fame, Yehuda has had the chance to partner with multiple companies to create yo-yos at an international level. “I design yo-yos for China to produce, Germany to profit off of and Japan to win competitions with,” he said. The prototypes of those designs were first selected by the companies and then tweaked to eventually produce a real product. Some of Yehuda’s best de- signs, the iYoYo FiRROX Bi-Metal Yo-Yo and the iYoYo HiDRA, are currently available on sites like YoYoSam and YoYoExpert. Yehuda doesn’t currently have future plans for yo-yoing, but he hopes to continue with it as a hobby. “I came for the yo-yos, but I stayed for the people,” Yehuda said. “It has its ups and downs, but altogether it’s a great way to fill empty moments.”