Lack of self-care should be deglamorized 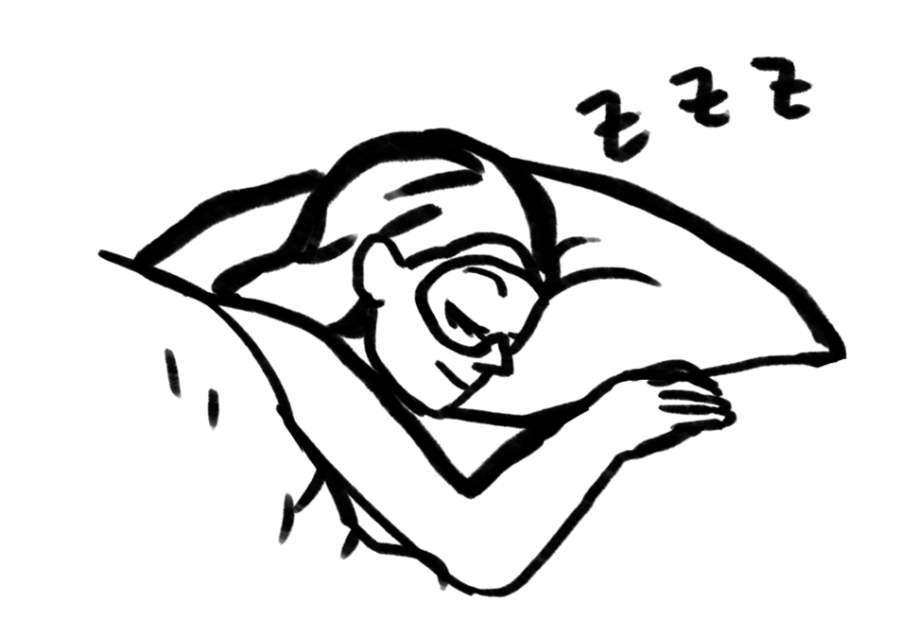 Most Gunn students are familiar with the statement, “I stayed up so late studying for my math test, I only slept three hours last night!” If they haven’t used it themselves, they’ve almost certainly heard it from a friend. This isn’t surprising, as glamorizing lack of self-care is now the norm at Gunn. This echoes a national issue in which self-care is downplayed in favor of work and social lives. People who spend time on self-care are called lazy or unproductive, while skipping meals and sleep for work and school is considered admirable. The tendency to romanticize not taking care of oneself leads to an unhealthy dynamic in schools in which students feel pressured to take worse care of themselves in order to fit in.  Lack of self-care as a way to compete or connect with others or prove one’s academic strength should be deglamorized in order to create a healthy atmosphere at school in which taking care of oneself is valued.

Staying up late or skipping lunch in order to work on homework is considered a mark of academic success and effort. This leads students to ignore the importance of their health, and even purposefully take worse care of themselves in order to look like they’re putting in more effort. In fact, according to a 2015 Stanford study, 76 percent of Gunn students have skipped sleep in favor of homework. This is an alarmingly high percentage, caused by the idolization of students who seemingly spend all their time on schoolwork. Students who take good care of themselves or prioritize their health over their schoolwork may begin to feel guilty for this, leading to a lowered self-esteem. Such a trend leads to the popularity of neglecting self-care in favor of homework.

Several studies have shown sleep to be directly linked to academic performance, yet the glorification of not taking care of oneself leads to the idea that in order to perform well academically, students must skip out on sleep. According to the National Institutes of Health, sleep deprivation leads to a lower grade point average because of its negative effect on focus and memory. Sleep-deprived students are unable to retain information from the schoolwork they skip sleep to do. For students running on too few hours of sleep, homework can also take longer, leading to even later bedtimes. Although data clearly shows that a good amount of sleep (a recommended eight to 10 hours a night) is vital for academic achievement, romanticizing lack of sleep at Gunn has lead to the belief in many students that the only way to do well in school is to stay up late studying, hereby missing valuable hours of sleep. Students also skip lunch, an important time to spend with friends and eat in order to take a break from school, in order to do homework. Although some students genuinely believe that in order to get good grades they must neglect themselves, others deliberately take worse care of themselves in order to look like they’re putting in a greater effort. This warped perception of what is needed for academic achievement is a direct result of glamorizing bad self-care habits.

Some people may call humble-brags about bad self-care “just jokes,” meant to be taken lightly and point out that students already know how to take care of themselves. Although such students may know this in theory, they are clearly not applying it in practice, as 76{74e2084e47f46e06e62dbba283cef78e0e039417a59d0bb63ac31908f44b1eca} of Gunn students go to bed after 11pm, and most Gunn students get an average of seven hours of sleep per night, two hours less than the recommended amount. Treating a serious issue such as lack of self-care lightly encourages the idea that it isn’t important to take care of oneself, and that self-care is simply something to joke about. Just as students should not joke about health or other sensitive issues, they should not joke about self-care.

In order to encourage healthy habits at Gunn, it is crucial for students to stop bragging about how little they take care of themselves. Lack of self care is an important issue and needs to be treated as such. When students hear their friends bragging about their bad self care habits or idolizing students who chose not to take care of themselves in favor of academics or social time, they should step in to express their concern for their health. Although some students already do this, it is currently far from the norm, and needs to become such if self-care is to become a priority. Staff should also take the opportunities they have to remind students of good self-care habits. If the conversation at school shifts from glamorizing lack of self-care to condemning it, students can become healthier and excel still further in their academics.