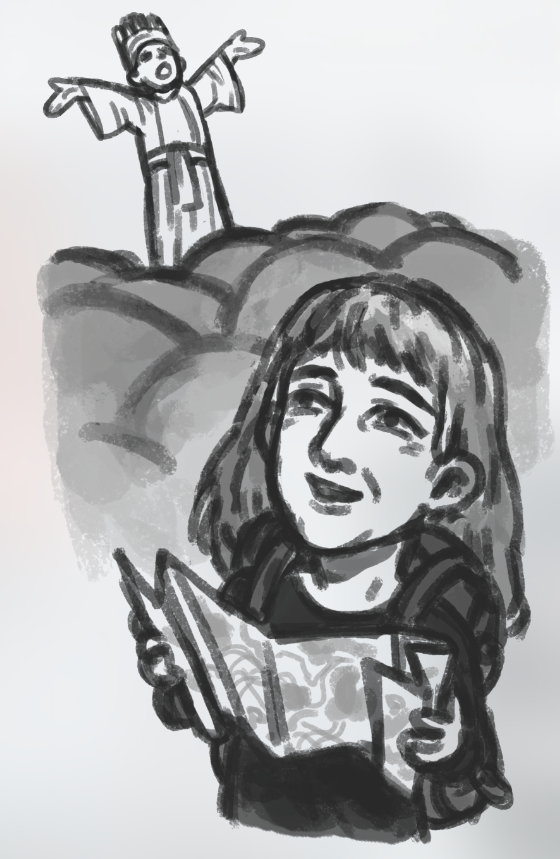 Although she’s been teaching math for 25 years now, Diane Gleason took many turns in her life before settling on education. Upon graduating from Cubberley High School in 1976, Gleason attended Foothill College and took electronics courses. However, after a few jobs assembling and testing computer boards, she realized she was not great at it. “Luckily, the company [I was working for] closed down because I had no idea what I was doing,” she said.

After Gleason lost her job, she backpacked through Europe for four and a half months in 1981. There, she hung out with the Moonies, a cult made up of members from the Unification Church led by Sun Myung Moon. “Back here, in California, everyone knew who they were,” she said. “They were a cult; they were scary—people heard stories of kids being brainwashed [by these people].”

Gleason encountered the Moonies in Amsterdam when a stranger passed her a flyer and described an evening program at a cathedral. “I went a couple evenings in a row; it was nice and a good change of pace,” she said. “Then one day, I walked down a different hallway and there was a picture of Reverend Sun Myung Moon.”

Upon the sudden realization that she was with the Moonies, she was invited to a weekend on the coast. She decided that she could resist brainwashing, so she said yes and spent the next months attending numerous workshops where the Moonies attempted to convince her that Sun Myung Moon was the second coming of Christ. Although Gleason remained unconvinced and never officially became a Moonie, she enjoyed her time with the group. “I hung out with them because they were really caring and really wanted to make a difference in the world,” she said. “I was sort of just a groupie for a while, as I was trying to figure out what I wanted to do.”

Finally, however, Gleason returned to the Bay Area because she did not want to abandon her horse. She stayed in La Honda while working at a travel agency in Palo Alto. Then, in 1983, she went back to school and got a business degree at Cal Poly San Luis Obispo. During her next job selling micro-computers, Gleason decided she needed a change. “I got annoyed at [my boss] for looking over my shoulder all the time, and I wanted something with lots of autonomy,” she said. Thus, she got her teaching credentials at San Jose State University and chose math, because that was her favorite subject at school.

Gleason came to Gunn in 2000 and currently teaches AP Calculus BC and AP Statistics. Although interactions with students keep her young, she has decided to teach part-time next year, instructing three periods of only one class. “I’m too busy and really far behind on grading,” Gleason said. “I also have outside interests that I want time for.” In particular, Gleason hopes to get back into exercising and horseback-riding, and become more involved in local politics.

Throughout her life, Gleason remembers not knowing what she wanted to do. “To my mom, I was always the wandering or lost child,” she said. However, Gleason also credits her experiences for providing valuable lessons. “Life’s like a rollercoaster with ups and downs, and it’s interesting what happens at the next corner,” she said. “At every point, we’re making decisions that affect the direction of our futures, so we need to move forward and try not to live in the past.”