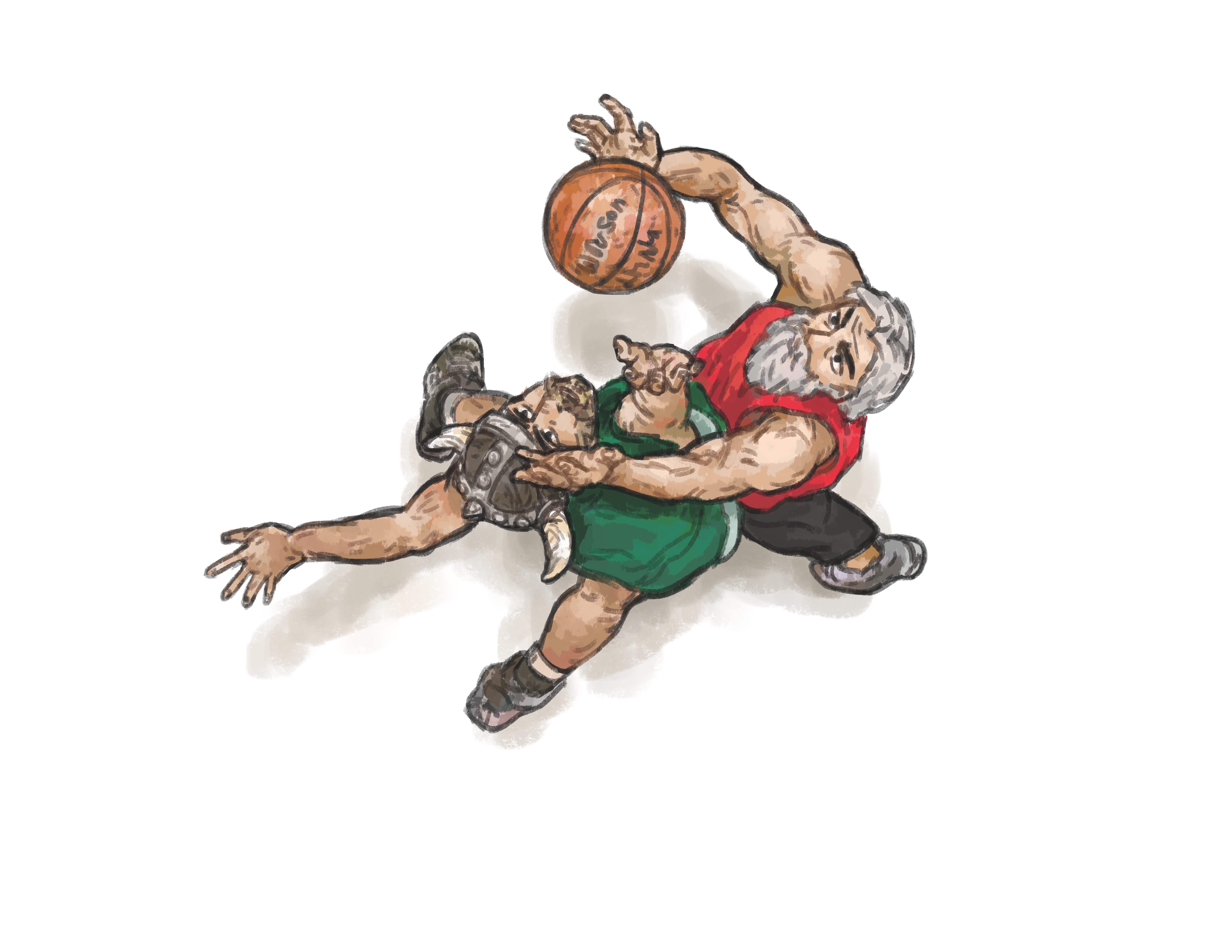 There are only two public high schools in Palo Alto: Henry M. Gunn High School and Palo Alto High School (Paly). Both schools are known nationwide for their exceptional students and their stunning array of activities. Both schools constantly compete to be the top in all of those activities. However, there are a multitude of areas where Gunn beats Paly.

Their differing locations come with different surroundings, as Paly is near Town and Country and Gunn has access to El Camino Real. Restaurants located near Gunn are cheaper than those near Paly, while still providing high-quality food for Gunn students.

Gunn also demonstrates school spirit via drawings and paintings on campus. The Chalk Art club often draws all over Gunn’s campus, brightening the school. The club might draw a picture related to the time of the year, a motivational drawing or anything in between. At the same time, the library displays works made by Gunn students. Since the art in the library changes, Gunn students can enjoy a variety of artistic creations.

Recently, the Gunn Robotics Team (GRT) placed first out of 49 schools in the Arizona Regional, and won the Excellence in Engineering Award. GRT has also placed first in national robotics competitions three times, a feat that no other school has been able to replicate.

Paly has a robust journalism program, with more than six publications run by the school. Gunn also publishes a student newspaper: The Oracle. The Oracle is similar to the Paly Campanile in most aspects, but The Oracle also publishes several online articles that the Campanile lacks. In particular, The Oracle has a Changing the Narrative section, which describes the personal lives of students from all over Gunn. People submit stories to Changing the Narrative in hopes of showing their life story and what they learned from it. Indeed, this section is both a beacon of hope and a unique aspect of The Oracle.

An activity where Gunn proves superior to Paly is in math competitions. In 2011, Gunn placed ninth in the entire nation in the Harvard-MIT Math Tournament. Curiously enough, if one searches the results page of 2011, Paly’s team is nowhere to be found. This trend continues from 2011 through 2017: Gunn sent math teams every year, while Paly sent their math team only once. Last year, Gunn placed fourth in the CalTech math tournament and placed fifth in the Berkeley math tournament, while Paly failed to send a team to the former and failed to place in the latter.

Despite Paly being known as the sports school, Gunn has proved more successful in sports such as badminton, boys’ and girls’ water polo, boys’ swimming and boys’ wrestling. These statistics prove Gunn can compete with Paly as well.