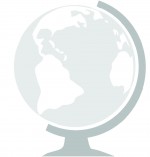 For the past decade, Korean culture has been rapidly expanding all over the world, and much of today’s entertainment has been in influenced by this popular culture. Now, the Korean Wave is spreading, and many Americans have embraced the Korean values and interests as their own.

Senior Emily Spector was first introduced to the Korean pop culture (K-Pop) and Korean dramas (K-Dramas) through simply surfing on the internet. “It’s really prolific on the internet, so I would see memes about it, and that’s how I first heard about K-Pop or K-Dramas,” she said. “Also, I have a lot of friends who are Chinese and Korean who know a lot about it, so I heard about it from them, too.” She finds that learning about another country’s pop culture allows her to have a new appreciation toward their culture.

Although the language barrier poses difficulties at first, junior Dhir Desai’s interest in K-dramas and K-pop inspired him to learn Korean. “I feel like it’s a really cool language to learn, and it’s really intriguing,” Desai said.

Even if one does not choose to learn Korean, Spector believes the language barrier is part of the experience and enjoyment of the music. “If anything, it’s a bonus to be able to listen to the song on its own without thinking about the words, and then additionally looking at the lyrics,” she said. “It makes you appreciate the music more.”

There are many differences in K-Pop music compared to Western music. “It’s different because [K-Pop] is more performance-focused,” Spector said. “They’ll really hit all aspects of singing, dancing and music videos.”

As an aspiring Korean hip-hop singer, senior Daniel Choi writes original songs and performs them to his friends. He also posts his raps on his Facebook page and his SoundCloud. Korean culture has inspired him to further pursue his interest in music. “I wanted to say [what’s on my mind] in a different way such as rap music and art,” he said. “Now I’m working on it every day, and it has become my lifestyle.”

Choi hopes that his individuality will allow him to stand out and make it far in the hip-hop world. “You have to break the rules. I feel like [all] Korean rappers dress the same, rap the same and they talk about the same things,” he said. “I’m trying to break the rules and get out of the stereotypes.”

Through Korean pop culture, Spector has embraced the adventure of learning about the customs of another country. “It’s helped make me more aware of a pop culture that’s really different from America,” she said. “It’s always fun to learn about different cultures, and for me, learning about the surface level of Korean culture has been fun and eye-opening.”

For Desai, the difference between K-Dramas and American TV shows lies in their structure. “K-Dramas get you hooked in and keep on reeling you in, whereas American dramas only get you hooked in, but don’t pull you in any further,” he said.

This April, Spector will be attending a Bangtan Boys concert, although she noted that it was difficult getting the tickets due to K-Pop’s growing popularity in the United States. “They sell out really fast, so I had to buy them from a second source,” Spector said.

Desai admires how far Korean culture has spread throughout the world. “I find it interesting how the culture is international even though it comes from such a small country,” Desai said.

Korean food and the Korean barbeque experience have also become a popular trend in many areas of the United States. According to the LA Weekly, in 2007, 2.7 percent of all immigrants were Korean, and the popularity of Korean cuisine began to rise. “[Korean Barbeque] tastes a lot better and has a lot more flavor,” Desai said. “American food is mostly bland.”

Another popular event that helped expand the Korean culture internationally is an event called Korean Convention (KCon). KCon is an annual event that brings Korean culture to fans all over the world. As of now, New York and Los Angeles are the two most popular locations. This convention allows K-Pop groups and idols to gain international attention and expand their fanbase overseas.

Choi recommends that new Hallyu fans follow popular K-dramas and music, just as he did. “The best way to approach the Korean culture is to watch Korean dramas or K-Pop because those are the most popular things in Korea,” Choi said.