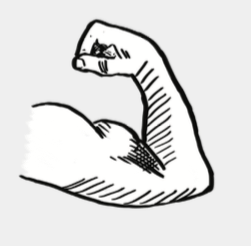 Talent shows featuring body contortions have captivated people around the world for decades. Junior Dhir Desai is no stranger to those looks of amazement given his very own talent for performing contortions. “Random people would come up to me and tell me how cool [my contortions] are,” he said.

Desai first realized that he was flexible in second grade. “I didn’t know I was flexible until other people couldn’t do [the same things I could do],” he said. “I thought I was normal.”

In seventh grade, Desai found that he could also twist, turn and stretch his tongue far more than the average individual. “We were trying stuff with dominant genes in biology to see if we had those genes, and I found that I could flip my tongue,” he said.

Desai can perform a wide variety of tricks with just one part of his body. “I can flip my tongue 180 degrees. I can touch my nose with my tongue,” he said.

For Desai, twisting his fingers and arms is an effortless task. “I’m double-jointed in all of my fingers,” Desai said. “I can twist my arm 180 degrees. I can bend my fingers back three to four centimeters more than others.”

Other parts of Desai’s body have just as unique characteristics as his tongue and arms. “I used to be able to do the splits, but I haven’t stretched in a while,” he said. “I can do a bridge sitting down or standing up; it doesn’t matter the position. I can [also] touch my toes [without stretching first].”

Through martial arts, Desai was able to develop his flexibility further. “When I did kung fu, we stretched and did the splits a lot,” he said. “I was pretty flexible then, and I learned how to do the bridge, too.”

Playing sports is an important part of Desai’s life, and his flexibility allows him to avoid being easily injured. “In badminton, if I misstep, it doesn’t affect me as much as others,” he said. “If someone else missteps, they [could] injure their body, but I’m flexible enough where it doesn’t really matter.”