Meet the best friends on The Oracle: Jack and Ryan 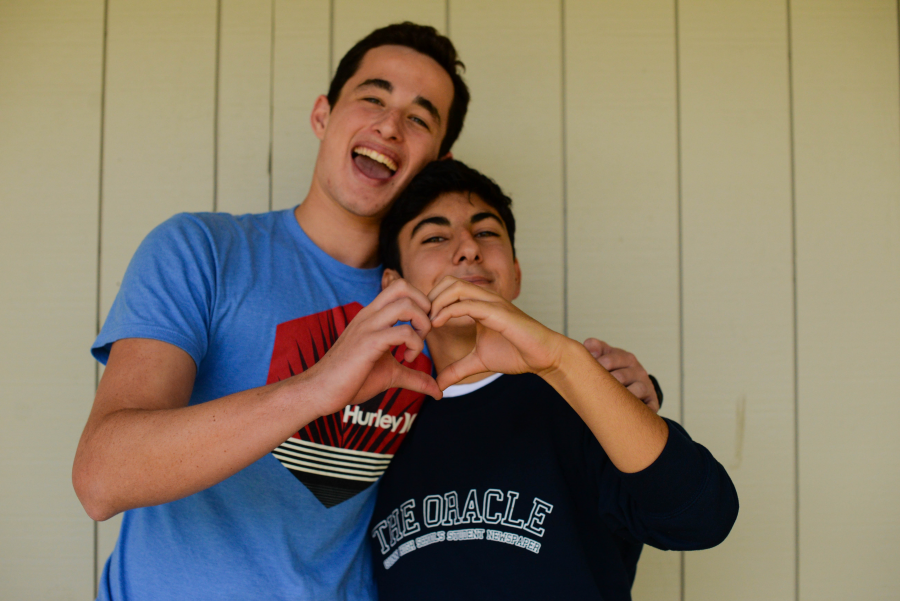 Ever since I joined Oracle, I have met a mentor: the great Jonathan “Jack” Mallery, who is, for the lack of a better word, a father figure. Talking about soccer, intense life discussions, and extreme gossiping are all things you overhear when listening to the amazing conversations between us Whenever I have a question about anything, no matter how weird, I have Jack ready to answer.

We often watch soccer matches during Oracle, roasting the players and debating about different players and teams by comparing strengths and how much they messed up last season. Our discussions aren’t just limited to soccer, though, since we talk about pretty much anything and everything, including the juicy Gunn High buzz.

Another great feature Jack has, other than his amazing water polo player build, is his sparkling sense of humor. He is constantly cracking jokes during work time, which is probably why he barely gets any work done. He has always been nice to me even though he is two years older which means a lot and never fails to include me on conversations in class.

Although there’s a lot of time for fun and games, there are many instances where Jack, surprisingly, helps me with work. He always gives advice when I’m setting up my stories and telling me what classes I should and should not take. If it were not for him, I would have had a much tougher time coming into high school. I’m proud to call him one of my best friends and look forward to the next year of Oracle with him!