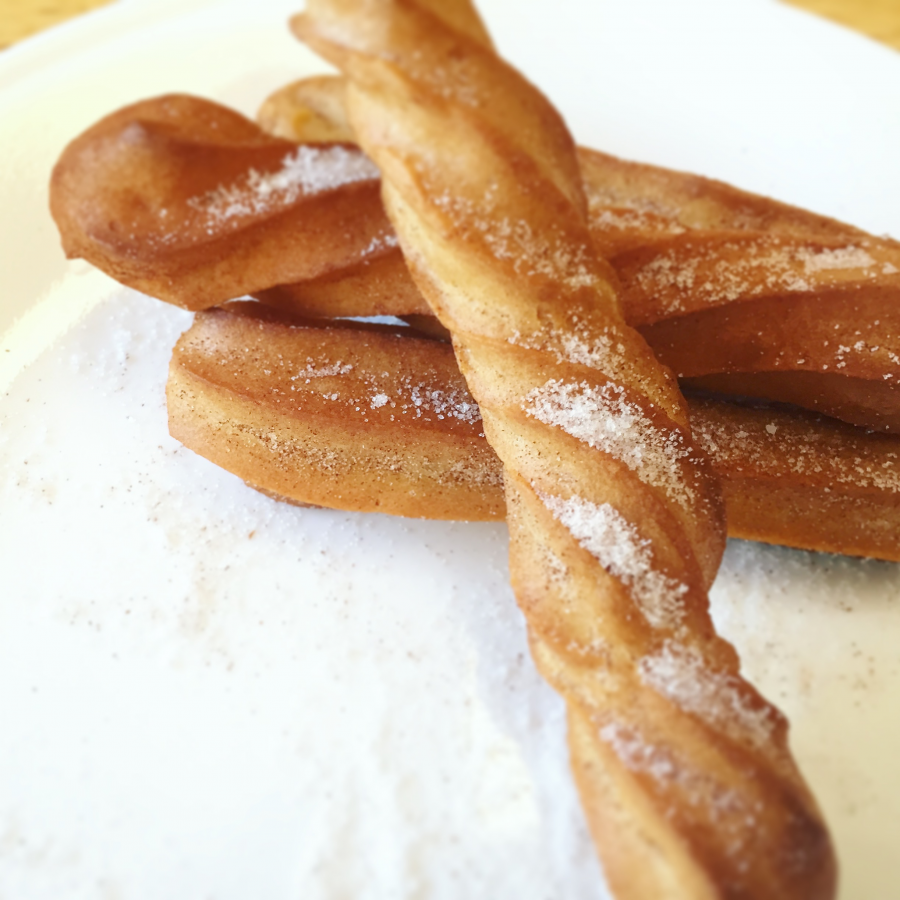 We’ve all been there: you’re sitting on your couch watching Food Network, drooling over the mouth-watering dishes shown in slow motion, plated to perfection. Most of us can only dream of these gourmet meals as the sad, microwavable lasagna we prepared stares mockingly up at us from our laps. For sophomore Alex Mei, however, cooking shows served as an inspiration for him to begin his culinary journey. He started experimenting in the kitchen in 2014, and after some trial and error, cooking has developed into a passion of his. “There weren’t any fires in the kitchen, but the first few times, it didn’t go so well,” he said. “It was a big mess that I had to clean up, but after the first few times, it started getting better and better.”

The joy of cooking isn’t all in the final product, though. Mei values cooking as a way to relieve stress and have something to put his energy into during busy times. “Your mind has to be completely focused on cooking, and by doing that you’re relieving any outside stresses; you’re focused solely on cooking and making that dish to the best of your ability,” he said. “Nothing else is affecting you while doing that.”

Mei also runs an Instagram account where he posts pictures of the dishes he creates in hopes of spreading the joy of cooking. After he started sending photos of his creations to his extended family in China, he figured that sharing the photos on social media was the next logical step.

Having an online presence has also helped Mei form friendships with people who share his interest. “I remember one time, a chef from Europe found one of my photos of sushi pizza,” he said. “It was an interesting creation, and since he made sushi pizza too, he asked for advice on how to make his better.” The two shared tips and compliments, and the conversation eventually blossomed into a friendship.

In addition to his Instagram account, Mei also has an account on Allrecipes, where he posts recipes for his family and friends to follow. Although recipes are initially private when posted onto the site, Mei’s recipe for pickled cucumbers was approved by the Allrecipes team and was published on the website for the public to view. “It’s one of the first dishes I’ve made, and I’ve been working to improve that dish a lot over the years,” he said.

Mei hopes that his photos and recipes inspire people to give cooking a try and to share that joy with others. “It’s really rewarding to see other people enjoy your food,” he said. “Being able to do something for someone else is really heartwarming.” As for the future, Mei hopes to live out his dream of being a contestant on Food Network’s “Masterchef.”