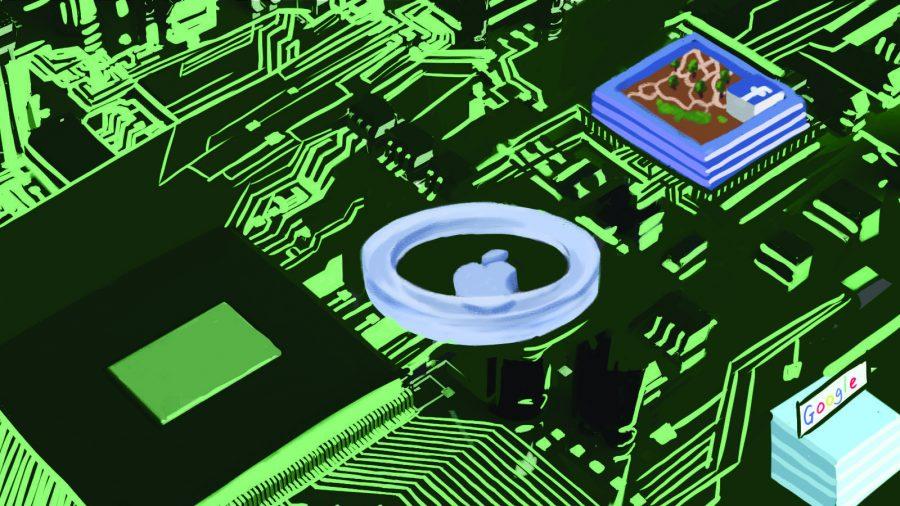 Silicon Valley, in Santa Clara County, Calif., was once referred to as “The Valley of Heart’s Delight” because of its pleasant scenery, climate and fruit trees. In time, the area went from being known for its orchards to being known for its startups and world-changing technological innovations.

Silicon Valley was first introduced to the culture of technological innovation by Frederick Terman, a Stanford University engineering professor. With the help of Stanford’s bargain leasing practices, Terman connected Stanford students to the emerging technological industry around them. Terman stressed the importance of entrepreneurship and mentored the founders of Hewlett-Packard (HP), an information technology company started in 1939.

One of the most important landmarks in the history of this valley was the introduction of silicon, a crucial element in technological advances. Silicon was brought into Silicon Valley by physicist and inventor William Shockley. Through his time at the renowned Bell Labs in the East Coast, Shockley learned how silicon semiconductors could produce smaller, more energy-efficient transistors than germanium semiconductors. After conflicts with the lab’s management, Shockley left the East Coast, the center of high tech at the time, and started the Shockley Semiconductor Laboratory near his aging mother in Mountain View. In this lab, he gathered young Ph.D.s together to work towards the vision of silicon-based innovative advances.

Like many of his colleagues at Bell Labs, Shockley eventually won the Nobel Prize for his achievements in physics. Winning the prize increased his ego and made him an authoritarian manager. As a result of Shockley’s autocratic leadership, eight employees, dubbed the “Traitorous Eight,” left Shockley Semiconductor Laboratory. Their departure was an enormous risk—workers of their time tended to dedicate entire careers at one company and the employees of other large semiconductor companies such as Texas Instruments thought the Traitorous Eight were bound to fail.

The company had so much talent that the founders left to directly compete with each other (those who did so were nicknamed Fairchildren). Robert Noyce and Gordon Moore, for example, left the company and founded Intel, a circuit manufacturer. Thus, Fairchild Semiconductor was responsible for scattering hundreds of companies across the valley, producing the modern Silicon Valley.

Silicon Valley grew to have more Ph.D.s in high tech than anywhere in the world. Residents today live up to the area’s history by being innovative, risk-taking and competitive. Through Silicon Valley’s consistent innovation, people around the world are continuously affected by a revolutionizing technological industry.

While Silicon Valley started with semiconductors, it focused on computer innovation in the 1970s. Apple created a variety of user-friendly devices. Soon after, Silicon Valley residents developed internet services such as Google to increase information accessibility and apply big data. Social media sites like Facebook then became a popular pastime. Recently, Airbnb and Uber have begun challenging the traditional service industry. Venture capitalists concentrate large amounts of capital on Sand Hill Road in Menlo Park because they, along with many others, await Silicon Valley’s next impactful innovation. Silicon Valley is a center of remarkable history that has produced groundbreaking innovations time and time again. With those innovations, the scientists, researchers and technology companies of Silicon Valley continue to make history.