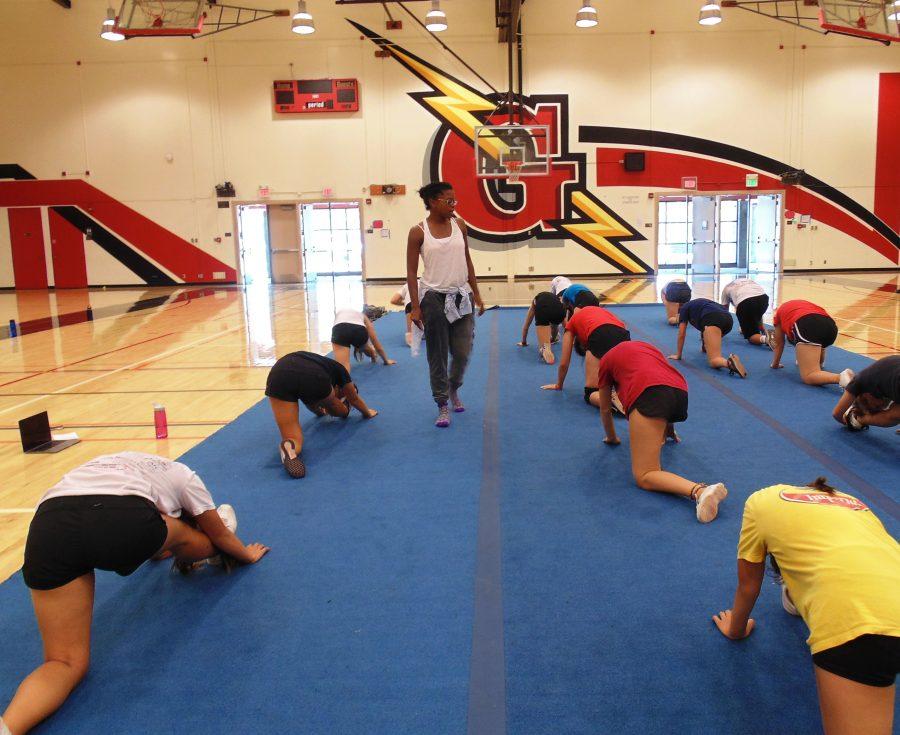 New cheer coach Jazmyn Turner is ready to guide the team to many victories and prove that cheer is not just a show sport. In the past, however, Turner has had a love-hate relationship with the sport.

She originally tried dance and cheer, and only tried out for her school team because her friend urged her to. “I actually did not like cheerleaders while I was in school,” she said. “I just did it because a friend begged me to go try out with her, and I ended up making varsity and I became kind of popular, so I started doing it and kind of fell in love with it.”

Turner had a sudden end to her cheerleading career when she had suffered a bad injury, but the unfortunate accident inspired her to coach the intense sport. “I started cheer when I was in eighth grade and I loved it,” she said. “I sprained my spine and I wasn’t able to do cheerleading anymore, but I love cheerleading and the sport.”

Many people find it easy to overlook the athletic aspect of cheer. One of Turner’s goals is to emphasize the athleticism of cheerleaders. “I think currently cheerleading is looked at more as a show sport, but it’s really athletic and demanding so my goals are to make all the girls more athletic and acquire better skills in flexibility as well as turning them into a competition team,” she said.

Turner’s favorite part of cheerleading is learning about her own personality; she hopes that her cheer- leaders will have the same experience. “My favorite part of cheerleading, I would say, was learning about myself,” she said. “The girls have to learn to push themselves because whatever you want in life you’re only going to get so far with others pushing you along the way—you need to decide your fate.”