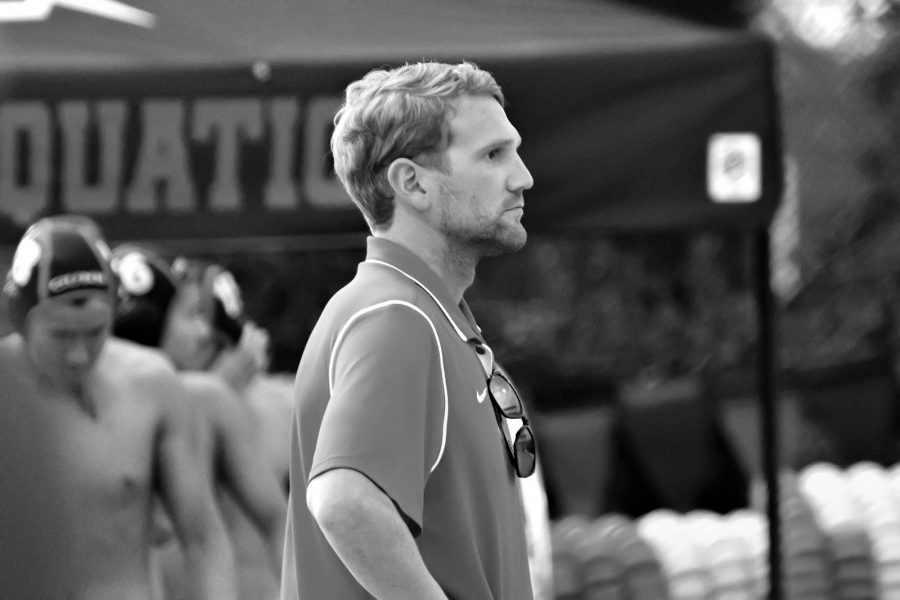 Swimming has been an important aspect of Olsen’s life since his childhood, and water polo added a more interesting and strategic element to just swimming laps. “I swam all my life; I was in a pool when I was probably three years old, swimming,” he said. “But I started water polo when I was 12, so I started playing before I was in high school. I got bored of swimming because, going back and forth, you can only do so many times.”

With swimming and water polo both integral parts of his life, Olsen started coaching right after college. “I went and played at St. Francis High Schoo. I played division one at Loyola Marymount [University] in Los Angeles for four years and came back and started coaching right away,” Olsen said. “I coached the junior varsity team here at Gunn and assisted varsity for the last two years.”