Tech is dumbing future generations down 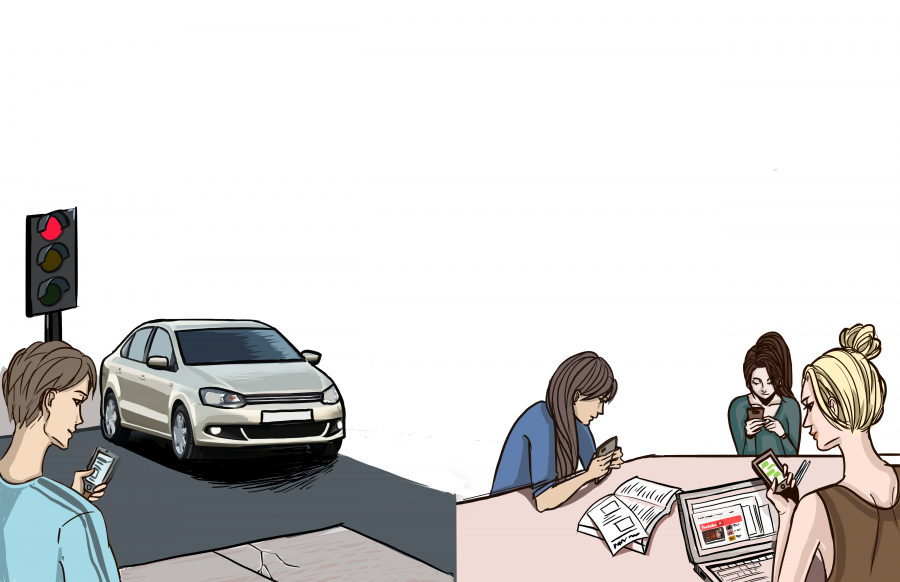 It is undeniable that technological advancements have revolutionized the way we communicate, connect and learn: news articles can be shared with the click of a button, and diplomas can be earned entirely online. Although technology has proven to be a useful tool in educating and sharing information, our growing reliance on personal electronic devices like phones and computers for daily tasks interferes with long-term memories, productivity and concentration, and our sleep patterns.

Before the age of smartphones, it was necessary to have things like phone numbers, addresses and directions memorized. Now, with a universe of information at the touch of our fingertips, we are memorizing less and relying more on technology to act as an extension of our brains. According to a study done by The Kaspersky Lab, a Russian cybersecurity company, 87 percent of people suffer from digital amnesia, the experience of purposefully forgetting information that can be stored and found in a digital device. The researchers found that 71 percent of digitally-connected consumers in the United Kingdom could not recall their own child’s current phone number, whereas 47 percent could recall their home phone numbers from 30 years ago. The memorization of small bits of information may seem trivial, but this reliance is changing the way we learn, think and remember. According to University of Birmingham psychology lecturer Dr. Maria Wimber, memories are created by actively recalling information, so by passively looking up information on a phone, one gives their brain less training in solidifying long-term memories and forming complex ideas based on these memories.

Reliance on our devices for constant stimulation is interfering with our ability to focus. It is not uncommon for students to use their phones while doing schoolwork. In fact, regularly checking social media while studying has become so common that most students do not realize how much of a distraction it is. A study published in the Journal of Media Education found that students check their devices in class more than 11 times per day, and people check their phones approximately 85 times per day. According to Director of the Applied Cognition Lab at the University of Utah David Strayer, only 2 percent of people can successfully multitask; that means when most of us try to focus on more than one task at a time, performance fails. The Kaspersky Lab performed an experiment to see whether the presence or absence of participants’ phones would alter their performances on a concentration test.They found that the presence alone of a participant’s phone altered their ability to concentrate: performance increased up to 26 percent when the device was removed from the room.

Lastly, constant smartphone usage interferes with our natural sleep patterns. A study conducted by University of California, San Francisco cardiologist Dr. Gregory Marcus found that longer average screen time per month was associated with shorter sleep duration and worse sleep efficiency. Although the study itself cannot prove a cause and effect relationship between screen time and sleep quality, research shows that the blue light that smartphones emit tricks the brain into thinking it’s daytime. This suppresses the body’s release of melatonin, a hormone that should increase as the body prepares for sleep.

The benefits of technology are undeniable, but the reliance we have on our phones is hurting our ability to maintain focus and form long-term memories.