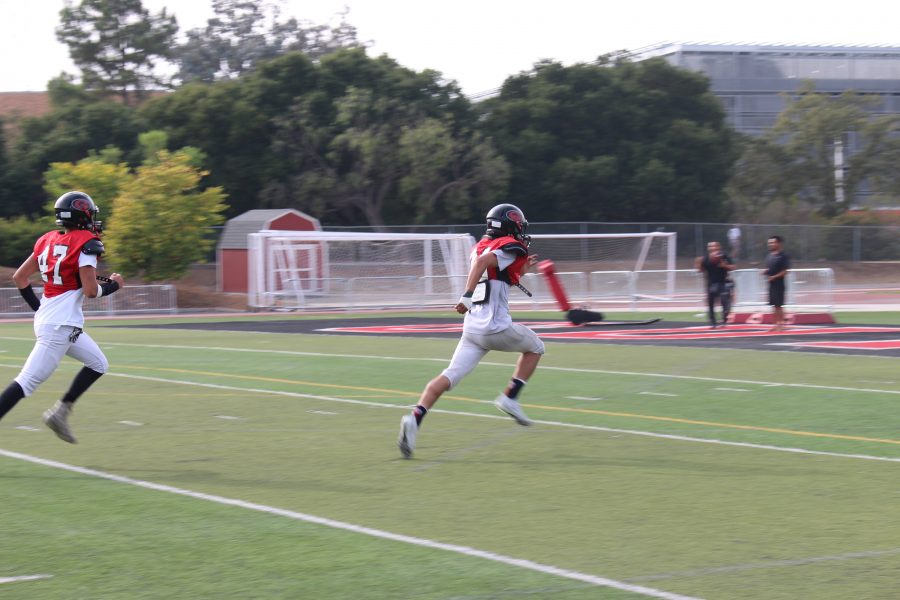 In all 36 weeks of the school year, there is only one week where all students gather together to rally as proud Titans— homecoming week. Homecoming lasts five school days; days that create memories that can last forever. It’s no ordinary week, and even normal classes are filled with fun. The week is filled with students dressed up in themed outfits each day and screaming at the top of their lungs during brunch and lunch competitions. Classes are brought together in the spirit of competition and friendly rivalry. All of these events lead up to the end of the week when the Titans football team strives to conquer whatever team walks on the eld. However, no matter the outcome of the game, students continue to show their endless passion and spirit at the homecoming football game year a er year. Homecoming isn’t a tradition that is unique to Gunn. It’s an event that goes back years and has many purposes besides the destruction of another school’s football hopes.

The tradition of homecoming football games date back to the 19th century. The original purpose of Homecoming was to welcome back alumni or former residents of towns typically during September or October. For alumni who moved out of their hometowns a er graduating high school, Homecoming is a time to return home and reunite with for- mer and current students. These celebrations of homecoming are centered around a parade, banquet, or, most typically, football. The homecoming football game is typically played against a considerably weaker team so that the game is more fun for the alumni and fans; everyone loves a good win.

The tradition of the homecoming game is unique to the United States and originated from the famous football game between the Missouri Tigers and the Kansas Jayhawks in 1911. In that game, the president of the University of Missouri called for all alumni of the school to attend the game, thus beginning the tradition of the homecoming celebration. Since the iconic game 106 years ago, the homecoming game has been an integral part of American high school and college life and helps define the identity of schools across the country.

At Gunn, Homecoming isn’t a small occasion, and everyone on campus participates. Freshmen can truly see the value of our school community and observe the unity within the student body.

Homecoming week starts and ends as a fierce contest between the four classes. Everyone gets the chance to cheer for their friends as they represent grades in friendly competitions. However, by the end of the week, a er all the challenges, obstacle courses, and airbands contest, we are all cheering for the same team: Gunn. Although Gunn has strayed from the original tradition of the homecoming game, it has created its own traditions and its own unique meaning of homecoming. Students can forget about academics and classwork, and instead put on some funky clothing and enjoy a week of ridiculously intense tug-of-war while slowly losing their voices. For students, Homecoming provides a breath of fresh air from the grind of school. The actual score of the football game might not matter, but the unity that Homecoming represents is something that appeals to all of us. We may be divided into four separate classes, but we always come together during the week of homecoming with everyone having a good time.