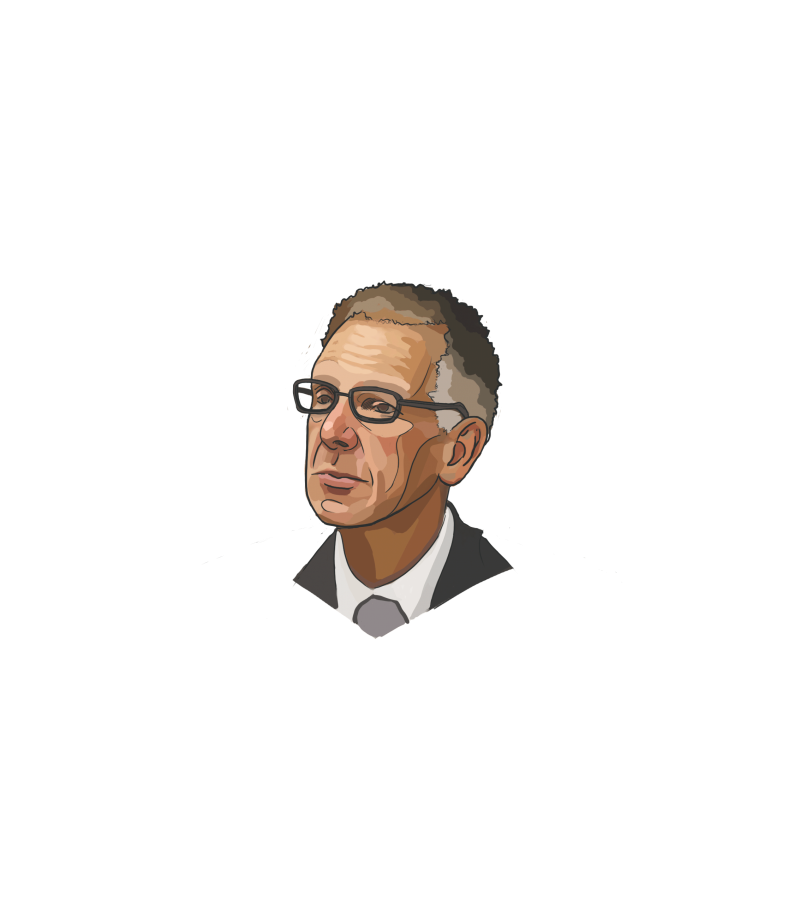 On Tuesday, Sept. 23, Palo Alto Unified School District (PAUSD) Superintendent Dr. Glenn “Max” McGee announced his resignation effective the following Friday, Sept. 29. Board President Terry Godfrey announced the news following the closed board meeting, where the Board unanimously accepted the resignation. Previously, McGee had announced that he would retire once the 2017-18 academic school year had finished in June.

Until a new permanent superintendent is chosen, Assistant Superintendent of Human Resources Karen Hendricks will step in as interim superintendent and head of the recruitment process for the new superintendent. The district’s final cost for the transition in leadership was $43 thousand.

McGee joined PAUSD in 2014; during this time as superintendent, he led the district in improving educational experiences for students, better supporting teachers and cultivating a more diverse learning environment.

This past June, McGee announced that he would be retiring from his position in June 2018. His unexpected early resignation followed calls for his departure by Board Members Todd Collins and Ken Dauber on the grounds of two consecutive years of major district budget mismanagement as well as the mishandling of a sexual assault investigation.

In 2016, the district had drastically overestimated property tax revenue to fund their budget plans and found themselves short of $3.8 million, forcing budget cuts. The district had also failed to open negotiations with two employee unions on a promised three percent staff pay raise, an oversight leading to an additional $4.4 million budget shortage in March 2017. To account for the shortfall, technology managers, clerical staff, and parent volunteer coordinators were dismissed, and school field trip funding was reduced.

After a student at Palo Alto High School was sexually assaulted on campus in 2016, an investigative report released by lawyers Gina Smith and Leslie Gomez from Cozen O’Connor, a law firm in San Francisco, revealed that McGee and then-Chief Student Services Officer Holly Wade had failed to carry out their responsibilities under Title IX of the Education Amendments Act of 1972. These neglected responsibilities included communicating with the victim, perpetrator or both students’ parents, and investigating the perpetrator’s behavior patterns. This inaction was particularly significant as the student was found to have been convicted several months later in a different case of off-campus sexual assault involving a Menlo-Atherton High School student.

In her new position, Hendricks intends to focus on implementing the 2017-18 district goals, which prioritize promoting equity, supporting the student experience and building a diverse, highly qualified staff. In addition, Hendricks expressed that she would place particular emphasis on creating bonds with the students and staff members around the district to establish a foundation of trust and stability. “I think any time you have transition in leadership, it can create a feeling of instability or uncertainty, so I really want to focus right now on what they call ‘steadying the waters’ so that we can continue to push forward,” Hendricks said.

To tackle the inherited budget deficit, Hendricks stated that she would be focusing on plans to restabilize the budget over the course of the next three years or so. Staff costs are rising due to the negotiated salary schedule and growing employee retirement costs; Hendricks plans to cut these costs by maximizing the purposefulness of staff rather than adding staff.

To search for a new superintendent, the district’s recruitment team will initiate a request for proposal (RFP), delineating what qualities the district will be looking for in superintendent candidates. RFPs are given to search firms specializing in executive leadership searches to help them construct timelines, find qualified candidates and set up forums and community input sessions on behalf of the district.

The firms will then use this information to search for candidates to fill the position. Hendricks anticipates that interviews for the different search firms will begin by early November, with the actual candidate search possibly lasting into early January.

The recruitment process will be publicized: the interviews will be public and posted on the district website, and district trustees will have the chance to ask interviewees their own questions as well. Hendricks is working to make sure that the process will be as thorough as possible in order to find the most qualified candidate. “For a district like Palo Alto, we [would] want them to do an intergalactic search,” Hendricks said.

Hendricks will work off of McGee’s efforts to support students. In his first year, McGee worked with Director of Academic  Support Programs Judy Argumedo to launch the Minority Achievement and Talent Development (MATD) Advisory Committee. This committee is comprised of parents, students and staff who work to analyze data, conduct focus groups and interview parents to learn how to better support historically underrepresented students (HURs) and their families. The results of this program have included the hiring of family engagement specialists, the implementation of required unconscious bias training for staff members and the expansion of free summer school to help HUR students get ahead.

The program also provides middle school math support resources and is partnering with Palo Alto software company Palantir to teach coding, provide mentors and have weekly dinners with HUR students to promote their participation in classes like Advanced Placement Computer Science or the Advanced Authentic Research (AAR) program. School Board Representative senior Advait Arun believes that improving the status of HUR students at Gunn is one of McGee’s major accomplishments. “He’s actually been working way more than previous superintendents seem to have been with helping historically underrepresented students in East Palo Alto, or helping minorities here,” Arun said.

McGee created the AAR program to give students the opportunity to investigate a research topic of their choice. The program has grown exponentially since its initiation to nearly two hundred students and more than one hundred mentors. Out of the many changes he has integrated, McGee cited his AAR program and the influence it has had on his students as his proudest achievement. “Where else can high school students have the opportunity to pursue a real world project that will generate new knowledge while making an important contribution to society?” he said. McGee was particularly invested in this program, even personally mentoring 11 students. “It was a major passion project for him, and I think it showed his dedication to interdisciplinary learning and actually letting students be able to research topics, as opposed to just learning about stuff in the classroom,” Arun said. As a result, Stanford’s Peace Innovation Lab conceived a fellowship named after McGee, the Superintendent McGee Advanced Authentic Research Award.

As superintendent, McGee stated that he made sure that he was accessible and present at Gunn, and that he was dedicated to getting to know students as individuals by attending Student Executive Council work periods and even college recruitment commendation events for athletes.

Special Events Commissioner senior Mary Sapigao believed these actions had an impact on students. “He really likes to reach out to people and make them feel welcomed,” Sapigao said.

For McGee, his fondest memories of being superintendent  were of spending time with students. “Reading with a group of kindergarten students, clowning around with a group of middle school students, talking about some issues that really mattered to high school students, engaging the students and hearing student voice was really my favorite part of the job,” McGee said.