Californians need to properly prepare for “The Big One” 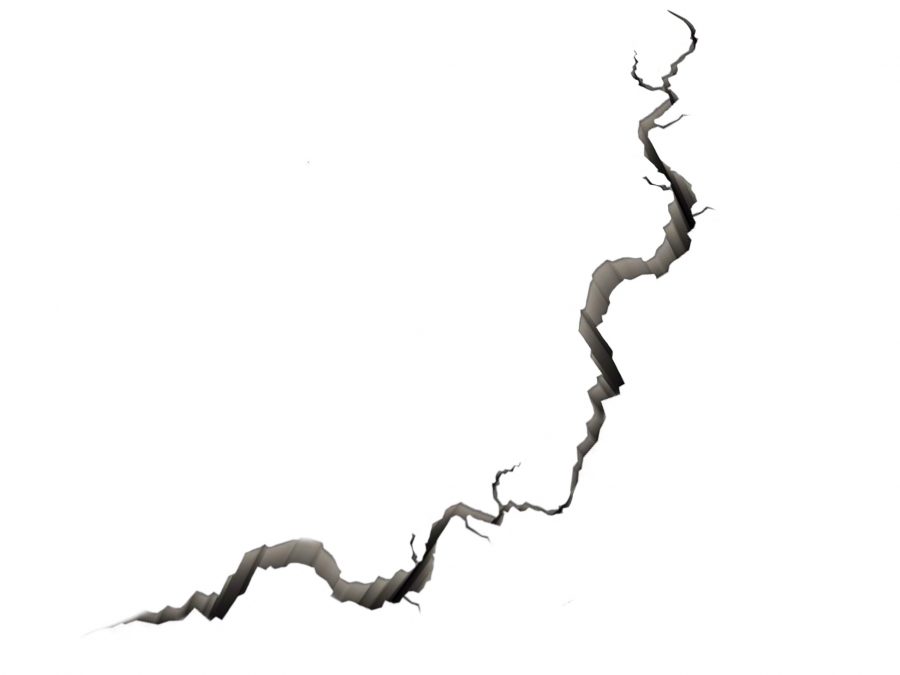 Many of us have driven up Page Mill at some point: the steep, winding mountain road that goes all the way to the Los Trancos Open Space Preserve. While geology isn’t the first thing on our minds as we hike down a narrow trail that disappears into the woodland, we’re actually walking between two great tectonic plates—the Pacific and North American Plates. In fact, on parts of the trail, one can stand directly on the boundary between the two plates.

Apart from being a novelty to enthusiastic hikers, the intersection of these two plates, called the San Andreas fault line, is a ticking time bomb. This year, scientists predict that California is well overdue for a massive earthquake that will rattle the state any day now. Experts have predicted this quake for decades, and data has now provided a prediction for when it will occur. Yet, despite the dire warnings, the state remains unprepared for this natural disaster.

As convection currents in Earth’s mantle cause these two great plates to rub against each other, an earthquake results from the built up tension that eventually overcomes the friction between the two plates. One such notable earthquake was the 6.9 magnitude Loma Prieta earthquake in 1989, caused by the San Andreas fault, that left 63 people dead and cost six billion dollars in damage. In some other areas of California, major earthquakes have not occurred since the 19th century. Since then, parts of the San Andreas fault line have had well over a century to build up tension to the next colossal quake. Experts hypothesize that an earthquake of over magnitude eight, nicknamed the “Big One,” will strike California in the near future. In fact, the United States Geological Survey (USGS) predicts an 80 percent chance of an earthquake striking the Bay Area within the next three decades.

Cities and counties are also poorly prepared for the Big One; many types of infrastructure are not constructed to withstand the rigors of an earthquake. For example, the San Andreas fault line crosses the Cajon Pass, where essential utilities such as gas, electric and petroleum lines are located along railways and motorways. Any such earthquake would cut off many necessary utilities to cities affected by the disaster, while triggering explosions from ruptured pipelines that may lead to uncontrolled fire damage. While Los Angeles and other Californian cities have made some infrastructure changes to bridges and roads, they simply aren’t enough. One simulation by USGS discovered that an earthquake near a major city such as Los Angeles could cause up to $200 billion in damage. The quake that hit San Francisco in 1989 caused up to $5.6 billion in damage. Mexico City’s recent earthquake disaster is a reminder of the serious risk of California’s Big One striking at any time, potentially causing widespread damage, up to $300 billion. An early warning system has been developed for the state, but it is doubtful that it will be implemented because the amount of federal funding California will receive for such earthquake prevention programs is now unclear with the new White House administration.

As citizens, we can prepare for the earthquake by purchasing or making home earth- quake kits, identifying the safest places to be in during an earthquake and reassessing the structural readiness of our homes for this natural disaster. Due to the delay in receiving relief efforts and the time it takes stable living conditions to be restored, most survivalists recommend being prepared with enough food, water, tools, shelter and other accessories to live “on your own” for at least three to five days. A little knowledge and some simple precautions can help you survive when the Big One strikes; more information can be found online, especially on the Federal Emergency Management Agency website. While an earthquake of magnitude eight or higher seems to be an impossible event, we need to be prepared for such contingencies.

Currently, California is woefully unprepared for the Big One. If citizens can all be aware of the very real possibility of an earthquake, we can help change that. It’s up to us to decide whether we will be caught off guard or if we will stand ready when the next big natural disaster strikes.