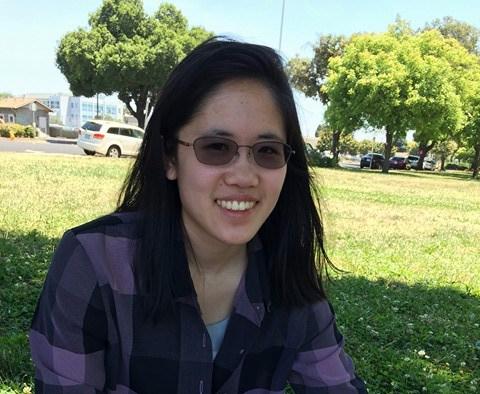 The first time I failed a test– really failed it, F for flunk and all that –I didn’t handle things well.  That is to say, I curled up in a ball and tried to pretend the world didn’t exist for a bit.  Unfortunately, sheer willpower cannot put reality on pause, but I figured I’d try anyway.

That kind of set the tone for the rest of the year, which was… not great.  Really not great.

I am mildly dyslexic.  For me, it manifests mostly in numbers– I’ll flip digits, miswrite equations, or accidentally skip half a question and end up mashing two word problems together into some monstrosity that always culminates into a disastrously wrong answer.  Even though I’d been diagnosed in elementary school, it never significantly affected me because any mistakes could easily be corrected.  Thus, I simply ignored it and never bothered to deal with my dyslexia.

That is, until sophomore year.

All of a sudden, I was bombing tests that I could’ve sworn I did well on.  My math was right– I knew how to use the equations and which steps to follow, but it was the numbers themselves that I would mess up on.  One thousand became one, because I would forget to write the zeroes.  Twenty-one became twelve, because obviously that made sense.  Multiple choice sections were the absolute worst, because I might accidentally bubble in the answer to question three in the space meant for question five, and then every subsequent question would be wrong.

It didn’t help that for most of the school year I was in denial.  I thought I knew the material, that it was simply a matter of not studying enough instead of having to admit that there was something different about the way my brain was wired.  I refused to use a 504 plan, partly because I didn’t want any special accommodations, but also because it would be a difficult and public acknowledgement that I had a problem.  I did every single review sheet, every single practice test, talked to the teachers and worked harder than I ever had before. I even stopped participating in all fun activities and only focused on academics, but I wasn’t working smarter.  The downward trend continued.

Along with the downward trend in grades, there followed a downward trend in my mental health.  I went into a self-destructive spiral of depression, bitterness, and decidedly unhealthy thoughts.  Continual sleep deprivation most certainly did not help, and I actually can’t recall most of first semester because I spent it so sleep-deprived and angry at everything.  It got to the point where my parents were seriously considering pulling me out of school for a year to get my head back on straight, which… well, they didn’t, but looking back, I can see why they were scared.

It took nearly a full year of struggling and bad results before coming to terms with my dyslexia.  Denial and stubbornness gradually and painfully gave way to acceptance and a willingness to change my approach.  I started using timers to not lose track of time. I began to read every question at least twice to ensure that I understood it fully and completely.  I would follow each line in a block of text with my finger to make sure that I wasn’t missing information.  I mentally counted the answers on multiple choice sections and double-checked the answers were filled in accordingly.  It was slow and tedious, and by no means were they perfect solutions, but they were a start.

Once I acknowledged my problems and came to terms with them, my mental health started bouncing back as well.  I started smiling more, started laughing more, started looking at the world and seeing what was good rather than only focusing on the bad.  My parents stopped looking so worried all the time, and things at home were a lot happier.  I spent more time with my family and we became more close-knit than ever before.

Dyslexia is a lifelong issue, but I refuse to use it as a crutch.  Some days, it’s difficult to tell whether the cause of some missed points on a test were simply careless mistakes or because I genuinely didn’t realize I was flipping numbers again, but my dyslexia is not to blame for everything.  I have to be more conscientious and better prepared. People care about performance and results, and life does not always offer a 504 plan.  I want to be as independent as possible.

My dyslexia might have become an undeniable part of my identity, but it does not have to define me.   I can now manage school and still carve out time for myself and my family along the way by changing study methods and test-taking techniques to avoid most of the pitfalls.  By accepting my dyslexia and learning to work with it, I am happier.  Life is getting better.