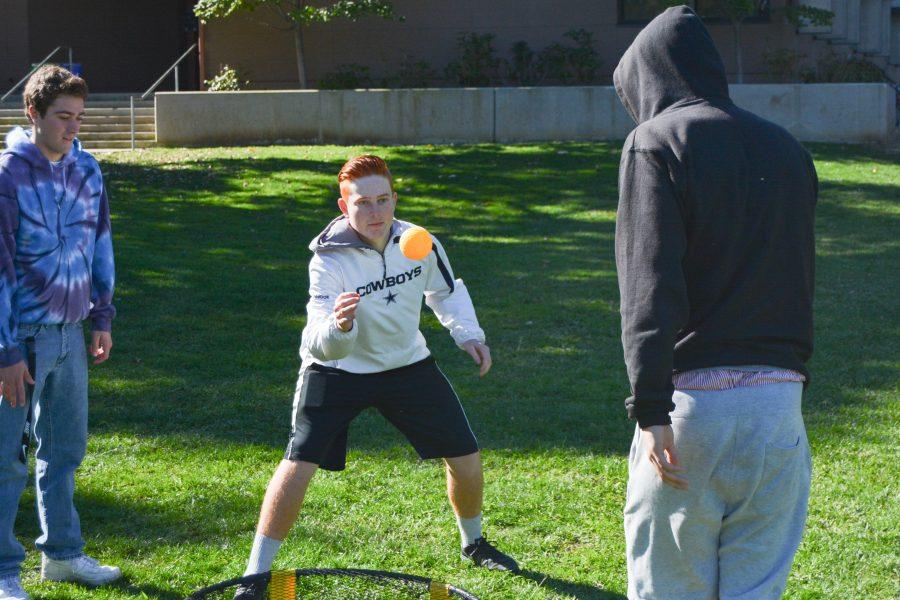 Junior Jake Humble passes the ball to his teammate, who hits it down onto the net and scores the eleventh and winning point for the team. This is spikeball: a sport composed of four players, two teams and one net. Spikeball was first introduced in the 1900s and has gained popularity in the past few years. Similar to volleyball, each team has three touches and loses if they are unable to hit the ball back onto the net, which is small and circular and is placed on the ground.

Humble started playing three months ago after discovering the sport at a professional-amateur joint event. “My cousin was getting married and he showed me the game at his bachelor party,” he said. “We had this athletic Pro-Am event and spikeball was one of the events.” Since then, Humble continued with the sport and now plays it as a recreational activity. “It’s really a one-of-a-kind sport that involves a lot of different movements and skills,” he said. “It’s just a really fun game to play with friends, and that’s mainly why I keep playing.”

Although he has only been playing for three months, Humble has seen himself improve tremendously. “I wouldn’t say there’s practice,” he said. “You get really skillful with the game just through playing other people.” Humble’s favorite part of the sport is the competitiveness and team aspect. “As a team, it’s probably more about communication and being on the same page,” he said. “If one person makes a mistake, your teammate has to be there to back you up.”

However, according to Humble, the team aspect is also a weakness, as only four people can play at a time.

Humble encourages everyone to give spikeball a chance. “I would say to try it out, it’s really fun,” he said. “All you need is four friends.”