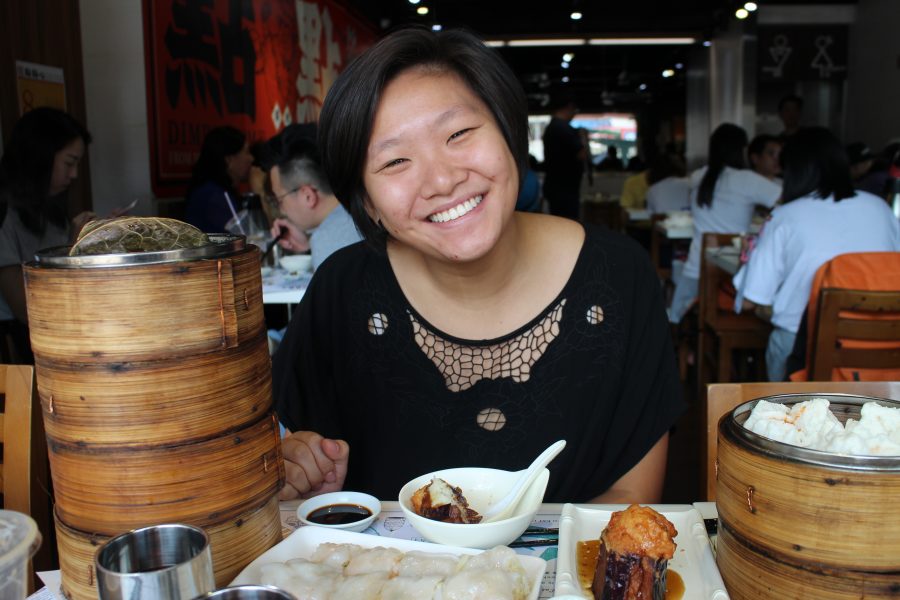 Time first stopped for me eight years ago. Swimming in the Pacific Ocean, I happened to get caught off-guard by a rather large wave, and after tumbling through the water for ten seconds, I tried swimming up for air when I felt another force of water toss me around before I could catch a breath. It wasn’t one of those “my life flashed before my eyes” moments, but it was the first time I was so petrified that it felt like time momentarily stopped.

Between January and May of this year, those few seconds in the ocean extended into weeks. Metaphorical waves came one after another in my life; crises both from my own mind and the outside world. These waves of crises were throwing me around in cold, dark water, only letting me catch my breath once. I felt like I was on the brink of drowning in slow motion… for five months.

The first wave hit in January, two weeks after winter break had ended. My first year of college was especially difficult: I was adjusting to making new friends, balancing priorities, and being so far away from my parents. But by the time I went home for my second winter break during college, I had gotten all those things taken care of. So when I started to feel even more lonely and isolated than my freshman year, I knew something was wrong, but I wasn’t sure what was wrong. I would hit points in the day where I felt so down I had absolutely no desire to move or think, just to cry in bed and sleep. Every time I ate, I wasn’t satisfied (for a foodie like me, this was unimaginable). Even though I kept to my routine, hoping the bouts of depression would go away with time, they didn’t. Days crawled by with little improvement.

I understood the importance of seeking help to stay mentally healthy after my time at Gunn, and I knew of friends who were in various forms of treatment, but I always thought that I was self-sufficient enough to take care of myself without professional help. I only decided to extend beyond my personal circle of support for help when my mother told me, “I wish I knew how to help you beyond consolation, but I don’t. I think you should see a therapist.”

I started seeing my therapist in February. In my first session, I was faced with the daunting question: “What brings you here?” I didn’t feel entitled to bring up anything that didn’t seem like a “real” problem. So I clinically described my bouts of depression, and she gave some advice on how to manage my feelings of isolation. But after taking her advice, I still felt miserable, especially whenever mealtimes came around. At that point, because I wasn’t exactly sure of what the root cause of the depression was, taking my therapist’s advice felt like a coping mechanism rather than a solution. But, the coping mechanisms helped minimize the blanket of sadness that was masking the real problem: my relationship with food and my body weight. It soon became clear how much I detested myself for feeling full. This led me to avoid food for as long as I could, before overcompensating after the hours of hunger with free food or desserts. The combination of my disgust for dining hall food, my diminishing performance as an athlete on my club rowing team, and my frustration with my recent weight gain manifested into a self-deprecating monster.

Because I already worked out with the crew team six days a week, I assumed I wouldn’t effectively lose weight through more exercise. Instead, I thought that “taking control” of my eating habits would make me feel better. I obsessively used a calorie counter app for a brief period, until my friends forced me to delete it because I noticeably became paranoid over anything I put into my mouth. Even after I deleted the app, my obsession with the food I ate remained. I had a list of “banned” foods made up of things I used to love, and often left the dining hall angry with myself. Although I usually felt all right in the mornings with crew practice and breakfast surrounded by my teammates, my hate cycles of binging and starving would resurface as the day progressed further and I spent more time alone. It culminated with an evening where I was surrounded by free sushi at a study party and I unintentionally ate a second dinner. Upon returning to my dorm, I was so angry with myself that I ran straight to the toilet, ready to purge for the first time. I alternated between kneeling and standing at the toilet bowl for what felt like an eternity, deciding if what I was about to do was “right.” I finally broke down into tears and went back to my room to call my friend. I admitted to her (and myself) that I had a problem.

A few days after that breakdown, a teammate of mine told me she was in a medical treatment program for those struggling with eating disorders. Hearing her story and telling her about mine helped give me words to what I was feeling, and our mutual support for each other gave me the courage to tell my friends, family, and therapist that I had difficulty accepting my body weight and wasn’t approaching food in a healthy way. At the time, I thought what helped me recover the most were my therapist’s suggestions on wholesome ways to cope with eating. But looking back, I realize that my acceptance of the fact that I was on the verge of an eating disorder was what gave me the courage to tell those I cared about, as well as the strength to take my therapist’s advice in the first place.

I finally had a chance to resurface and breathe, with spring break right around the corner. But I approached it with caution, because I would be away from my therapist for two full weeks. I was terrified that I would let my own insecurities ruin my spring break, when I went on vacation with my older sister and then to training week with the crew team. Although there were moments where I would become consumed in my own thoughts and tear down the progress I had made in improving my self-image, I overall became a more positive person just in those two weeks. Food became a source of joy as opposed to sorrow, and the deep sense of isolation finally disappeared for good. I attributed this rapid growth in positivity to the constant support I received from my sister and my teammates, who kept me in good company and reminded me that too much time spent wallowing in self-pity is time wasted when there are so many things to accomplish and feel proud of.

I was excited going into spring quarter, both because I knew I was making a lot of progress on conquering my mind demons and because I couldn’t wait to start racing with the team again. But right at the beginning of April, one of my teammates passed away after a freak accident at practice. Not only was I devastated over the fact that I would never get to hug my wonderful teammate again, I was also stricken with panic at the idea that the crew team – my family away from home and my life outside of academics – could soon be dissolved and disbanded. Then just a week after the accident, one of my best friends struggling with OCD, anxiety, and depression was hospitalized after writing a suicide note. Having recently felt the pain of losing my teammate, simply the thought of losing my best friend was just rubbing salt in a healing wound. Going to class and walking around campus felt like I was surrounded by actors in a play I knew nothing about – everybody seemed comfortable and familiar with the day ahead, while I was stranded and lost. Time stopped for me while the actors moved along with the clock. A slog of weeks passed feeling this way, accompanied with the weight of the last few months still on my shoulders. I was absolutely sick of feeling stuck, so I did the only thing I knew how: reach out to my family, friends, teammates, and therapist. 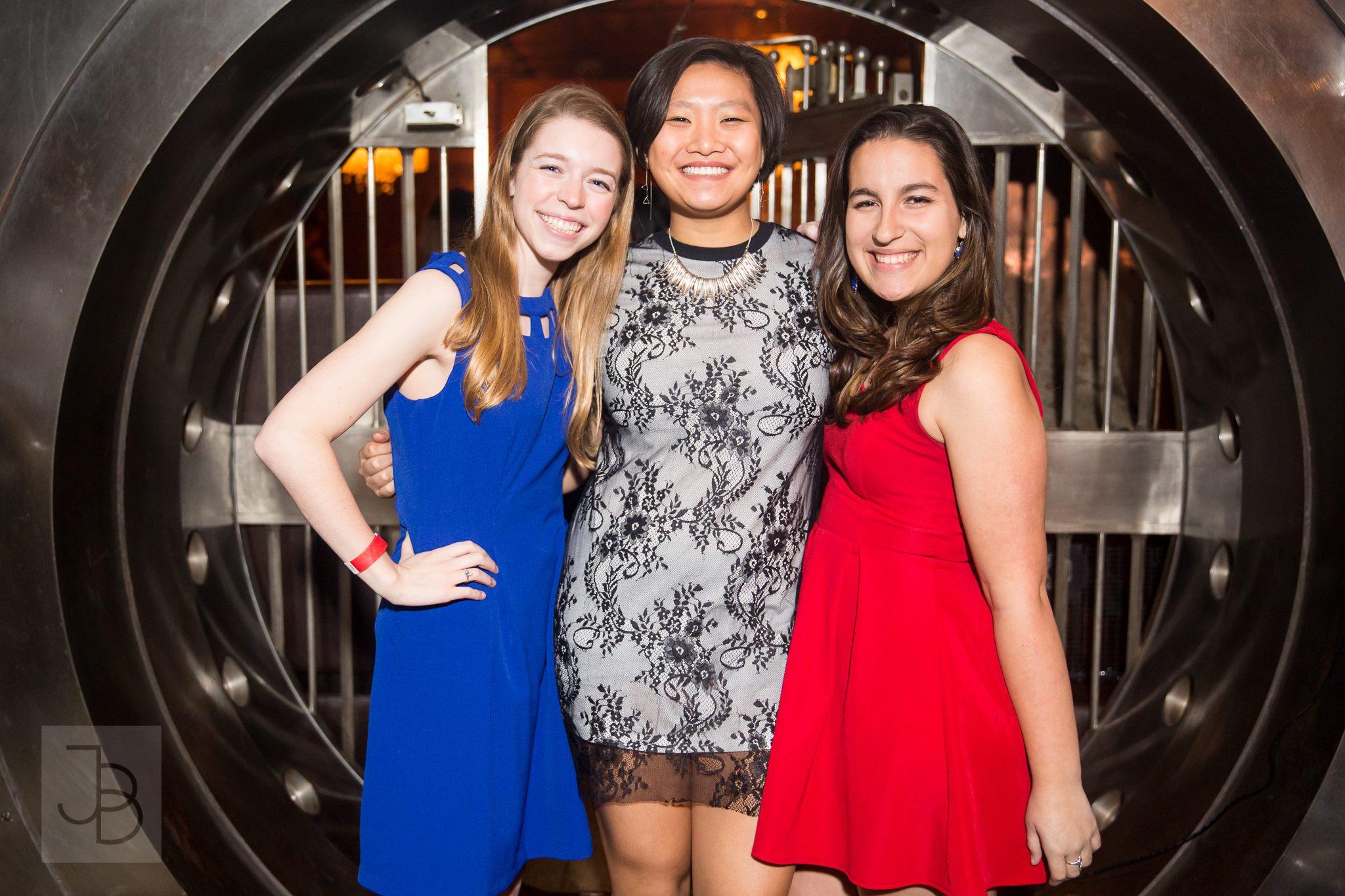 My family comforted me, always taking the time out of their day to call me whenever I wanted to hear their voice. My friends, including the one who had been in the hospital, kept me company during the most mundane parts of the day when their real and tangible hugs could give me what phone calls couldn’t. My teammates, who were also healing, provided me with a space I could fully feel safe in, while keeping positive attitudes about getting back on the water to row. My therapist helped me accept the fact that my feelings of being overwhelmed were absolutely normal, and that the best thing I could do for my hospitalized friend was to be there for her like she was for me.

April slowly turned into May. Although the days churned by slowly, I knew that acknowledging the pain I felt and using my support system to lift me up every day was the key to recovery. I took the little bright spots of each day and cherished them; I used my schoolwork as a chance to get creative and produce work I was proud of; I took time out of my day to spend time with those that I love. I knew that by doing these things every day, time would start to run again and that things would get better. Soon enough, I emerged from the crashing waves, beat-up and tired but undeniably stronger than before.

Now, whenever I go to a beach in Northern California, I sprint into the roaring waves as my friends yell at me from afar, telling me I’m crazy. Usually when I first hit the water, my brain also tells myself that I’m crazy. There’s very little that’s pleasant about it – the tides are too strong to properly swim, and the water is so cold that screaming is an involuntary reflex. But I love getting tossed around by the wild waters of the Pacific Ocean because when I finally come out, I know that I am strong enough to have survived the wrath of whatever the ocean wants to throw at me.