One year after the election: students remain politically active 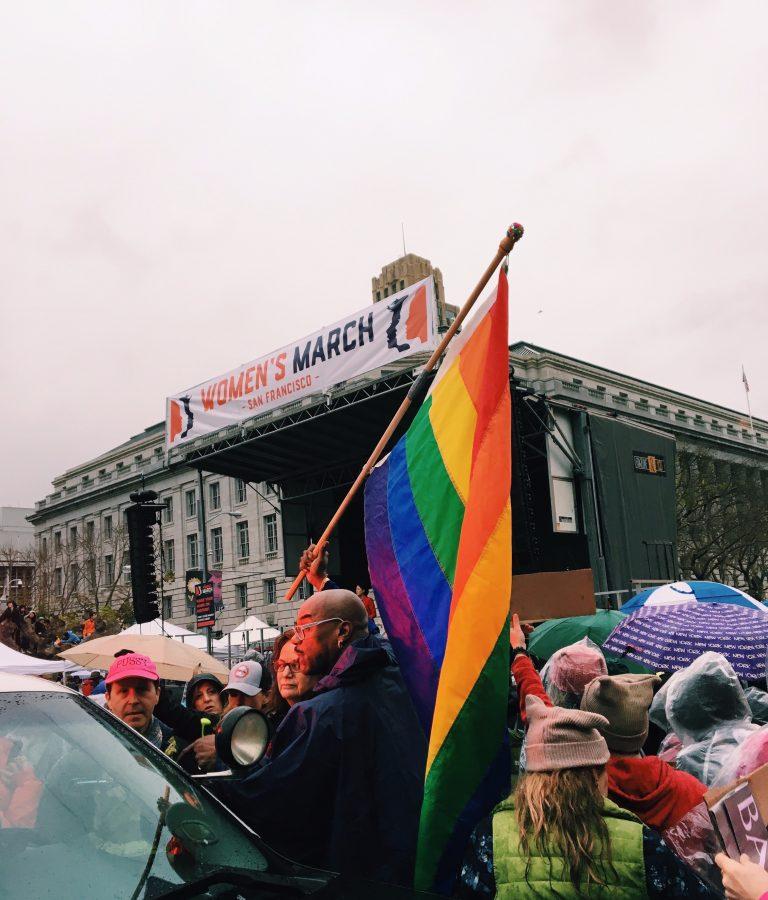 On Nov. 8, 2016, the nation watched as Donald Trump beat Hillary Clinton by 77 electoral votes, becoming the 45th president of the United States. Trump’s victory empowered both ends of the political spectrum to take action to further their beliefs, and, a year later, these actions are continuing to prevail. The results of the election created a rift between political parties and their voters, and many expressed feelings of shock, elation or dismay. As the country became further divided between triumph and turmoil, individuals and groups with strong political views conveyed their beliefs, whether through violence or peaceful protests.

Although over a year has passed since the 2016 election, students are still voicing their political beliefs amidst a newly changed political landscape.

Women’s Marches Around the World

One of the most attended peaceful protests was the 2017 Women’s March that took place on Jan. 21, in Washington D.C., a day after President Trump’s inauguration. According to The Washington Post, there were over 653 recorded marches in the United States and at least 261 marches abroad. In Washington D.C. alone, over one million people were estimated to have marched to advocate for issues including women’s rights, reproductive rights, health rights, health care reform and immigration reform. A Women’s March occurred in both San Francisco and San Jose on the same date. The impact of political protests like these was extensive, earning online responses from politicians such as President Donald Trump, Hillary Clinton and Senator Bernie Sanders, while fostering a volatile political environment across the nation.

With the prevalence of these nearby political events, many students had the opportunity to participate. Senior Madison Mosier attended the San Francisco Women’s March and felt that the experience helped her connect with other people who shared similar political views. “This Women’s March was so important because it was a compilation of a lot of people who felt [angry and frustrated], and it was really great to see other people outside of my family that were having the same emotions and reactions, and were doing something productive with [them],” Mosier said.

The enthusiasm of the San Francisco Women’s March participants did not falter, despite the day’s unfavorable conditions. “It was pouring down rain…we were using [our signs] to shield our heads until they got soaked through but everyone was still out there—no one went home,” Mosier said. “Cheering in the rain was a really interesting experience too [because it created an atmosphere] of coming together with all these strangers in the pouring rain for a common cause. It felt really amazing to be a part of such a huge group.”

Junior Arjun Prabhakar is currently on Anna Eshoo’s Student Advisory Board, where students lead discussions to decide on an overarching topic for the board, choose specific topics to write policy papers on and present them to the congresswoman. “Some examples of papers would be education reform, gender equality proposals, wind energy subsidies and government support,” he said.

In addition, Prabhakar is passionate about the relationship between technology and public policy, a topic that includes internet privacy, net neutrality and the responsibility of social media companies to regulate their sites. “People often focus on the innovation side of technology, but the rapid rise in innovation has built a demand for effective public policies that protects privacy and security,” he said.

Junior Jenna Kaplan, a supporter of the Democratic Party, has been involved in phone banking, a campaign strategy in which volunteers call local, potential voters to discuss a campaign and its candidates in order to increase voter turnout and expand the voter base. Kaplan is also part of the Young Political Activist panel, a group that she moderates for the Mid-Peninsula Media Center. “Phone banking has been my greatest contribution to political activity,” she said. “Local political activism is something that I am looking forward to contributing more towards through participation in voter registration drives and information sessions.”

According to social studies teacher Laurel Howard, it is important for students to also be politically active in order to make sure that they are heard and not overlooked. “Students inherit the world that is being shaped and created now, so [their] voice should be heard just as much as anyone else’s,” she said.

Although the majority of the Gunn community has not reached voting age, Howard feels that students should take advantage of their rights when they turn 18. “When I was just old enough to vote, I missed a small county election, and my mom, who had spent the day volunteering at a poll station, was furious with me,” she said. “She helped me to see that the ability to actively participate in politics as a woman is something that so many women before me fought for, and by not using my right to vote, I was disrespecting those sacrifices.”

Kaplan agrees that student voice is important and needs to be further represented in order for students to be able to enact change. “I think that the government and who is legislating and judging is too important to be left to everybody else,” she said. “We are supposed to be a country governed by and for the people, and I believe that is impossible to achieve unless everyone, regardless of whether you can vote or run, participates to the best of their ability. Being politically active is also a great way to learn more about what goes on in every aspect of politics, which is beneficial for fun facts as well as for greater understanding of the systems that run the country.”

Social studies teacher Anna Ward emphasizes the impact of students exercising their right to share their beliefs through participation in political activities. “I think it’s really important that we get out and speak, because the moment we’re silent, bad things can happen,” she said.

A multitude of resources are available for students to get involved in politics, according to Howard. “Sooner than you think, students in high school today will be the responsible adults [who] are making decisions. Why not try to prepare for that now?” Howard said.

On campus, one opportunity available for students to share their political perspectives is the Junior State of America club, which focuses on civic education, and is held every Thursday at lunch in V-25. Junior Collin Jaeger has been involved in this club since its formation. “I go to [this club], which is new on campus,” Jaeger said. “It’s pretty cool because you can have a lot of political discussions and debate there.” The Junior State of America is a national organization that hosts thousands of clubs across the country, advocating for student participation in politics. According to their official website, students plan and execute all of the conventions and activities available to those who join the club on their own.

Jaeger hopes that the impact of his work will extend further than himself, encouraging those around them to become politically active as well. “Especially [with] people who may be afraid to express their views…I often try to approach people with political questions or insights that will get them to speak their mind about politics and whatever they’re feeling on the subject,” Jaeger said.

Although she is not teaching government this year, Howard believes that political involvement can be linked with independent thinking, which she tries to encourage in the classroom. “I try to build critical thinking and a healthy sense of skepticism into my history curriculum,” she said. “It’s so important that we evaluate everything we read carefully and that we don’t take something as fact just because it appears to be written in an intelligent way.”

Regardless of the country’s political status, Prabhakar believes that the fundamental role of citizens in the functioning of government warrants political involvement. “I understand that everyone has a lot of tasks and responsibilities in their life, but democracy goes as far as  people take it, so everyone has an obligation to be politically active,” he said.

Similarly, Kaplan believes that all change starts with political participation, regardless of how insignificant it may seem. “Political activity is the backbone of our country, and as the represented in a representative democracy, we must make sure that we keep it strong,” she said. “Local-level, state-level and federal-level decisions are all shaped by the voices of those who vote, those who submit bills to or lobby their representative and those who help and encourage others. Political participation is the way to claim your voice.”