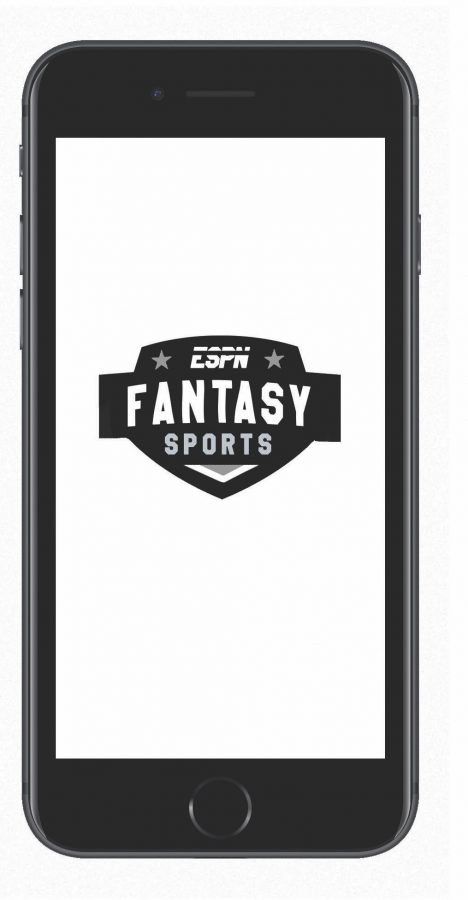 While flying from Hartford, Connecticut to Austin, Texas in 1979, sportswriter Daniel Okrent was struck with an idea for a new way to enjoy sports, specifically baseball. The notion was simple: he would create made-up teams comprised of real players and then check the box scores each morning in the newspaper to keep track of his team’s progress. Little did he know, his idea would grow into a multibillion dollar fantasy sports industry with over 59 million players as of 2017, from football lovers to golf fanatics.

Although Okrent’s main idea of managing a fantasy team and gaining points based on how players perform has remained, mobile apps and websites have since revolutionized the accessibility of fantasy sports. Anyone with a group of willing friends and internet connection can form a league and compete against each other. Senior Eli Tannenwald recalls joining an online fantasy football league on a whim in middle school. “I first started off with fantasy football because it’s more popular as a fantasy sport,” he said. “It was just something to do.”

Since the start of his fantasy endeavors, Tannenwald has gone on to compete in online leagues, as well as in leagues with his friends. He is well-known for being one of the most active members amongst his peers. While most use sites like Bleacher Report and SportsCenter to research players, Tannenwald creates his own spreadsheets with statistics on players he selects for his teams. “Because I’ll do a lot of analytics and a lot of research for these leagues that I have money on, that same research will translate into leagues with my friends who maybe don’t put as much time into it,” he said. “It’s fun to do a little trash talk and have a little something to brag about.”

For many, playing fantasy sports is a natural extension of a previous interest in a sport. Having been soccer fans and players from a young age, seniors Erik Johansson and Herman Singh both enjoy playing fantasy soccer in online leagues as a way to connect with people who have similar interests and share their passion. “We have a vast knowledge of soccer because we grew up with soccer,” Johansson said. “That’s our thing.” After joining fantasy basketball and football leagues to play with their friends, however, Johansson and Singh have increased their knowledge in sports they originally knew little about.

Johansson also appreciates the shared bond that he and his friends have over fantasy sports. “Every fantasy sports group chat I’m in suddenly turns into a friend group

chat,” he said. He also notes the power that fantasy sports have in bringing people together. During an Uber ride to a Stanford vs. UCLA football game, Johansson recalls his friend striking a conversation with their Uber driver about fantasy football. “He instantly had a 20 to 30 minute quality, in-depth conversation with this guy who didn’t say anything when we initially got in the car,” Johansson said.

While some leagues decide to have a cash prize for the winner, others agree on different, more creative terms. Sophomore Joshua Mei and his friends decided that the loser of their fantasy basketball league would have to get his hair cut by the winner. Similarly, junior Wonseo Chung says he and his friends agreed that the loser of their league would have to wear pink light-up shoes for a week. Chung emphasizes the importance of having a motivation for teammates to continue playing. “Put a reward on it, because if you don’t put a reward on it, people will just stop trying for the rest of the season when they start losing, and then it’s not that fun,” Chung said.

Senior Michael Schmidt admits to hitting his fantasy peak in eighth grade, having since struggled in drafting successful players. “I pick good players; it’s just that everyone decides to be bad when I draft them,” he said. “Sometimes I think I have a curse.” While the average number of points scored per week is approximately 100, he once scored a total of one point in a week. Despite having the odds seemingly stacked against him when it comes to fantasy sports, Schmidt continues to participate in leagues for the camaraderie they bring. “Everyone is just coming together and having a good time,” he said.