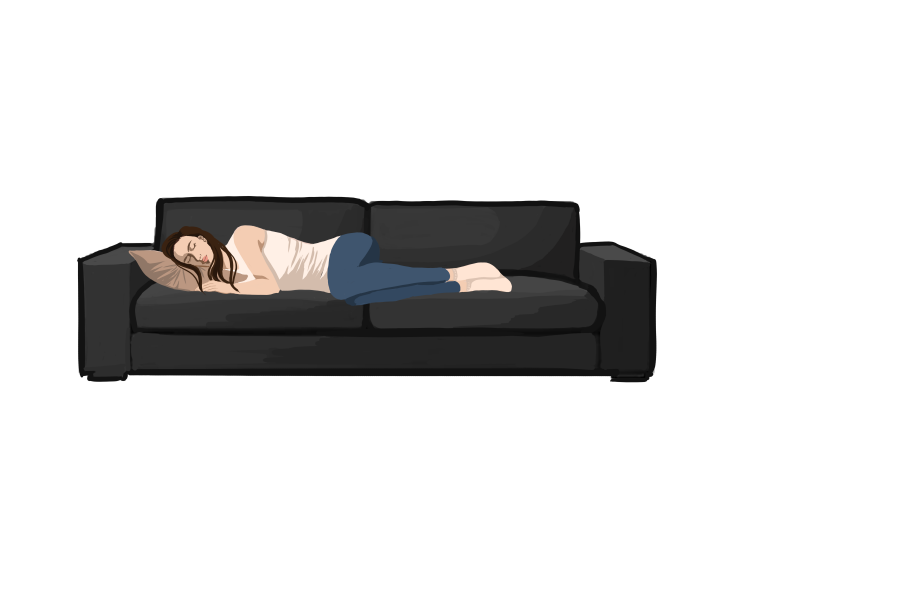 A camera shutter sound. A few giggles. These are just a few signs that indicate another student has fallen asleep during class. This is not an uncommon sight in the classrooms—exhausted students often sleep in class to compensate for their lack of rest. It’s clear that students are emotionally and physically strained from the lack of sleep in their busy lifestyles, causing them to struggle to focus in class, maintain a positive mood and perform well in activities. A promising solution is to take a power nap, which benefits the student both physically and psychologically.

Napping can improve alertness, focus, productivity and safety. According to the National Sleep Foundation, a study at the National Aeronautics and Space Administration (NASA) indicates that a 40-minute nap can increase drowsy military pilots’ and astronauts’ performance by 34 percent and alertness by 100 percent. Naps can help people to be more observant and focused so that they can improve logical reasoning and boost reaction time. These traits are essential in performing well in academics and extracurriculars, and important in preventing poor decision-making.

Another benefit of napping is improving task performance. According to U.S. News, Assistant Professor at the University of California Riverside’s Department of Psychology and author of “Take a Nap! Change Your Life” Sara Mednick revealed that people performed just as well on a visual learning task after a 60-minute to 90-minute nap as people who had an 8-hour night of sleep. With so many responsibilities and commitments, sometimes it is simply unrealistic for students to get a good night’s sleep, resulting in poor performance on assessments and overall difficulty in absorbing course material. In fact, the 2015-2016 results from the California Healthy Kids Survey shows that 32 percent of high school juniors in the district reported “agree” to having difficulty concentrating due to sleepiness, and 23 percent reported “strongly agree”. Naps can offer a hopeful alternative for students who have no choice but to sacrifice sleep at night. If tired students take a nap before their assessments during a prep period or Flex Time, they may perform better than they have expected.

Additionally, naps can assist in maintaining a positive attitude and relationships with others. The American Psychological Association states that a study by the University of Michigan found that people were less impulsive and had greater tolerance for frustration after waking up from a 60-minute midday nap compared to people who watched an hour-long nature documentary instead of sleeping. With greater patience, people are less likely to create tension and damage relationships.

Some say that a concern with napping is that it is a social taboo because it appears to convey laziness or lethargy. The truth is, society is becoming more encouraging towards naps. In Japan, napping in the office is common, socially accepted and often seen as a subtle sign of diligence, according to a New York Times article. Big companies are also promoting napping—Google headquarters is famous for its napping pods, and Uber offers napping rooms for its employees. Numerous universities have also adopted different napping facilities in recent years, like the University of Michigan, which provides napping stations in libraries for students. Clearly, people are changing their attitude on people napping.

Napping improves focus, elevate task performance , foster better relationships and generate a more positive attitude. So what are you waiting for? Go ahead and take a nap during your prep period or Flex Time.