While senior Kevin Frans might seem like a typical high school stu- dent at rst glance, he’s been taking online courses at the undergraduate level, applying this knowledge to create robots that learn and publishing research papers as a lead writer. Most remarkably, Frans cultivated his in- terest with little external assistance.

Frans’ interest in arti cial intelligence (AI) began from an unlikely en- counter. “During sophomore year, someone came up to me and said, ‘Hey, do you know what a neural network is?’” Frans said. “And I said, ‘No, not really.’ And then I googled it—it was pretty interesting.”

According to Frans, AI is a fundamentally distinct subset of computer programming. “AI is when computers can do things that you don’t explic- itly tell them to do,” Frans said. In other words, AI can learn things instead of mechanically carrying out a set of tasks. “Let’s say you write an iPhone app,” Frans said. “When you touch a button, it opens up your photos or something, but you had to tell the computer to do that when you coded it. Meanwhile, AI is something where you can give the computer something it’s never seen before, but it can come up with a solution for it.”

A er his image recognition project, Frans gradually branched out into other elds. He describes a process for taking a black-and-white sketch and turning it into a colored sketch. Because he found the coloring te- dious, he had a computer do it for him. “ is is one of the cool things of AI, because when you color an image, most of the creative part is in

drawing out the sketch and not coloring, but a lot of this process can be automated,” Frans said.

Frans’ passion helped him land a spot as an intern at nonpro t AI re- search company OpenAI last summer. On its website, OpenAI has post- ed several unsolved computer science problems; naturally, Frans worked on them. When he hit a wall, he emailed John Schulman, a researcher at OpenAI. ey exchanged correspondence discussing various subjects in AI. Later, Frans decided he would apply to be an OpenAI intern. A er a di cult process, Frans applied to and got accepted for an internship at OpenAI. “I had to do a day-long interview, which was kind of scary, but it worked out,” Frans said.

At OpenAI, Frans was given an opportunity to pursue another project. “My group, the reinforcement learning group, was trying to let AI learn to solve simulated tasks as fast as humans do,” Frans said. Frans uses the example of the classic video game Space Invaders to describe his project. “[I], as a human, can learn to play the game in an hour and be pretty good,” Frans said. “But for a computer, it takes six months of simulated time be- fore it can gure out to play the game, which is way too long. So our re- search is to make the six months turn more into six hours.” At the end of his internship, Frans published a research paper about the progress they had made in machine learning so ware.

Frans has faced various di culties when working on his programs. One of the most prominent challenges, according to Frans, is the length of time it takes to run an AI program. “One thing that separates AI from other computer science problems is that you actually have to train these things, which can take a few hours, or a few days for the big tasks,” Frans said. So instead of immediate feedback, he has to wait a while to receive results.

Due to his work, Frans has been featured on Wired magazine. “I guess it’s pretty cool,” Frans said. “I never thought that I would be in an article.” Partly due to this article, Frans is now seen as a role model to aspiring AI researchers, with people emailing him for advice. Frans has one main piece of advice to give these people: “Just go do it.” 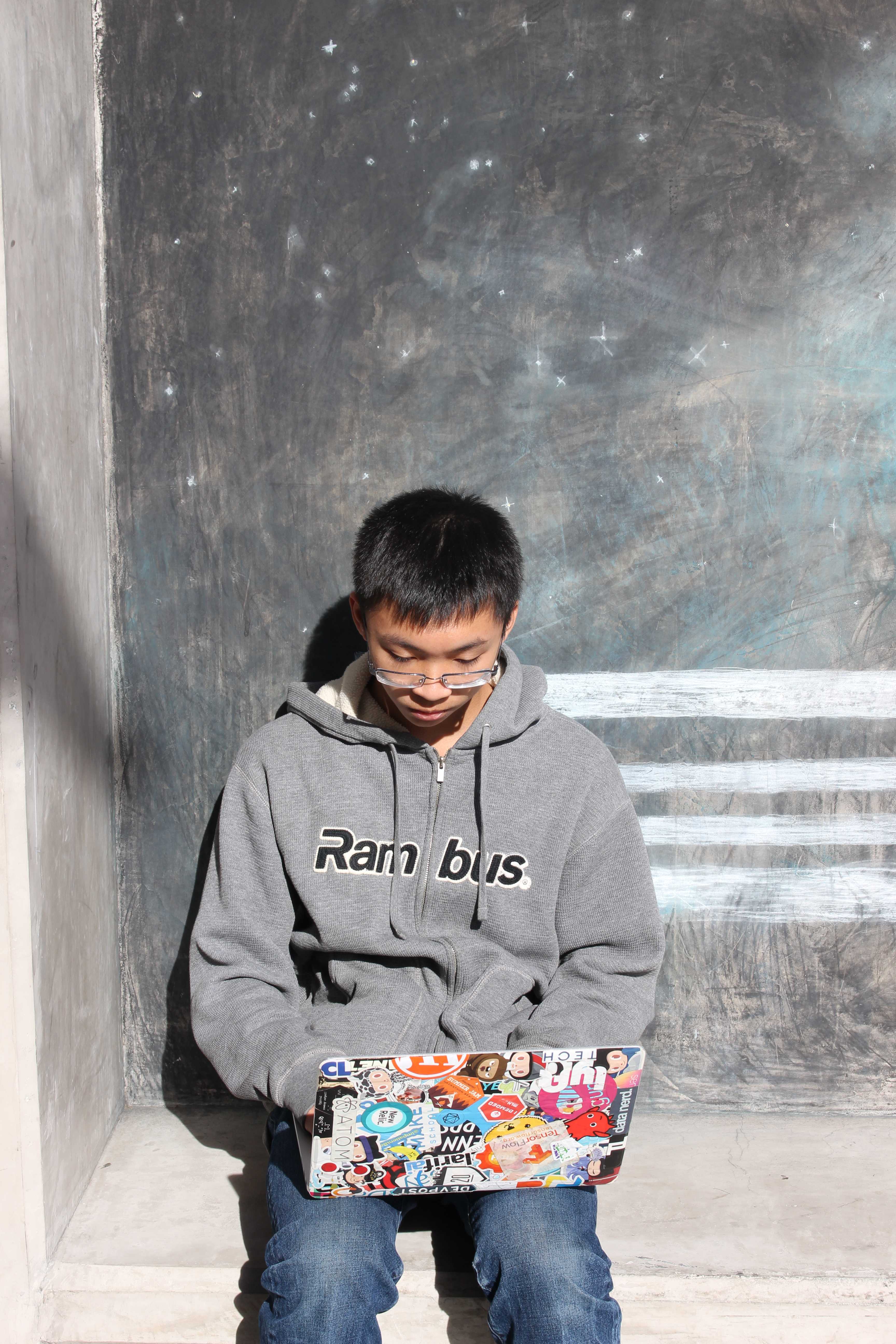