“Me Too” sparks international conversation 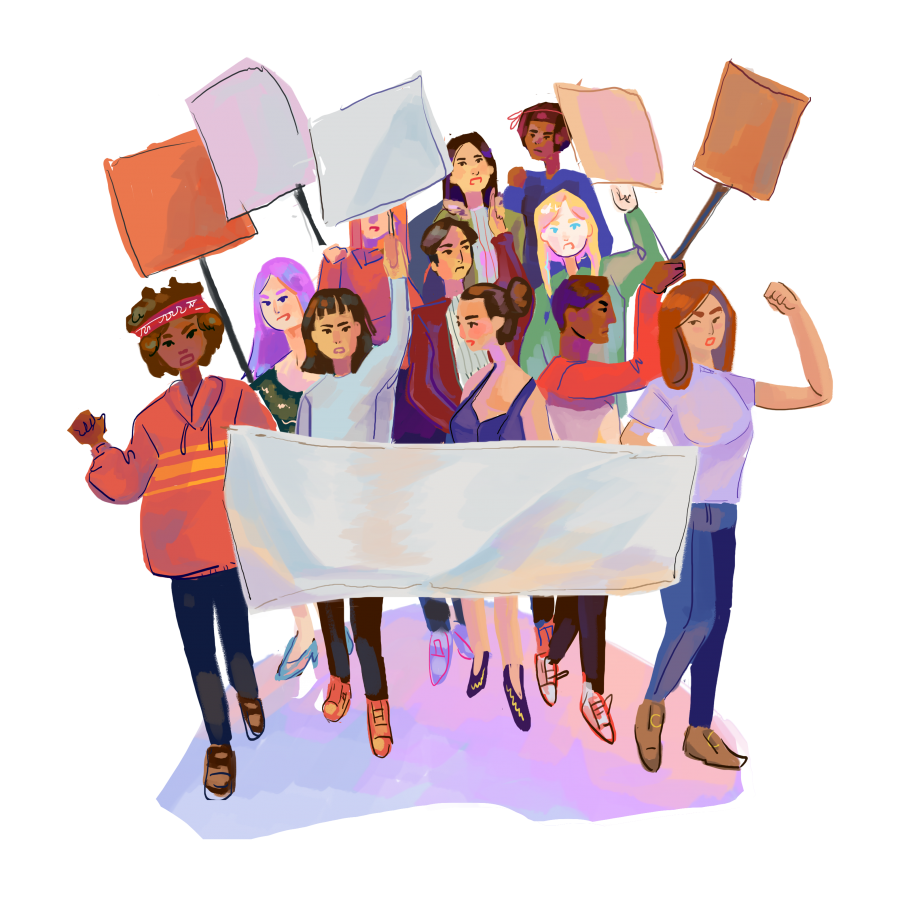 The “Me Too” hashtag went viral on social media in Oct. 2017 after several sexual misconduct allegations against lm producer Harvey Weinstein surfaced. This viral hashtag sparked the #MeToo movement, supporting survivors of sexual assault as well pushing for the end to sexual violence in schools and workplaces.

The use of this hashtag on social media has helped demonstrate the widespread prevalence of sexual assault and harassment. Popularized by actress Alyssa Milano in 2017, the hashtag has been used on Facebook and Twitter 1.7 million times in 85 countries, according to CBS. Many celebrities like Jennifer Lawrence, Viola Davis and Simone Biles have popularized the hashtag as well by sharing the hashtag with a short story of their own experience with sexual harassment or voicing their support for the movement.

The phrase itself was coined by social activist Tarana Burke in 2006 on the social networking site MySpace as part of a campaign to promote empathy and empowerment among women of color who had experienced sexual violence. While the original purpose in 2006 was more aimed towards women of color, the purpose changed to encompass a larger meaning and group of people a er it resurfaced in 2017. Now, men and women of all ages and races stand together to bring awareness to sexual abuse and its victims.

Not only is #MeToo spreading awareness, the movement is also taking steps to provide resources for victims to have access to healing and to advocate for changes in laws and policies surrounding sexual assault, especially for preventing sexual harassment in the workplace. The movement also emphasizes the importance of protocols that give victims in all industries the ability to file complaints without retaliation.

The #MeToo movement has even extended beyond the entertainment industry, making its way to influence legislation and policies. Inspired by the movement, Congresswoman Jackie Speier introduced a bill in Nov. 2017 that makes it easier to report sexual harassment on Capitol Hill. In the “Me Too” Congress Act, staffers in Congress may directly file a complaint within 180 days of the alleged misconduct without having to go through counseling, mediation and a 30-day “cooling off” period.

While the hashtag prompted conversations about sexual assault, it received backlash in countries all over the world, such as China, India and France, where sexual misconduct is not taken as seriously and incidents are rarely reported. Particularly in France, the hashtag sparked an intense debate when a public letter signed by over 100 French women denounced the #MeToo Movement. e letter dismissed what the writers believed were relatively minor forms of sexual harassment. For example, a man rubbing his genitals on a woman without consent was described as a minor form of sexual harassment in the letter.

However, there was also repudiation of the letter itself, especially from young French women. The French version of the MeToo hashtag, #BalanceTonPorc (translating to #ExposeYourPig), started the BalanceTonPorc Movement, which has helped shift French attitudes towards gender relations and harassment in the workplace.

Despite the #MeToo Movement’s good intentions, the campaign has been criticized for having an undefined purpose, casting all men as perpetrators and causing people to become numb to the issue. Numerous actors have commented on the movement’s failure in distinguishing between varying degrees of sexual misconduct. However, Burke expected the backlash and emphasizes the need for everyone in the community, including men and women, to take action in order for change to happen. Burke has also laid out specific goals including actions toward protecting children in schools, updating sexual harassment policies and improving training in workplaces.