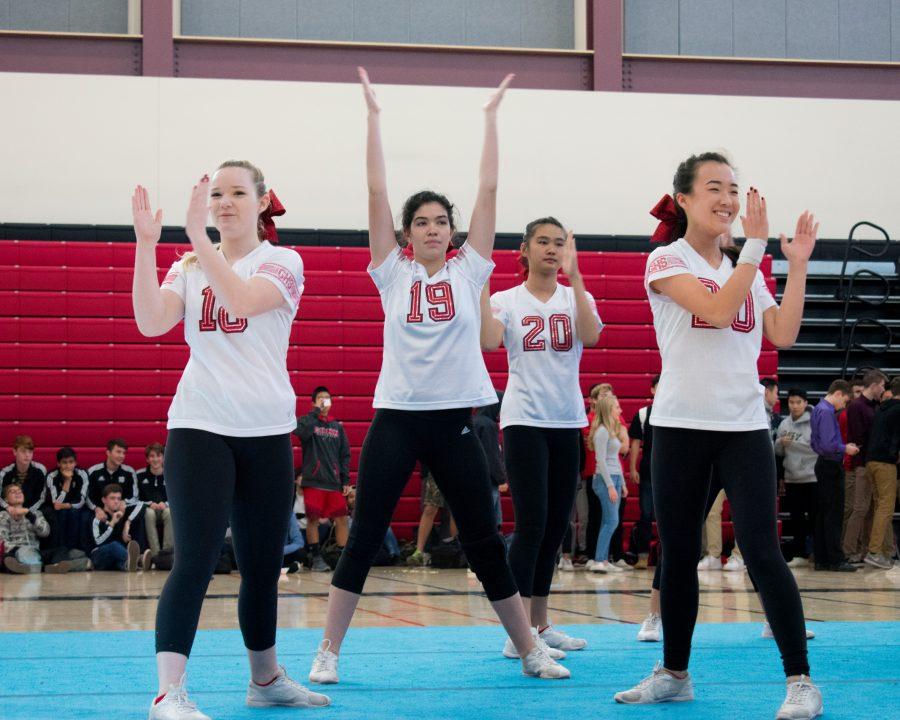 The cheerleading team is closing out the season with multiple successful competition routines and an amazing night rally performance under their belt. Coach Jazmyn Turner’s focus was to build upon the team’s skills. “I think their strength has improved mentally,” she said. “They’ve also learned how to pick up choreography faster.”

Additionally, this past season has allowed Turner to adjust to her first year at Gunn. “I think this is one of the best teams I’ve ever had, in terms of coachability and the girls in general,” she said. “They’re a really healthy team to be around, so it makes my job a lot easier and enjoyable.”

As the team heads into the off-season, they hope to solidify the teamwork even more. “Right now, the team has been focusing a lot on preparing the returning members for the following years and helping strengthen their skills,” senior Nikki Verhulp said.

With only four seniors and a larger number of returning members on the current team, Turner plans to push the team even harder. “They competed this year but a couple of girls got injured, so they plan to come back next year stronger than before,” she said. “Going into next season they’ll be a full out competition team and come back a little more advanced than they were before.”