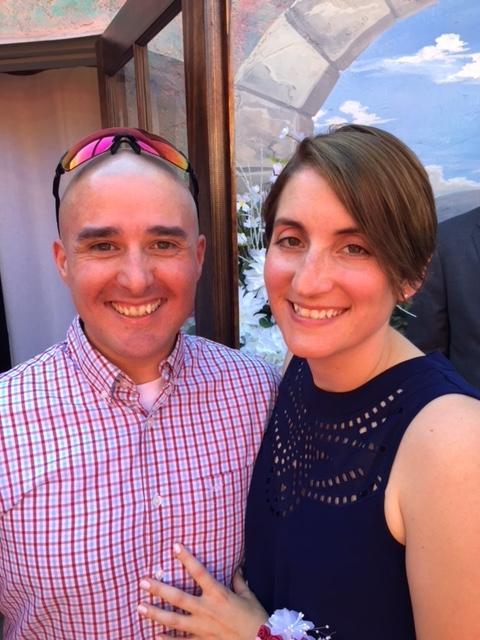 “Obnoxious,” was the first thought that came to Living Skills teacher Jeanette Tucker’s mind when she first met Michael. Now, they have been dating for 17 years. They met in the stockroom of Crate and Barrel at the Stanford Shopping Center in May 2000, when Tucker was a junior at Gunn. She was taking a tour of the stockroom to

prepare for her new job at the store, where Michael already worked. “I thought he was cute the second I met him,” she said. As coworkers, they often took their lunch breaks together. Goofing around as friends slowly evolved into a more romantic relationship.

They went on dates, but neither of them was clear on if the other person liked them. After a conversation in Tucker’s room in July 2000, they began
to officially date. Their relationship faced disapproval because Michael planned to go to military basic training in August that year. “A lot of people told me, ‘Don’t waste your time with someone in the military,’ but I’m glad I didn’t listen to them,” Tucker said. “Sometimes you know what is best for you even when everyone else is going to say that you don’t know what is best.”

For the three months Michael was at the military basic training, Tucker wrote him a letter every single day. He then went to Iraq for a year and served in the military for a total of six years. “I would say that it’s pretty unlikely you meet your number one when you are in high school, but just because things seem difficult doesn’t mean that you have to throw it away,” she said. “If you found someone special who brings out the best in you and you bring out the best in them, maybe it’s worth fighting for.”
Tucker’s favorite attributes of Michael are that he is logical, calm and an incredibly supportive person who always wants the best for her. In Tucker’s high school years, Michael would not see her until she finished all her homework. “He was a very supportive person in terms of school and he was my biggest cheerleader for doing well in school,” she said.

On Tucker’s 21st birthday, Michael could not be with her because he was in San Diego for military preparations before he left for Iraq. Tucker, studying at De Anza, received a call from her brother. “He was like, ‘Mike sent you something,’ and I was like, ‘oh okay, don’t tell me what it is, it’s a birthday present so I don’t want to know’,” she said. “He goes, ‘Okay, well this is weird’.” Later in the day, she opened the door of her house to find five vases of roses in the entryway. “I was like, oh my gosh so many flowers! I looked further into my house and every surface was covered in red roses!” Michael had sent 21 dozens, or 252, red roses as Tucker’s birthday present.

Even though they are not officially engaged yet, the couple plans to get married in the future. “It’s pretty amazing when you find a partner who brings out the best in you and encourages you to be your best,” she said. 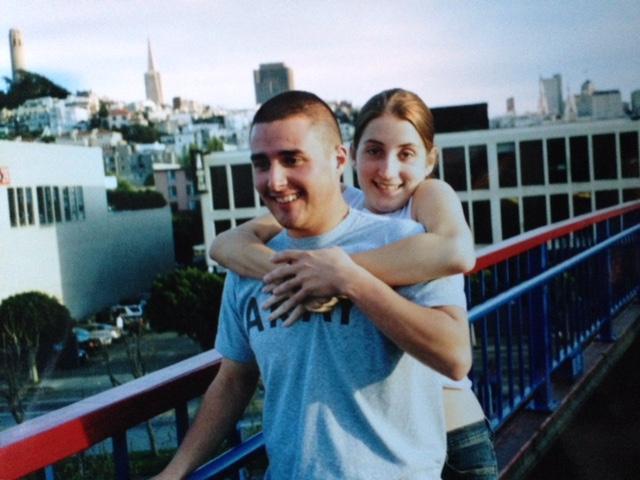