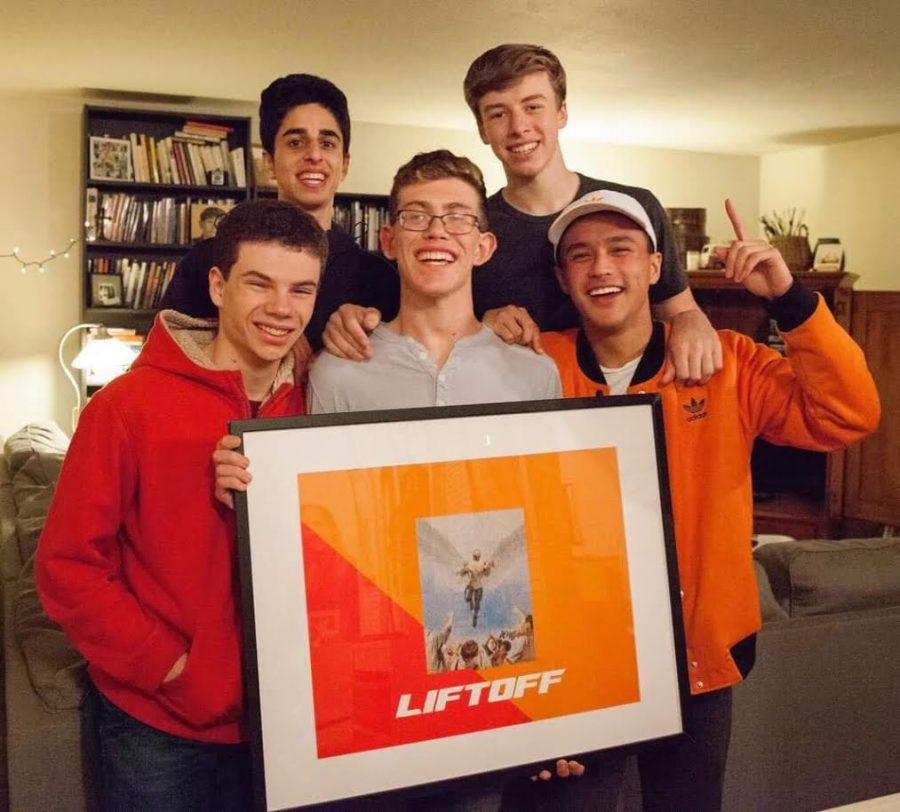 On Nov. 28, a group of over 30 students and alumni released a hip-hop album that now has over 12,500 total listens on SoundCloud. The album, titled “Liftoff,” was led by senior Zac Sanders, who had the idea for a school-wide album three years ago.

Sanders became interested in music during his freshman year and has been passionate about it ever since. He started off by learning how to rap, but found his niche in producing tracks for people to rap or sing over, or beats. Aside from the music itself, there was one underlying feeling that attracted Sanders into the hobby: his desire to spark creativity in others. “The purpose of the album was for people to have an outlet to express themselves,” he said. “The album was a place for students to share their voice, independent of school, but still [in] a way that Gunn could hear.” This goal finally turned into reality when he brought together 30 student rappers to make 15 inspiring tracks for the student body.

The journey wasn’t easy: from finding musical equipment to identifying talent, there were a lot of moving parts in the process. The album was originally supposed to be released last May, but ended up getting pushed back six months. “We completely grinded for like three months before the seniors left, but it was just so bad that we were like there is no way we can drop this,’” senior Shaan Singh, who helped produce the album, said. “It really came together by the end though. One of our most famous songs came together on literally the last day.”

The tracks are named after famous places all over the world, but the lyrics have a much more intimate meaning. According to senior Thomas Burton, who was featured on the song “Amazon,” the tracks are related to each other, with each song having a personal connection to the artist. “We would only have a few people in the studio at a time so we could keep it intimate and have the music come through better,” he said. Burton explained that each song has a different perspective, and the album is meant to be a celebration of the diversity of thoughts and emotions found on campus.

Like many others on the album, this was Singh’s first musical production. He believes that it was an incredible learning process and advises anyone who wants to get into music production to be extremely passionate about what they are doing, since it is really easy to give up mid-way. “The most important thing you can do is find your niche and keep at it,” he said. “The worst thing you can do is get into music and give up after a week.” Singh says that making an album is more than just making music, and that almost anyone can help in some way. “You can contribute a lot and still not record anything,” he said. “Just putting in ideas is huge [yet] super underrated.”

Sanders had a variety of goals for the album, including showing students that they have the power to make something notable. “One of the main messages of the album was that teens could create something great,” he said. “I wanted the students of Gunn to have something created by them.” He added that there are a lot of students on campus talented in music who simply don’t have the means to record their own music. According to Singh, the album was meant to be a benchmark for documenting student creativity and encouraging students to be confident in what they produce. Moreover, Sanders wanted to bring students of all backgrounds and experiences together when making the album. “I tried to get all the grades involved since I don’t feel any sort of grade divide,” he said. “It was really cool to see seniors and freshman sharing earbuds, listening to the album and getting inspired.”

The group is extremely proud of their work and hope they have inspired others to explore their creative side. They aspire to carry on the album’s legacy and keep promoting collaboration and creativity within each class. “I’m not allowed to say much, but there is something in the works,” Singh said.