Finding Strength in Vulnerability: Junior Madeline Lurie learns to trust herself and others 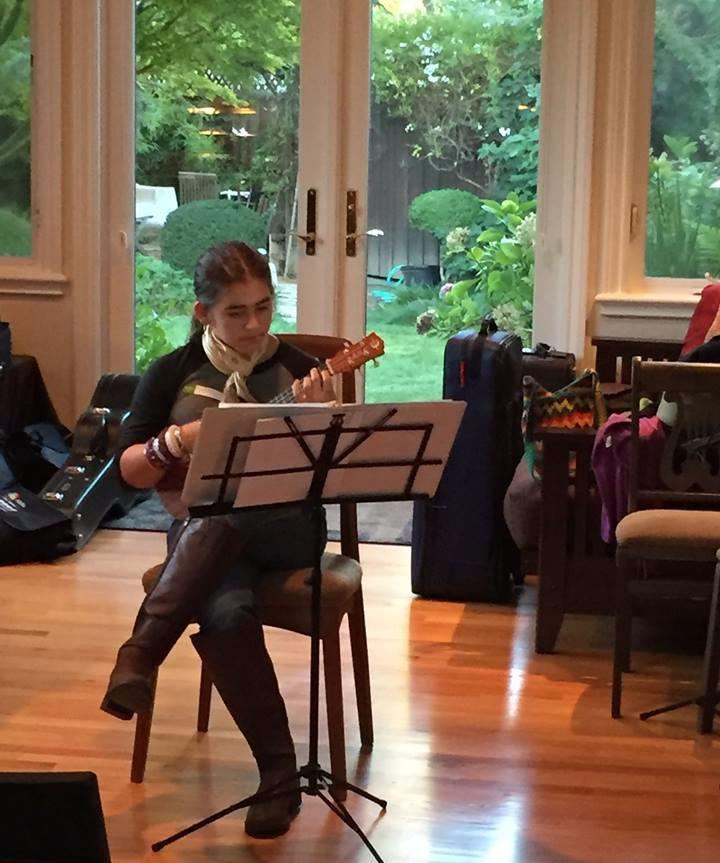 For as long as I can remember, people have seen me as an open book, as someone who’s quick to trust others. However, that’s not how I see myself. While I’ll trust people, it’s not in any way an instinctive decision. I’ve made a habit of joking that I’ve already experienced more fear than most people will in a lifetime, but honestly, it’s not that much of a joke. I’ve had anxiety nearly my whole life and OCD since I was seven. To summarize the situation neatly: anxiety tries to make me scared of the world and OCD tries to make me scared of myself. Although, in the best of all possible worlds, I could say that while they try, they aren’t always successful, as I’ve done my best to manage these issues throughout my life.

I’d made various attempts at recovery by myself, but I only started recovery in earnest once I started therapy this year. However, I don’t think that therapy by itself  “saved” me. The most important change that came out of my therapy was being able to trust. I used to only trust people after I thought they were worth it, and even after I’d started opening up, I’d still think five minutes later that they didn’t actually care about me and that trusting them was a mistake. Due to a particularly awful combination of anxiety, OCD, and stigma, I’ve had many times when I’ve believed no one will take me seriously if I talk about my OCD, or that nobody would care enough to listen in the first place. Now I’m learning to feel less and less ashamed of asking other people to help me.

Honestly, there’s no one thing or person that saved me, if saved is even the right word. A big part of my recovery actually hasn’t been my therapy; instead, it’s been having so many positive interactions with the trusted adults in my life. I’ve been so lucky that I’ve had all these amazing people in my life, people who have changed my life for the better in so many ways, from the first people who encouraged me to start therapy to the people who to this day will remind me that they do not in fact hate me. They’re my inspirations to keep going because I know how far they’ve come, and if they can survive and thrive, so can I. Even if therapy was what opened the door to having these interactions, I wouldn’t be where I am today without my “awesome humans,” as I call them.

When I spend so much time trapped in my own head, spinning around and around, it’s hard to see the good parts of myself. Instead of seeing the good, I fixate on what I see as the thousands of mistakes I’ve made. This has made finding self-love very hard. For me, self-love has come from other people instead of coming from myself — I’ve learned to see myself, for the most part, how others see me. When I have trouble thinking of good things about myself, I remember other people’s compliments. I’ve also learned to celebrate so many parts of myself that I used to be ashamed of, like that I love hard. I’ve been told to stop being oversensitive and dramatic so many times, and it’s taken me until now to learn that it’s not a bad thing. I’m emotional, and while that may get in the way at times, it also makes my life beautiful.

I’ve had to learn that recovery does not mean absolute self-sufficiency, nor does it mean fundamentally changing who I am as a person. I’m still me, and I still have all the same insecurities. The only difference, really, is that I let them control me a little less.  I still have days where I have to ask my friends repeatedly if they hate me or not. I still have days where I will have a conversation with one of my trusted adults and ask them if they do care, and apologize for inconveniencing them. But while I still have these days, they are much less frequent than they used to be.

I’ve heard so many times, both from my anxiety and from various people, that I’m being a burden by trusting people and it’s some type of mistake on my part to dare to have so much trust in people. I’ve come to the point, though, where I’ve decided that if it’s a mistake, it’s really the type of mistake that comes from being too brave. To me, bravery is talking to people who I know care even when my knees are shaking, even when I think they’ll hate me. To me, bravery is trusting people when they tell me that they care. To me, bravery is trusting myself when I’m strong enough, and asking for help when I’m not.

This wasn’t something that I came to realize by myself. Seeing others be so unafraid to be real and so, so vulnerable with others has inspired me to try my best to do the same. Being able to be inspired by that has pushed me to speak out. People have told me, multiple times, that I seem like the kind of person who’s “together”, who’s got everything under control. I want to make sure people know that sometimes the person who seems “together” just isn’t. Sometimes the straight-A student is hiding silent panic attacks, and sometimes the perfectionist has transposed high-functioning anxiety into high expectations. Sometimes all they’re waiting for is a sign, someone to say that emotion is not weakness, that trust is not stupidity, and that fear can’t take away everything you care about. I want to say that. Even if I don’t remember it every day (my friends will attest to this), I try my best.

Sometimes I forget that nobody exists in a vacuum. We all, in turn, have to lean on each other to survive and make our own ways through life as best we can. One thing I’ve learned (and try my best to hold on to) is that nobody is ever completely self-sufficient. We all need somebody or something, because we’re all only human, after all. To exist completely independently of others isn’t possible in any way, and even if it were, it would mean leading an infinitely more boring life. While I still have days when I wish I didn’t trust others, I think that all in all, my life is better for having trusted. Although both people in my life and my anxiety will tell me that it’s a weak choice, and one I’ll feel sorry about later, I haven’t ever regretted it, and I doubt I ever will.