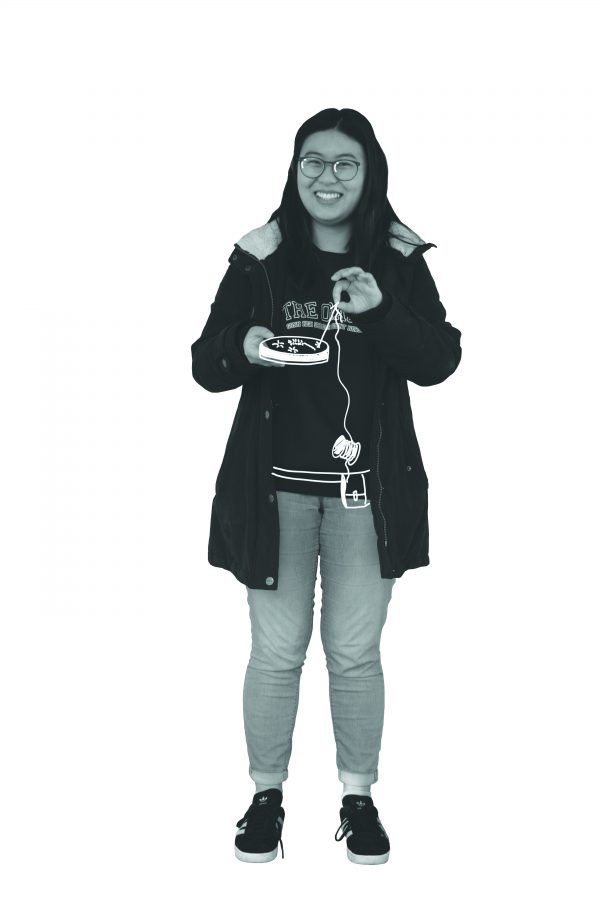 From a very young age, one of the phrases that I heard the most from my parents was, “Are your hands for decoration?” In their eyes, I did not possess any fine motor skills whatsoever. I struggled to learn how to use chopsticks, struggled to sew in home economics in middle school, struggled to use scissors and struggled to open jars and packages. I was not trusted to hold a knife until eighth grade, when my mom decided it would be a good idea for me to know how to peel and cut fruits and vegetables. She eventually gave up trying to teach me.

So, why am I trying to learn how to embroider? Well, because it looks cute. Google “embroidery” online, and you’re met with thousands of edgy and aesthetic patterns and pictures. I thought that maybe, just maybe, it wouldn’t be too impossible for me to achieve that as well. Perhaps my fine motor skills had ripened with my age.

My mom used to embroider all the time, so I knew we had at least some of the necessary materials at my house. I did some digging around and found an embroidery hoop, a needle and some different colored threads. Before actually trying to stick the needle anywhere, I looked up tutorials on YouTube and found a channel called HandiWorks that had a 12-minute video showing 10 basic stitches. I figured it would be a good idea to try out these stitches before picking a design, so I stole a white T-shirt from my brother, cut it into squares and t one into the hoop. en came the most difficult part of the whole process: threading the needle. I spent a good 20 minutes trying to get the thin black thread through the needle’s narrow hole. Fortunately, my mom came around, threaded

the needle for me and then proceeded to lecture me on how I was wasting my time.

Finally, I was all set to actually begin embroidering. The basic stitches lived up to their name—at least up until the first three stitches. All the stitches looked so simple, but looks can be deceiving. When I actually tried to do it, I started getting confused, so despite all my knowledge on mitochondria and matrices, some of the stitches were a little hard to wrap my head around. Still, I managed to finish all the stitches, though it took quite a bit longer than I would like to admit.

Now I was ready to level up to an actual design. I spent too much time on Instagram looking for a feasible design, and the majority of that time was spent ooh-ing and ahh-ing at intricate designs I could never dream of accomplishing. But I finally found a cute dog design that appeared challenging enough. However, it was actually very easy; I only applied about three of the basic stitches I learned and after outlining the shape of the dog with pencil before actually stitching, it was fairly simple to fill in the outline with stitches. There was one thing I had overlooked, though: it was incredibly time-consuming. If you’re looking for a mind-numbing activity that requires just enough of your attention that you really can’t watch Netflix while doing it, then embroidery is for you.

After too many hours of hardcore embroidering, I was finally finished, and the final product kind of made me wonder if all the time I had spent on it was really worth it.