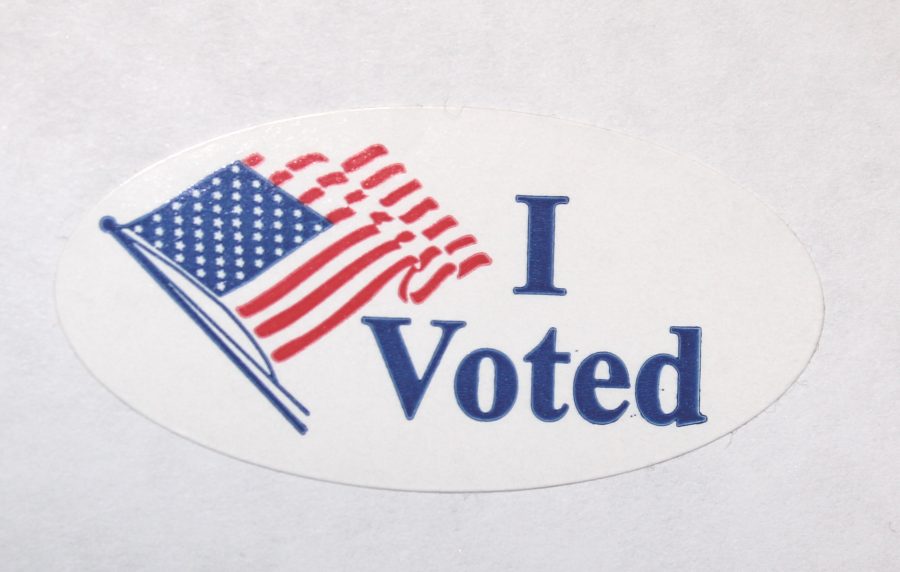 On March 6 and 8, members from the League of Women Voters’ Palo Alto chapter helped students register and pre-register to vote in the library. This opportunity was part of the League’s larger goal of registering 100 percent of eligible teens in Palo Alto. They have  already successfully registered around 400 students at Paly and also plan to reach other private schools in the area, such as Kehillah Jewish High School and Pinewood School.

The registration event is just in time for the upcoming 2018 midterm elections on June 5, in which all seats of the House of Representatives, a third of the Senate seats and most state governors are up for re-election. The League feels that reaching out to younger citizens is particularly important, as the millennial generation (those ages 18 to 35) overtook the Baby Boomer generation (those around age 54 to 78) last year to become the largest voting bloc in the United States in terms of voter eligibility. Despite the large population, eligible millenials have a much lower voter turnout than the Baby Boomers. A study by the Pew Research Center found that in the 2016 presidential election, 49 percent of eligible Millennials reported voting, compared to 69 percent of Baby Boomers.  “[Millenials] have the potential to change the nation because you have the biggest number of votes,” League member and coordinator of Gunn’s Voter Registration Drive Liz Jensen said. “If you choose to vote.”

Additionally, research also shows that those who vote early are more likely to be lifelong voters, and those who don’t make a habit of voting are unlikely to vote in the future, making younger voter turnout critical for America’s future. “One of the goals of the League of Women Voters is to educate, protect, and spread democracy and one way to spread democracy is getting people to vote. It’s a mission of the League of Women Voters, it always has been since 1920,”  Jensen said.

In the library, organizers set up a presentation explaining how to fill out the available voter registration forms, making the process convenient and simple for students.

Following recent mass school shootings, as well as the Feb. 26 student protest for tighter gun control legislation, gun control has become one of the main topics that students are eager to speak out on. “Based on what’s happened recently, gun control [is a topic I’d like to vote on], but also smaller things like what California’s doing with our water,” Roodman said. “Especially now… young people have a really strong voice and we’re the people who want change more than the older generation. It’s up to us to change things…  if we want something to happen we have to be the ones to do it.”

More than anything, student participants and coordinators alike encouraged everyone to realize the value of one vote. “[It’s a] dangerous position to think that [a vote] doesn’t count, and I think that that’s why in the last election so many people didn’t bother to go out and vote,” Instructional Technology staff member Darlene Feldstein said. “It’s basic to our democracy.”