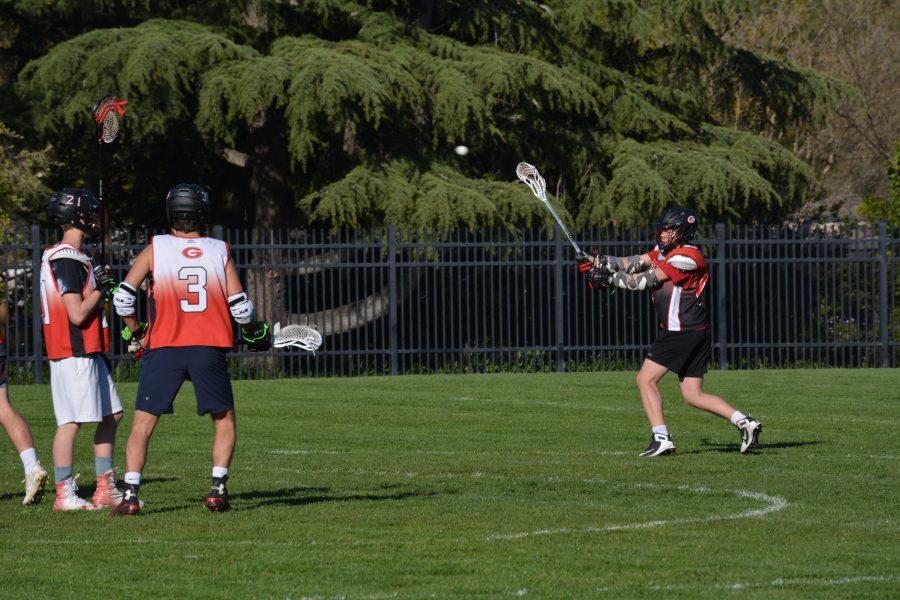 The boys lacrosse team started the spring season with an overall 2-3 record including a win over Saratoga, a team they’ve never beaten before. Despite the early victory against Saratoga, junior Peter Christians says that the beginning of the season has come with ups and downs. “It’s always a learning process because we have a lot of new kids, and a lot of them are younger,” he said.

Among the teams goals is also to nish the season with a winning record. “We had a tied record my freshman year, but my goal before I graduate is to do better than that,” Christians said.

Christians says the biggest obstacle the team is working to overcome is numbers. “We only have a few more guys than are on the eld at all times, so everyone is going to play no matter what skill level,” he said. “Teaching kids and just getting them involved is always a challenge. I think we’ve seen a lot of improvement already from some of our new players.”

Ultimately, Christians is optimistic about the team’s potential this season. “We only have a couple games that I think are not winnable for us,” he said. “We have a lot of winnable games [coming up] and it should be exciting.”