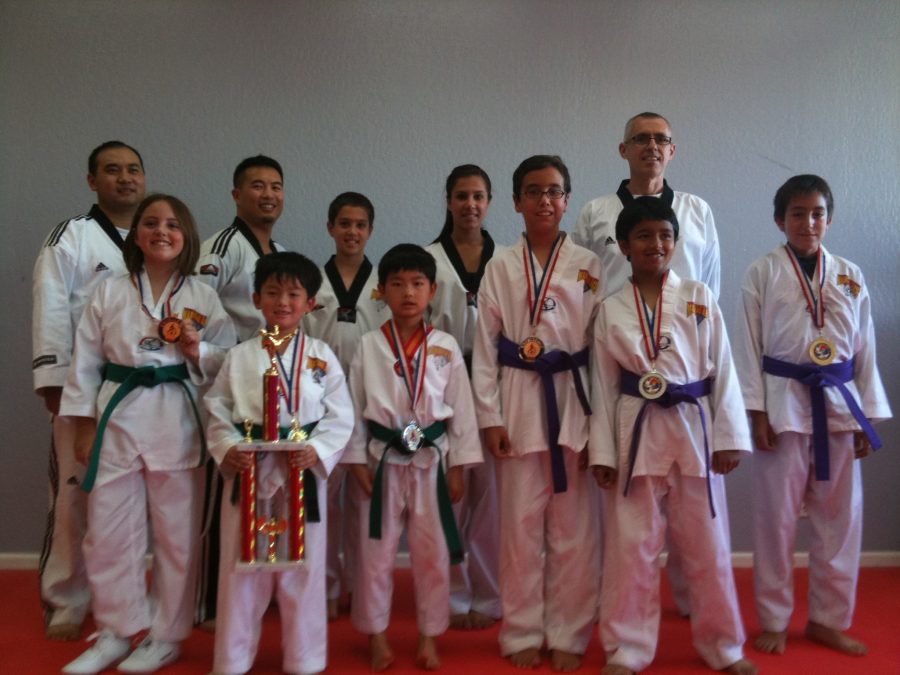 For freshman Elijah Schacter, taekwondo is a way to learn self-defense and discover his culture. “A lot of the sports like karate and taekwondo are actually really similar and good for self-defense,” he said. “I chose taekwondo since my mom was Korean, and I wanted to find a way to connect to my roots.”

From a young age, Schacter has attended regular taekwondo practices and competitions, where he has learned special skills and moves. After eight years of the sport, however, his favorite part is still sparring during practice. Sparring is a one-on-one match where both opponents are wearing protective gear. All types of kicks and punches are allowed, except punches to the face and kicks below the waist. All of this training culminates in a complex battle involving intricate scoring. “The form is good for discipline, but the most fun part is when you get to fight other people,” Schacter said. “You can do competitive sparring which is scored by points, but I don’t enjoy that as much because it becomes a lot of trying to gain extra points by tapping them on the head instead of actually using techniques.”

Another factor Schacter particularly enjoys is the mental strength required for participation in the sport. Taekwondo is a highly competitive sport, and requires mental fortitude and determination. “It’s completely individual and it’s all on you,” he said. “It’s about having more discipline, control and the will to win to beat the other person.”

There are, however, aspects of taekwondo that Schacter doesn’t enjoy, such as stretching. “It’s the most important part, but it’s so painful and just terrible, especially the splits,” he said. “Front splits are fine, but I can’t do side splits.”

While Schacter is unsure about whether taekwondo will be a major future commitment, he is thankful for what he has already mastered. “While I’ve gained discipline, the most practical thing I’ve learned is how to disarm someone with a knife who’s trying to attack you,” he said. It may not be the most popular sport, but to some, taekwondo is a way to express a passion that would otherwise be neglected.