On Feb. 14, a school shooting at Marjory Stoneman Douglas High School in Parkland, Florida took the lives of seventeen students and staff. In light of the shooting, students have been rallying together under the hashtag #NeverAgain, calling for stricter gun control. The movement has since spread through schools across the nation.

Some schools made shirts and pins to advocate for the #NeverAgain movement, as well as donations to the Parkland students. Others schools, from forty students to a thousand, held walkouts and protests. Communities pulled together and reached out to one another.

In California, students at Carlmont High School organized a walkout on March 14. Emma Romanowsky, a sophomore at Carlmont, participated in the demonstration. According to Rowanowsky, around a thousand students walked out of class to express their support for the Never Again movement. “We were shocked after the shooting,” she said. “It was kind of a wake-up call. We had known that gun violence was a problem, that this wasn’t a new thing, but the fact that it happened at a high school was a shock.”

When news of the shooting reached Page High School in Arizona, the student body was similarly horrified. Sophomore Shalyn Yazzie said, “We were all in our courtyard holding hands together. We were all saying prayers for their families and their lives.

The #NeverAgain movement is unique in that it is a campaign led largely by high school students. On March 24, students organized the March for Our Lives. It hosted demonstrations throughout the United States and even internationally, and demanded the passage of legislation to curb gun violence. According to Kate Rooney, a senior at West Albany High in Oregon, the student-led aspect of the movement is significant and powerful. “I think that the fact that it’s high school students is amazing,” she said. “I think that it is one thing that will really wake up a lot of people to the fact that since our elected officials won’t do anything, it’s actually gone onto the shoulders of children.” 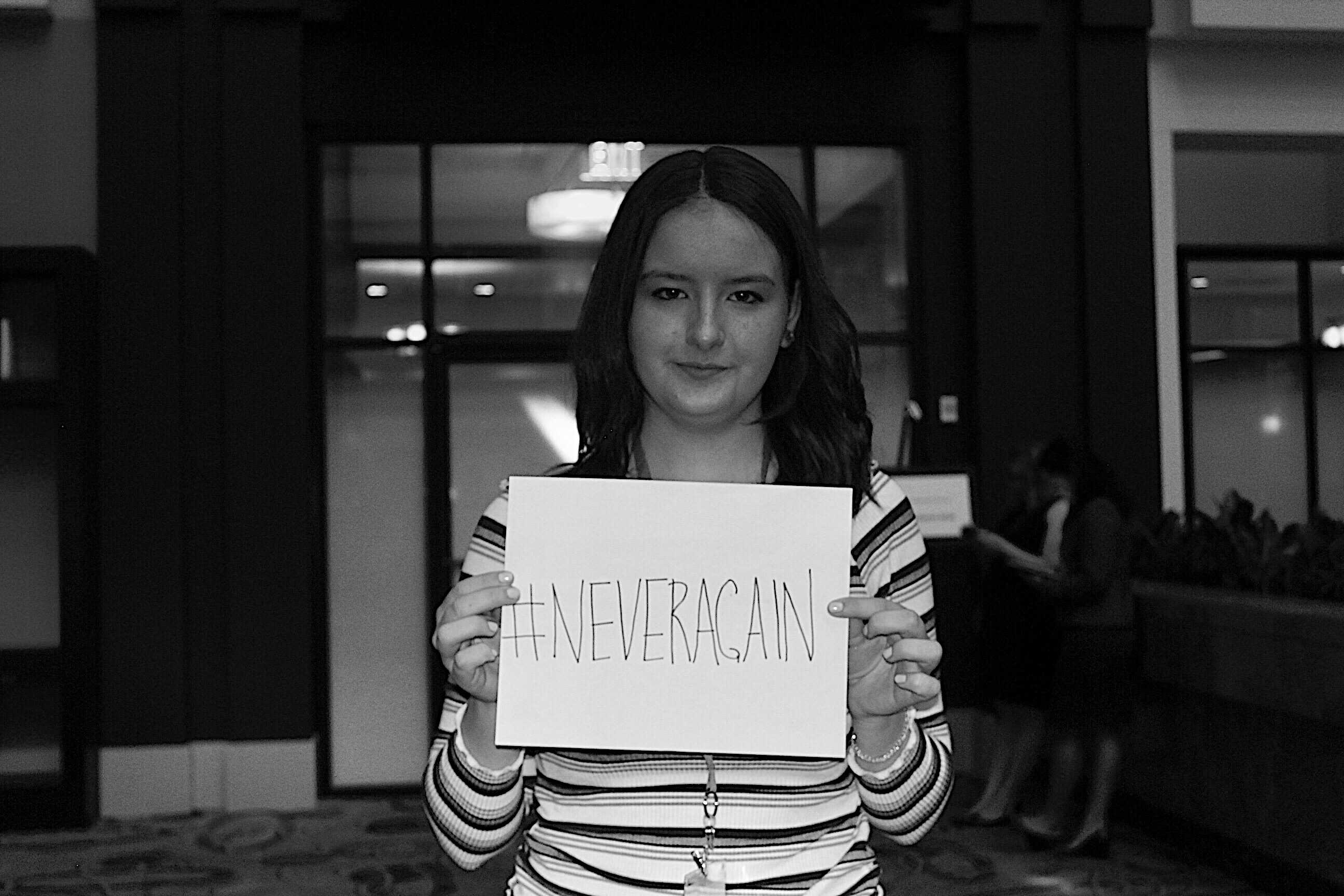 Rowansky had similar thoughts on the implications of a youth-driven campaign. She felt that the students are proving a point to lawmakers that teens are willing to create change for future generations. “We have a different voice than college students in that we can’t vote ourselves, but we have the intelligence to understand what’s going on and the capacity to want change,” she said.

Still, as shocking as the tragedy at Parkland may seem, some students feel that the event of a school shooting is becoming increasingly commonplace. Christian Torres, a senior at Creek High School in Wisconsin, believes that people are no longer as appalled at the news of a shooting as they may have been in the past. “The more shootings there are, the less shocking they become,” Torres said. “We’re more used to it, which isn’t a good thing, but that’s the reality.”

Safety on campus has also become more of an issue. Yazzie said her school went through two lockdown drills a week after the Parkland shooting. Rooney reported the same, saying that there is a desire to ensure that everyone on campus knows what to do in case of a lockdown situation. Attitudes have also changed; Johanna Tunney, a sophomore at Page High School, has noticed that her peers have been trying to make others feel more involved in the school community. “More recently, after the shootings, students have been trying to be more welcoming to other students. They’ve been trying to talk to others, make them feel seen,” Tunney said. 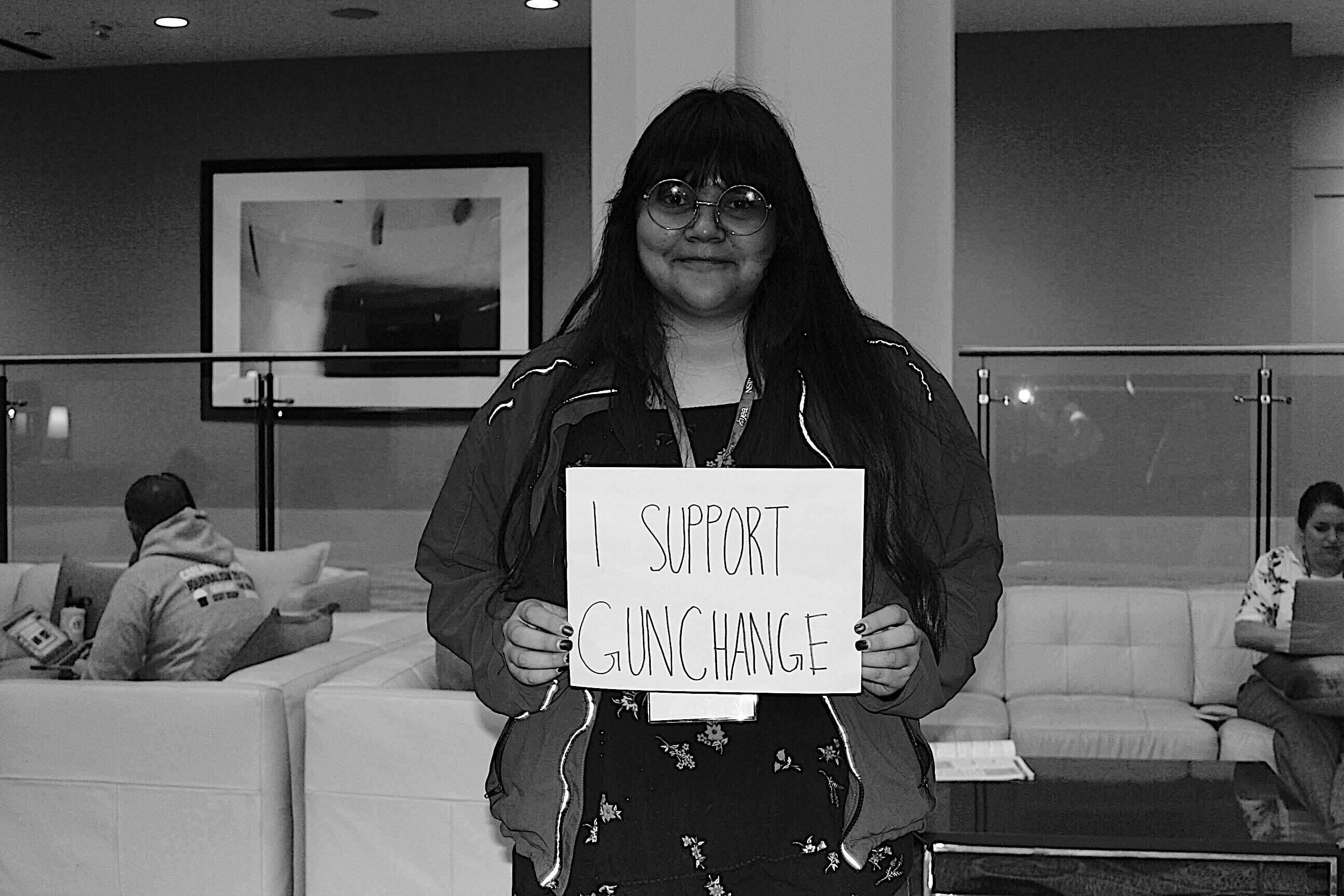 Despite the tragic events at Parkland and other school shootings of the past, senior Will Randall of West Albany High still has hope for the future. “The next generation is what moves things along,” he said. “As long as it keeps going, the movement can create a lot of change.”