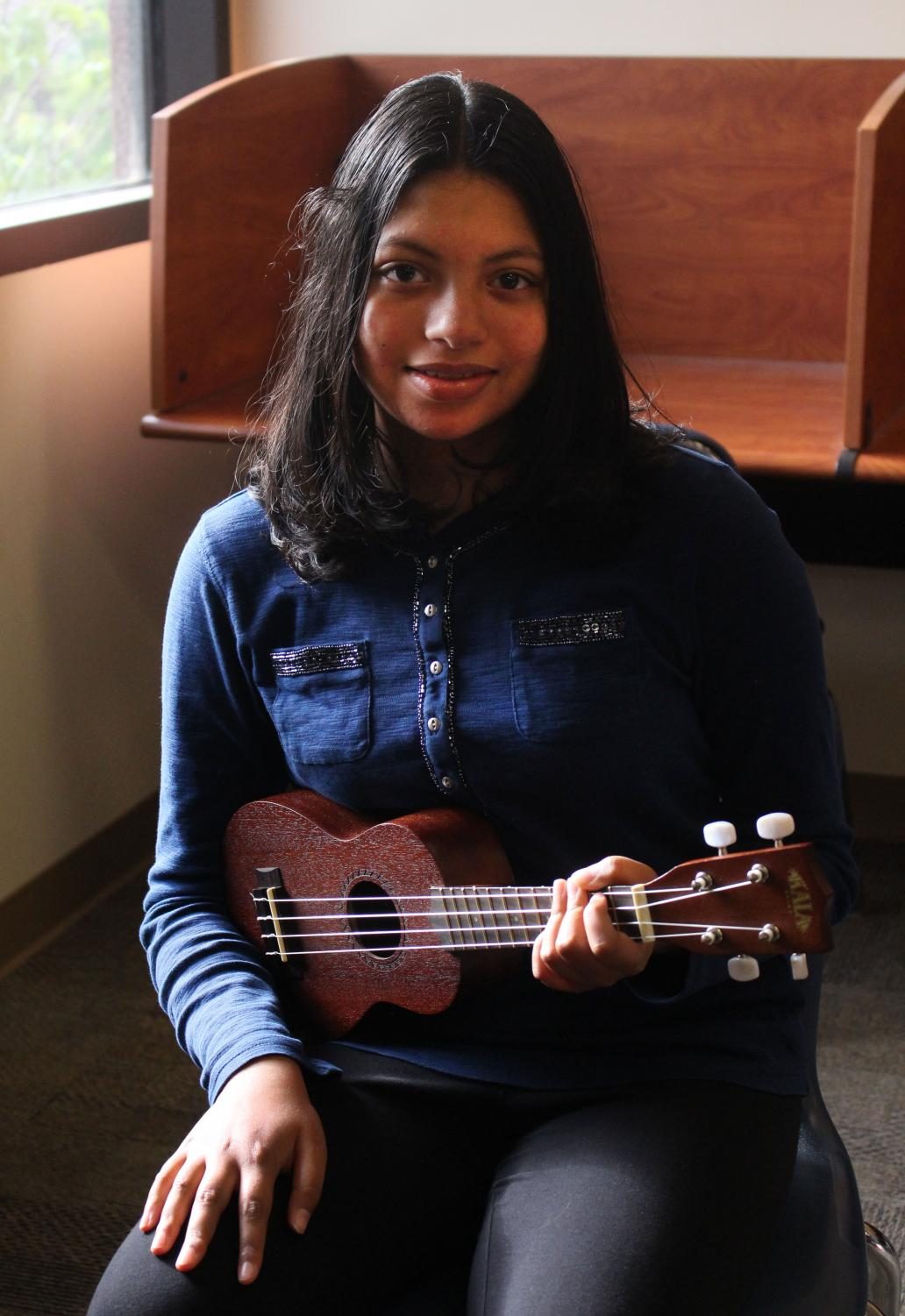 Ask around campus to discover which instruments students play, and you’ll likely find that the majority of musicians have spent years practicing the piano, violin, clarinet or other commonly learned instruments. Freshman Anshika Agarwal, however, stands out from the crowd as a ukulele player.

A video of a popular Hawaiian ukulele duo called Honoka and Azita first sparked Agarwal’s interest in the ukulele three years ago. “They are absolutely amazing at playing the ukulele,” she said. “I noticed that the ukulele can produce a variety of sounds and textures, which means you can play virtually any song, and that really impressed me.” Her sister eventually bought her one for her birthday.

Not only does Agarwal play a unique instrument, but she is also self-taught. “I mostly learned the basic ukulele technique from websites and videos that have chords and tablatures for thousands of songs, which I reference to when I’m learning a new song,” she said.

Despite learning how to play the ukulele on her own, Agarwal has developed a strong sense of discipline in terms of daily practice. “Usually, I warm up by playing simple chord progressions and then I look up new songs to learn,” she said. “ is takes up most of my practice time, because with each song, you need to learn the chords and their order, the strumming pattern and the general rhythm of the song.”

The main reason behind why Agarwal began playing the ukulele was because it gave her the freedom to play any song she wanted. “Whether it’s a classical song or a pop song with lyrics, I can try literally anything,” she said. “Also, by using different techniques such as muting and fingerpicking, you can really change up the style of the song and experiment with different variations.”

Agarwal has always been fascinated by Hawaiian culture, and she believes that the ukulele is a leading symbol of classical Hawaiian music. “[It] has gained popularity around the world because of its versatility as an instrument that can be adapted for a ton of different musical styles,” she said.

One of the biggest challenges Agarwal encountered while learning to play the ukulele was a technique called barring. “[It’s] when you take your finger and stretch it across the fretboard of the ukulele so that it covers a fret on all of the strings,” she said. “It was difficult for me because I don’t have the biggest hands so I really had to learn how to stretch my finger and place it at a certain angle to get a nice, clear sound out of the ukulele.”

While Agarwal has not competed in any formal ukulele competitions, she has found that the ukulele is a great way to entertain others. “I mostly play the ukulele in my free time and have done some informal performances for my family and friends,” she said.