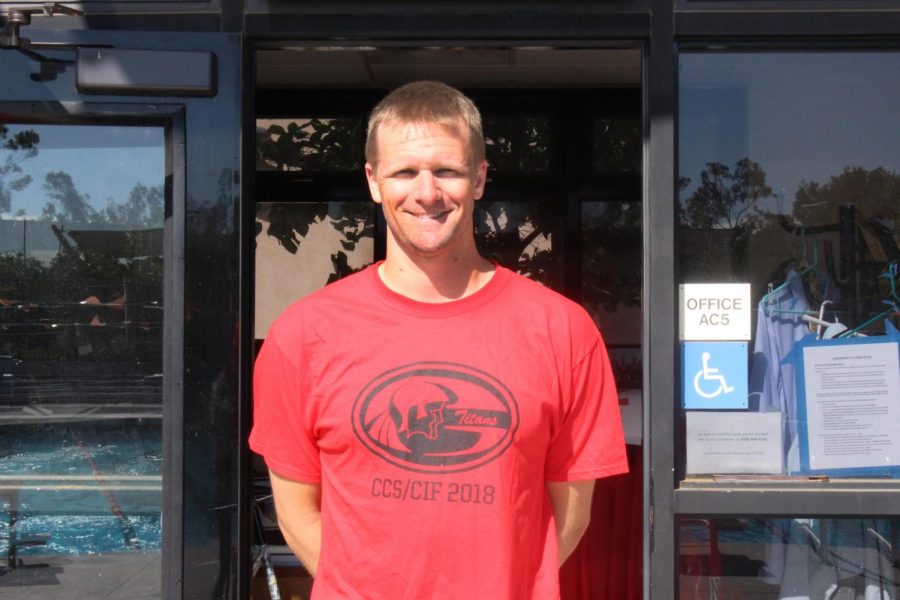 After six years with the Gunn swim team, head coach Kyle Accornero is leaving his position to move on to new ventures and opportunities.

Accornero plans to look for a coaching position at the college level. “Whether that’s local or—more than likely—out of state, you cannot work with high schools and work with a college,” he said.

Throughout his time coaching here, Accornero has helped the team through attention to detail.  Thanks to his dedicated coaching, the swim team has been able to reach new records. “My freshman year, the guys won [Central Coast Sectionals (CCS)], and that was a pretty big deal, since Gunn hadn’t won in a while. And last year, both girls and guys did really well at CCS,” junior Jackie Lu said. “I think he’s helped a lot of people improve.”

Besides helping the swimmers polish their technique, Accornero also taught team members valuable lessons that they will carry through all aspects of their life. For Lu, Accornero’s coaching has driven her to work towards reaching her aspirations. “In my experience with Kyle, I learned a lot about pushing myself, especially towards goals that I set,” she said. Accornero also helped all team members—regardless of ability—to refine their swimming and contribute to the team. “He hasn’t ever complained about how you’re not swimming fast enough,” senior Aaron Babian said. “He only cares that you give your effort and try to do everything right on the pool deck rather than in the pool.” Babian sees Accornero as a coach who values perseverance and effort above skill level, allowing all swimmers to improve.

Several students, however, are still upset about losing their head coach next year. “I think it’s going to be a huge loss for our team, and I think everyone—not just me—is very sad about the loss,” sophomore Devan Singh said. “I just hope that we’ll be able to find someone that will be able to fill in Kyle’s footsteps and give the program what it deserves like Kyle did.”

Accornero will miss the swimmers he has gotten to know over his years at Gunn. He has admired their development both as individuals and as athletes. “Working with [the student athletes] on a daily basis is a hard thing to walk away from,” he said.