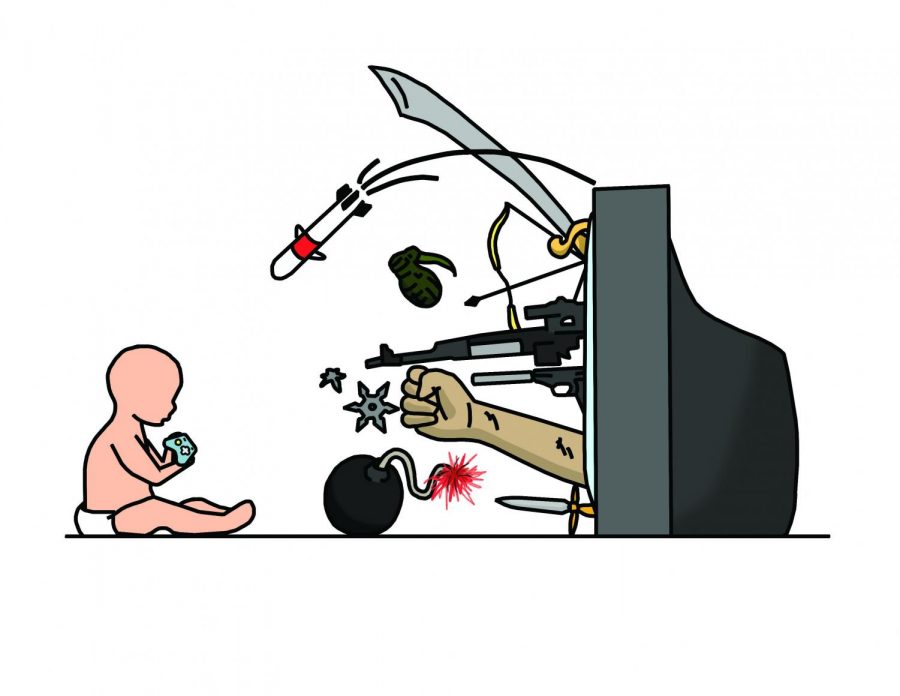 The debate on whether violent video games cause violent behavior is not new. Ever since the 2011 Supreme Court case Brown v. Entertainment Merchants Association (EMA) in which a 7-2 ruling for the EMA resulted in no regulation of violent video games to minors, debate between both sides has occurred consistently. Now with the recent school shootings and outbreak of awareness about gun violence, video games have been brought to the public scene once more. With some public figures putting the blame on first-person shooter games such as “Call of Duty” or “Counter-Strike: Global Offensive” for these tragic events, a stereotype that gamers who play violent video games have aggressive behavior has risen. Despite the accusations toward these gamers, the stereotype is invalid and misleading through statistics and experiments disproving the stereotype as well as the claims of shortsighted data supporting the stereotype.

Banning video games will not eradicate violent or aggressive behavior, nor will it significantly decrease the number of crimes or shootings occurring in the United States. Reinforcing the stereotype through scapegoating violent video games when real life violence occurs and placing blame on the gamers themselves is dangerously misleading. Being aware of the stereotype also helps create less stigma towards gamers, for a more unbiased view is created. Although it seems that the world is more violent, the blame doesn’t go to entertainment even though it may seem intuitive to think so. Video games are not the problem, despite the popular belief otherwise.