Quality of Hydro Flasks lives up to their price tag 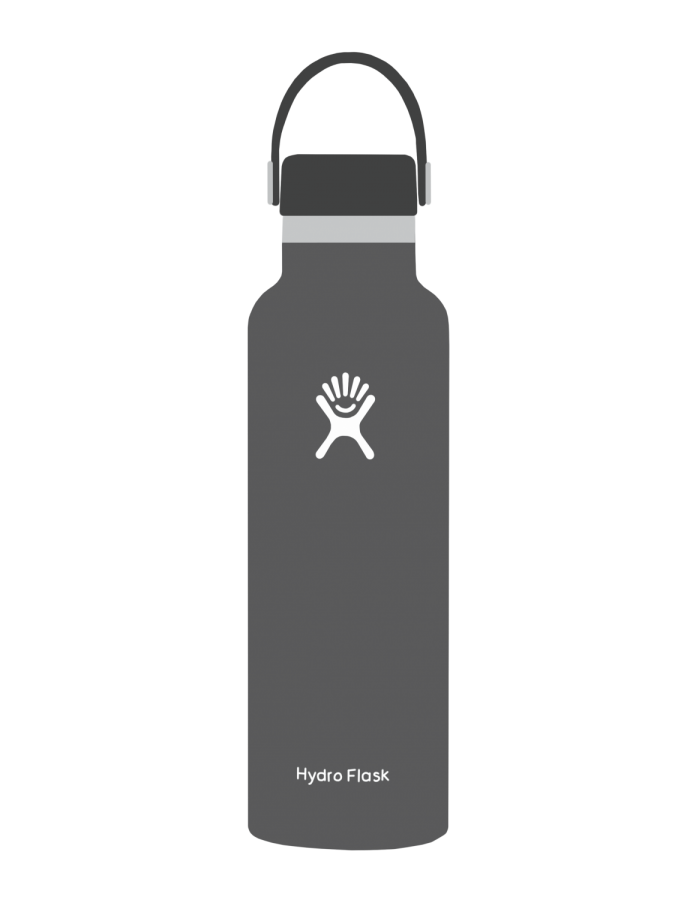 Although I occasionally get flamed for being a Hydro Flask bandwagoner and for buying such a stupidly expensive bottle, the benefits of owning one far outweigh its shortcomings. The moment I took a swig out of my teammate’s orange Hydro Flask during the start of last year’s water polo season, I completely understood what all the hype was about; stale, lukewarm water became a distant reality as I pictured myself owning a 40 oz. turquoise flask that had the capacity to quench my thirst with ice-cold water during any occasion.

The next day, I begged my parents to let me spend $42.95 of my hard-earned money on the Hydro Flask of my dreams. At first, they looked at me as if I were insane, and tried to convince me that this frivolous purchase wasn’t necessary; they insisted that I could buy five cheap bottles with that kind of money.

You could say I was thirsty enough for a well- insulated bottle, because I did my research and laid some straight facts down on them. I first used the “everyone has one” trick in order to convince them to think that it must be high-quality and worthy of the seemingly outrageous price tag due to its popularity. Next, I listed all of the positive aspects of the Hydro Flask: it’s made out of non-toxic, BPA-free material and stainless steel, has a powder coat that gives you a solid grip and prevents condensation from forming, doesn’t hold odors, is easy to clean and ensures that it will keep your beverage of choice cold for up to 24 hours and hot for up to 6 hours due to its double- walled and vacuum-insulation. I also insisted that purchasing a water bottle above the price point of $30 would make it so I would use it every single day to milk my money’s worth, saving me money in the long run, helping hinder plastic bottle pollution and motivating me to stay hydrated. Furthermore, because I had a track record of losing literally every single water bottle that my parents have bought for me previously, I finally convinced them to let me buy it by explaining that the more expensive the bottle, the more aware I would be of its location at all times— infallible logic, I know.

With my four-part argument laid out masterfully in front of them, my parents finally caved and grudgingly allowed me to make what has been one of the best purchases of my life. Now that I have experienced a solid nine months of refreshing hydration, I can safely say that Hydro Flasks are well worth it for anyone who is willing to shell out the money for one.