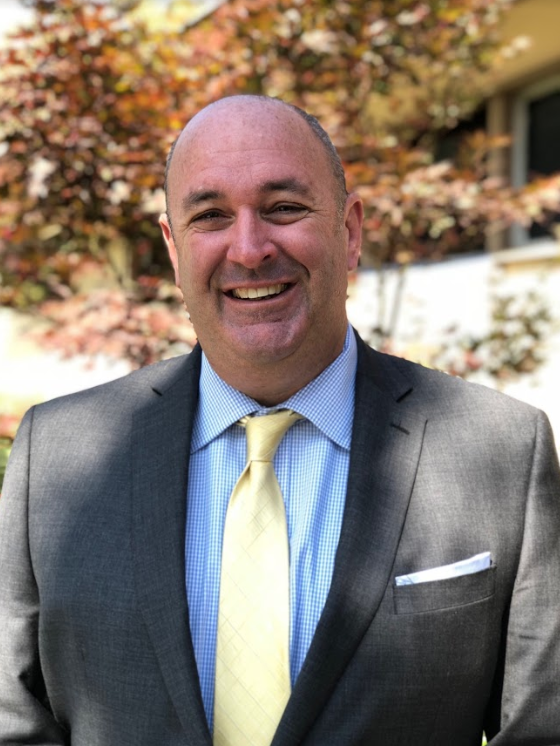 While superintendent, Austin hopes to bridge the gap between the students and the administrators at PAUSD. “Sometimes adults solve the wrong problems because they don’t stop to ask questions to the people most affected,” Austin said. “I would like to build upon is working on soliciting answers from students.” Austin also emphasizes the need to work towards regaining trust of students with the administration. “If students are reluctant to report issues because they think it won’t be handled properly, that must be solved right now,” Austin said. “It’s been pretty well documented that there have been mistakes [of handling reported issues] and I don’t want anyone else to go through that.”

Austin views student wellbeing as a priority for the district, and believes trust is essential to achieve that. “A big part of student wellness is creating a trust,” Austin said. “When something goes bad and is reported, it will be acted upon immediately and appropriately. The health and safety of the student should be top priority, and everything else should become secondary.”

Additionally, Austin emphasizes that collaboration is essential to ensure student wellbeing. “It is something everybody should play a role in,” Austin said. “[There have been meetings about] putting structures in place with safety nets so things like student wellness and health and safety don’t rest with one person or two people, but we create a system that’s built on having interests student safety and well being.”

Austin’s goals for district collaboration aren’t only limited to just student wellness; he hopes to see increased communication between PAUSD officials on all levels. Austin hopes that the district works and functions as a “super team” in order to improve com- munication between PAUSD schools. “‘Super team’ means school principals work as a team to make each other better,” Austin said. “It would mean the teachers and principals at Gunn would have a vested interest in Paly too. You don’t have to wait for a problem to arise for people to communicate with each other and share successes.”

According to Austin, this communication between schools is essential to share the best practices, as well as to promote the wellbeing of the district. “If we identify best practices in a school, it’s my job to make sure they are shared with everyone,” Austin said. “There are no secrets of success in our schools.”

As superintendent, however, Austin points out his job is to play a behind the scenes role in the functions of the district. “If I do my job to the best of my ability, I should be almost invisible,” said Austin “I’m here to add value and clear the path for really smart people to do really smart work. I want to be competent so I don’t create distractions for amazing teachers, and support staff and brilliant kids.”

Austin has a long history in working in education, and it has always been of high interest to him. “I grew up across the street from my high school,” Austin said. “I looked up to coaches and teachers, and I knew from a really early age I wanted to be a teacher. They were the people I respected the most.” His dream of becoming a teacher came true in 1994, when he began teaching at Sunnymead Middle School in Moreno Valley, California. However, Austin didn’t stop at just teaching. While working at Sunnymead Middle School, Austin built the school’s first athletic program from the ground up. “They had no program at all,” Austin said. “There was no budget, so for a year I sold day-old donuts out of my classroom during lunch and financed uniforms for boys and girls teams.”

The administrators of Sunnymead saw potential in Austin, and encouraged him to take classes to become an assistant principal. “I was a high school activities director first,” Austin said. “People saw leadership potential and they invested in me, I try to do the same for people now.” Austin took the advice of the administrators, and in 1998, he enrolled in Azusa Pacific University’s Doctorate of Educational Leadership program.

In 2001, after having finished his Doctorate in Education, Austin got an early opportunity to serve as principal of La Sierra High School in Riverside, California. Austin reflects on his first administrative job as period of growth. “I was young,” Austin said. “I was reluctant to ask for help, and I ran into walls I could have avoided but overtime that shifted.” Now, Austin’s process of administration is shaped and he values collaboration when making decisions.

After his stint as principal of La Sierra High School, Austin started a job as principal of Laguna Beach High School. According to Austin, the school shared various similarities to Gunn and Paly, describing them both as “high achieving, en- gaged communities, [with] a similar student population.” Those similarities sparked Austin’s interest in PAUSD. “I was always looking for schools like Laguna Beach and there weren’t many,” Austin said. “Gunn and Paly both have some similarities and I’ve always thought this would be a place that I would have a high interest in.”

Austin was eager to jump at the chance to work for PAUSD when the position of superintendent opened in 2017. “I was recruited to apply for the position,” Austin said. “It just made sense. In the back of my mind I always had a thought that I might end up here.” Austin was officially hired as superintendent on May 22 when his contract was approved by the school board.