Back to nature: Q&A with social studies teacher Chris Johnson 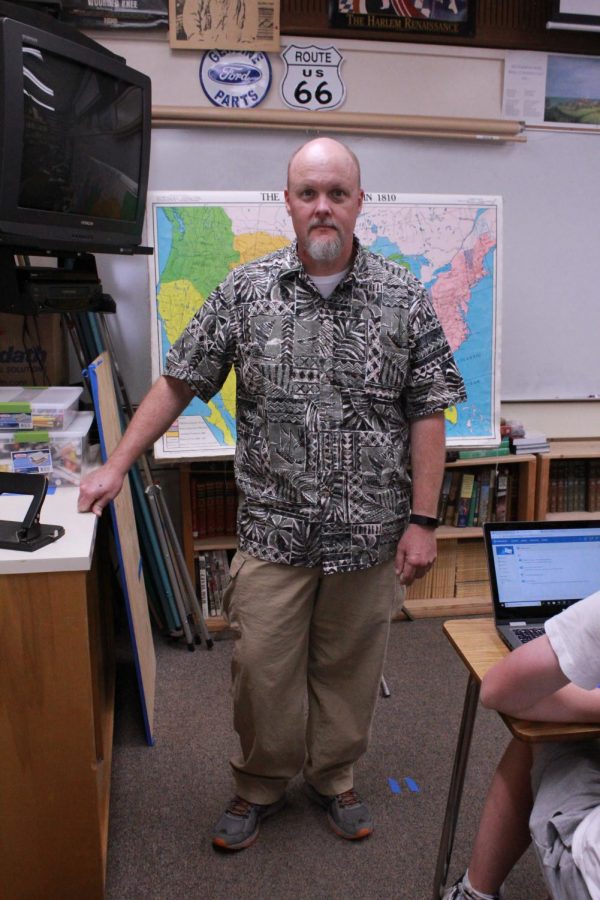 The Oracle: How did you start practicing survival and wilderness skills?
Chris Johnson: I’ve done living history for two-and-a-half decades of different time periods, from colonial times through the 19th century. I’ve always had a fascination with how it is that people were able to live in conjunction with the wilderness and be able to survive in the wild. Mainly it’s me practicing these things in my backyard. A big one that I’ve had fun with is fire-starting. Not that I like to start fires, but I learned it early on and perfected it—I was able to start fire with flint and stone. Not only does it establish connectedness with nature, but also a connection with the people in the past.

TO: Why is it important for your children to use less technology?
CJ: Screens have only been a fixation for human beings since the last generation or so. But for every generation that came before, they had this close tie, this connectedness, to the outdoors. I think as people are losing this connection with the outside world, they are losing some of those basic skills that could help them like those basic human instincts of awareness. Nature is a big thing, and that means you are able to see how other creatures adapt and if there are any adaptation skills that people can learn and apply to their own.

TO: Do your camping skills serve as an escape from the business of life?
CJ: Absolutely. I find it to be calming. I feel my blood pressure go down when I’m out in nature. Its rejuvenating. It’s important to have something that you do with your hands and that you are using the other side of your brain, and to do things where you can see a physical product of what you can accomplish. It gives a sense of connectedness and calm and a sense of self which technology doesn’t do. It’s important for people to get out and breathe fresh air, listen to the wind and the birds, listen to the rushing water. It’s a very zen experience.

TO: What does connecting to nature really mean to you?
CJ: My mother-in-law is a co-head of a whole movement about creating a sense of place. I found that it grounds people and helps to promote the idea that human beings are a component of a much larger phenomenon. Nature can sometimes make people feel really insignificant: you can go to Yosemite and you see all those peaks and those things around you and think, “I’m just not that big of a thing.” It’s important for people to be able to step outside of themselves and just be a component.

TO: Any last thoughts?
CJ: Spend as much time outdoors as possible.