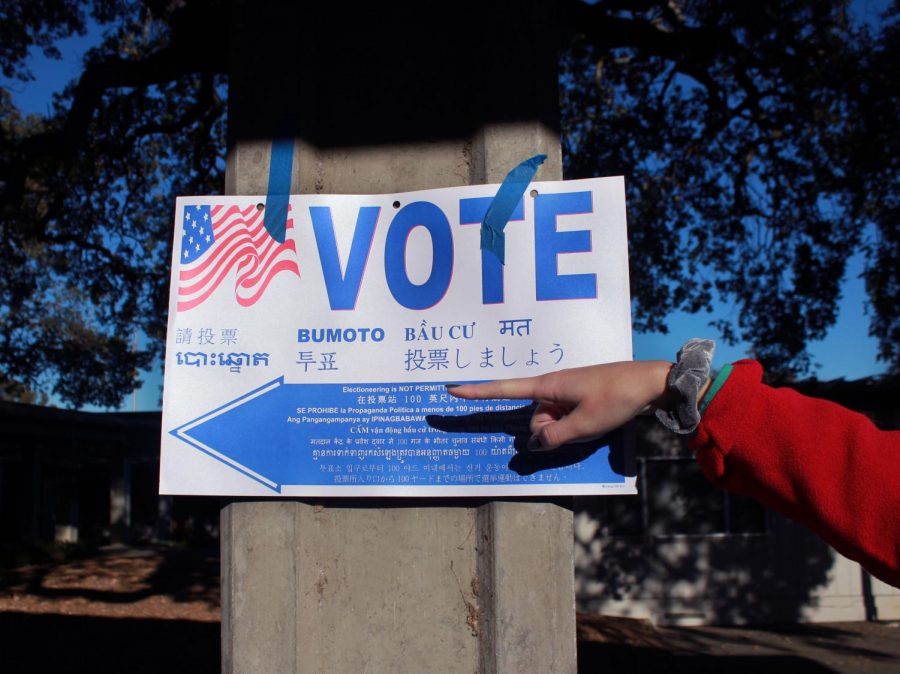 On Nov. 6, this country will vote to determine the political fate of the positions for 36 governors, 87 state legislators, 35 senators and 435 congresspeople. Some people in the United States might think that their vote does not matter or that midterms are not as impactful as the popular presidential elections. These assumptions, however, are untrue. Voting is one of the most important ways that U.S. citizens can be involved in politics. Politics affect each and every single U.S. citizen, even if it may be unnoticeable. No matter who you are, it is crucial to fully understand the importance of voting not just this November, but also for the elections in the years to come.

Millions of people throughout history have tirelessly strived, fought and died for the right to vote and to make their voice heard. Recently however, voter participation in the United States seems to be falling victim to political apathy and voter turnout is steadily decreasing. Although the recent 2016 presidential election saw a slight increase to 55.7 percent of voter participation, midterm elections have not seen such gains. In fact, in the most recent midterm elections, voter turnout dropped from 41 percent in 2010 to 35.9 percent in 2014: the fourth lowest turnout since 1916 according to FairVote. Decline in youth political engagement and a decrease in regular minority voters are some of the reasons for this decrease in participation during midterm elections. Some voters choose not to vote because of the sentiment that their vote will not count or that the voting system is broken. However, the only way to fix that problem is to vote for propositions trying to change the system or for representative-focused voter reform. Voting enables people to have a say in what kind of government they want, what they want that government to do and how that government should operate. Not voting will only do more harm than good.

Others, specifically the youth population, are growing more politically apathetic and have either decided not to vote or not to even register to vote. According to National Public Radio, while around 50 percent of older adults vote during midterms, only 20 percent of youths (who are of voting age) participate. The importance of youth voters for the midterm can not be understated: youth voters are the future of this country. Without an active voting population, the democratic processes would be undermined and would not represent the views of the entire population of the country. Voting is an outlet of change and a source of power for every eligible American citizen.

Not only should people understand the importance of voting but they should also be able to understand what they are voting for. By researching propositions, exploring candidate options and understanding their policies, voters can make a more educated choice instead of voting based on surface-level measurements such as the number of ads seen for the candidate or if they recognize the name. Especially in an era where politics has become increasingly polarized, it is important for voters to get a sense of all sides and opinions of the political spectrum in order to make a fully educated choice. Another danger of the uneducated vote is the tendency to automatically vote for the representative of whatever party one might already be affiliated with. This dangerous tendency to vote based on partisan affiliation only perpetuates political polarization.

This same logic applies to voters understanding electoral processes on a local, state and national level. Voters should be knowledgeable of the basic operations of their government in order to minimize misunderstandings about how voting works. There is a multitude of resources online for voter education such as Vote411 which is hosted by the League of Women Voters. Sites like these allow easy access to voter registration and pre-registration, comparisons of current political candidates and information about the races on your ballot.

Many might say that the saying “every vote counts” is not true, especially due to the electoral college: the political body of 538 electors that are charged with electing the President and Vice President. Some have argued, citing examples from the 2016 election and five other presidential elections where the presidency did not go to the candidate who one the popular vote, that the electoral college skews the vote and hinders the democratic process of the United States. During midterms, however, the electoral college is not a factor in the voting process. Therefore, instead of going through a medium, in midterms your vote directly affects the outcome of each and every election.

There are people around the world who, due to the structure of their government or the leader of their nation, are not granted the right to vote. Millions of voices are suppressed because they are not allowed to express their political views through voting. In the United States, we are lucky to be able to enjoy such rights. Yes, there are flaws in the voting system in the United States. However without voting we would not be able to promote changes to fix those flaws or alter the system.