Dauber elected to Board of Education, recount for runner-up 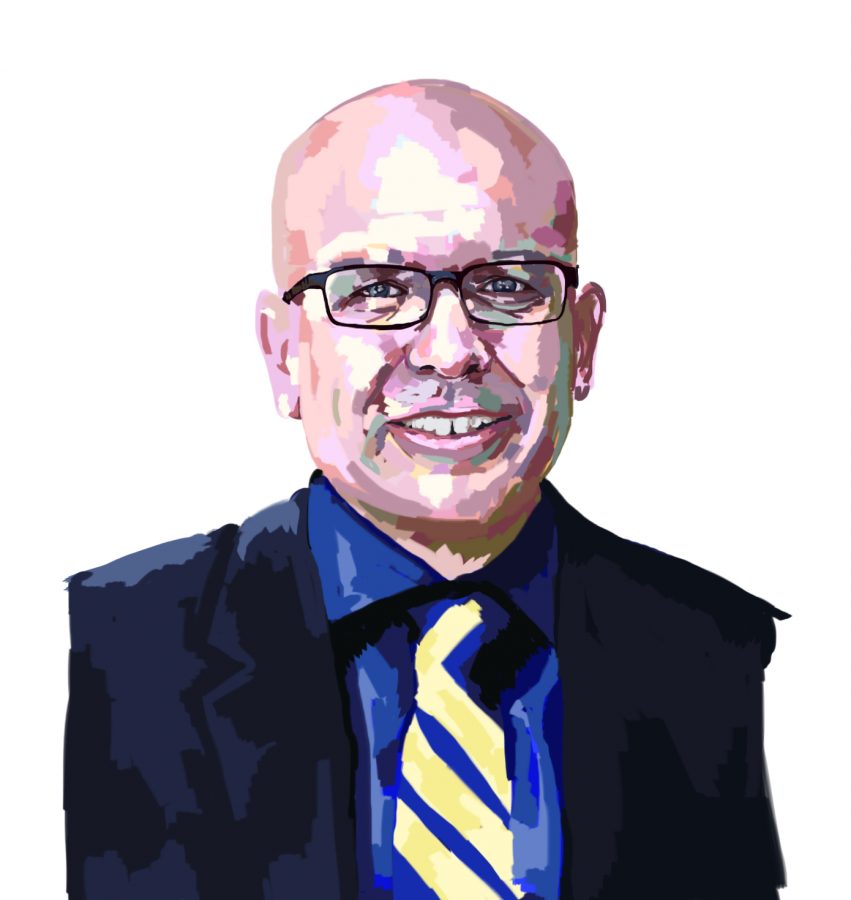 On Nov. 6, incumbent Ken Dauber was re-elected to fill one of two empty positions on the Palo Alto Unified School District (PAUSD) Board of Education, while Shounak Dharap, Stacey Ashlund and Kathy Jordan are competing for the second spot. The vote on Nov. 6 was close enough to warrant a recount for two positions.

In his next term, Dauber plans to continue to improve student well-being, particularly focusing on implementing a homework policy so that the quality and quantity of homework is consistent. “Students can choose the classes that they want to take without worrying about whether or not they’re taking on an excessive load,” Dauber said. He also supports computer literacy and is committed to ensuring that all students take at least one computer science class. He will also continue to improve special education services and plans to further address the achievement gap by helping students who have been historically underrepresented in the district. In addition, Dauber aims to strengthen district management and cost efficiency.

“I think that what was important to the voters in this election was continuing the strong trajectory that the district is on,” he said at his watch party. “We’ve made tremendous improvements in many areas from Title IX compliance to fiscal management to student well being, and I think that voters are saying that they want to see those policies continued for the next four years.”

Dauber, the former School Board president, was a clear winner, with 6,860 votes. However, Dharap, Ashlund and Jordan’s vote counts were close enough to require a recount after the polls closed at 8 p.m. on Wednesday. Dharap received 5451 votes. Ashlund received 5,426 votes. Jordan received 5,346 votes. Alex Scharf and Christopher Boyd received 1,859 and 205 votes, respectively. At press time, the official results have yet to been finalized.

On Facebook, Dharap posted: “That a young, non-traditional candidate like myself has made it to such a tight race is a testament to the community that has rallied around in support of my vision—a school district that supports every student to achieve their individual potential.” Ashlund, also on Facebook, posted: “Regardless of the outcome, I’m proud we ran an honest, positive campaign. It has been an honor to speak with so many voters across the demographics of our community.”

“I expected it to be tight, and it is,” Ashlund said.“We ran a good campaign and we’re still here, so I’m proud of our group.”

To Dharap, the close race is an indication that the community is engaged in local politics and prevalent school issues. “Everything we are trying to do, which is to talk about issues and get really healthy discourse following—it worked,” he said.

Ashlund thought that all the candidates were very qualified. “I was thrilled to know that we had two young people in their 20s,” she said. “That’s huge. I would also like to see more women running this.”

On election night, Ashlund had a public party at Celia’s Mexican Restaurant. Dharap also co-hosted a public party with Cory Wolbach, a candidate who did not win the Palo Alto City Council election, at The Patio. Ken Dauber co-hosted a private election night party with Alison
Cormack, a newly elected member of the Palo Alto City Council. Jordan had a private party with a number of parents who were invited via WeChat.

The three candidates expressed commitment to advocating for public education and their plans for the future. Jordan intends to continue speaking out on district issues regardless of the election results. She says that she plans to continue working on transparency and accountability issues in the district, stressing the importance of academic excellence. “I think what’s more important is the message that we’re bringing: that our students must come first,” she said.

For Ashlund, the most important thing about being a board member is being able to collaborate and converse with the other members. “No one board member gets to come in and have their say,” she said. “The question is of how do we convince one another about priorities and make those decisions via vote. I think that’s a very key part of the job is being able to work closely with your colleagues that you already have.”

Even though Scharf did not win the election, he has been invited to join committees to advise the school district as he is considering being politically active in the future. “I think I will have to see how I feel,” he said. “If [committee members] are willing to listen to the community, I might be willing to participate more. If they are more doing their own thing, I don’t know if I want to participate if it doesn’t seem to matter whether I participate or not.”

The candidates expressed their gratitude toward their supporters and other candidates. “It’s been an outpouring of support,” Dharap said. “This has been nothing short of amazing.”