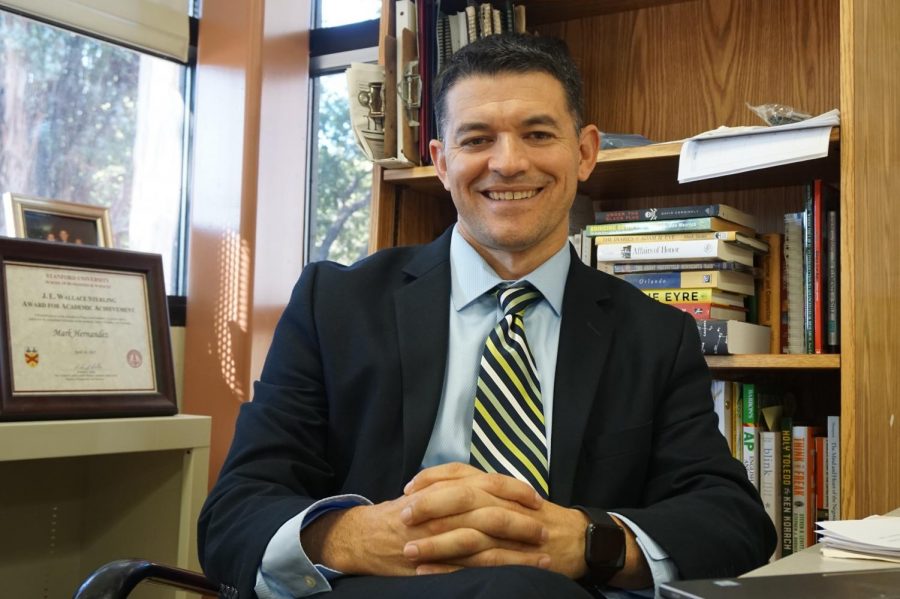 After 10 years with the girls water polo team, head coach Mark Hernandez has stepped down from his coaching position with the conclusion of the season.

This choice was a personal decision for Hernandez, as he has dedicated so much of his time to coaching both high school and club water polo. “It’s time to move on,” he said. “I feel like I’ve done a lot of work with the team, and I want to try other endeavors and get involved with other projects.”

Senior Michelle Fang is sad to see Hernandez go after so many years with the program. “He really built [the pro- gram] up from the ground, and made it the traditionally strongest team in the most competitive league in CCS,” she said.

Hernandez says that his last season has been emotional. “It’s been a lot of reminiscing,” he said. “Every phase of the year you do recalls all the other ones, such as all the differ- ent tournaments you’ve been to: games we’ve won, games we’ve lost, ways we’ve won and ways we’ve lost.”

The team had a record of 10-2 in their league this season, and was undefeated at home despite losing their All-American, or outstanding amateur athlete, goalie, Zoe Banks, last year.

One aspect of Hernandez’s coaching style that his athletes will miss the most is his unique character and iconic catchphrases during practices and games. “I think one of my favorite parts of having him as my coach is being able to see him on deck and contrasting that to his personality in the classroom, and all of the interesting sayings I’ve collected over the years,” Fang said.

Junior Cooper McKenna says that one of his most iconic sayings is “that’s bad (or good) for business” to categorize strategies, which the team made into a T-shirt.

As for Hernandez, the aspects of the sport that have been the most memorable were those that involved team improvement. “I’ll miss the players a lot, and I will miss the game day a lot,” he said. “I like making changes and seeing the team grow, and that comes from practice.”

One of the parts of coaching for water polo that Hernandez will miss the most is the exhilarating wins, ones involving comeback victories or upsets. The organizational facets of the sport, on the other hand, he will not miss as much.

Fang says that the culture and environment of the girls water polo team next year will definitely be different. “I honestly don’t know what Gunn polo is going to do after he leaves,” she said. “He’s been so dedicated to our program and his presence has been grounding for everything we’ve done.”

Despite not knowing who next year’s coach will be, the players remain optimistic that the team will continue its tradition of excellence. “Every coach is different and you get to learn new things, get new perspectives and a different style of playing from each one,” McKenna said. “I also think I and the other upperclassmen on the team want to try to continue a lot of the team’s traditions to make sure they don’t disappear.”

Despite stepping down, Hernandez hasn’t counted out ever coaching the team again. “Life takes you to different places and directions, and sometimes it takes you to places you don’t expect,” he said. “So I haven’t ruled it out entirely, but I do need to step down for a while.”