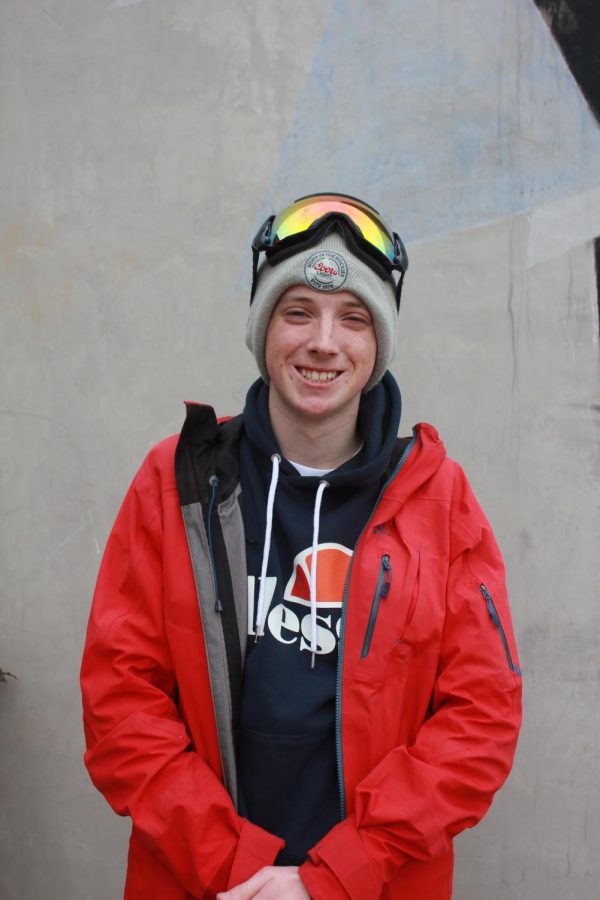 Six feet of fresh, sparkling snow has fallen and blanketed Squaw Valley, the site of the 1960 Winter Olympics, in the past week. For senior Patrick Gersh, taking advantage of the soft snow covering the steep, groomed slopes of the Squaw Valley Ski Resort has been at the top of his to-do list every weekend this ski season. “I have to go up to Tahoe every weekend for practice and competition since I’m on the Squaw Valley ski team,” Gersh said. “The snow is really good right now because the temperature has been fairly low.”

Each day, he spends approximately seven hours skiing, starting at 8 a.m., with a 30-minute break for lunch. “I first get my skis and poles from my locker and head over to my ski team’s warm-up spot,” Gersh said. “We run up to the top of a run, do some core workouts and start skiing until 3.” After a long day, he returns to his home in Tahoe around 4 p.m, studies, eats dinner, goes to bed at 10, and the cycle repeats the next day.

Gersh believes that Squaw’s ski resort has more to offer than the numerous other resorts in Tahoe. “In my opinion, it has the best terrain of any resort in Tahoe, and Squaw also gives out free Clif bars every once and a while, so that is a big plus,” he said.

Gersh’s journey in the world of competitive skiing originated in Squaw Valley. Although Gersh began skiing at Kirkwood at the age of six, he relocated to Squaw the following year and later joined the ski team. “I started participating in competitions around Tahoe and the U.S. when I was 12,” he said.

During his summers, Gersh works at the Tahoe Donner Marina and the Truckee Dairy Queen and also enjoys sailing on Donner Lake in his free time. “Each season offers numerous activities, so there is something for everyone,” he said. “I love sailing, but I like the winter season more because Tahoe gets very busy during the summer.”